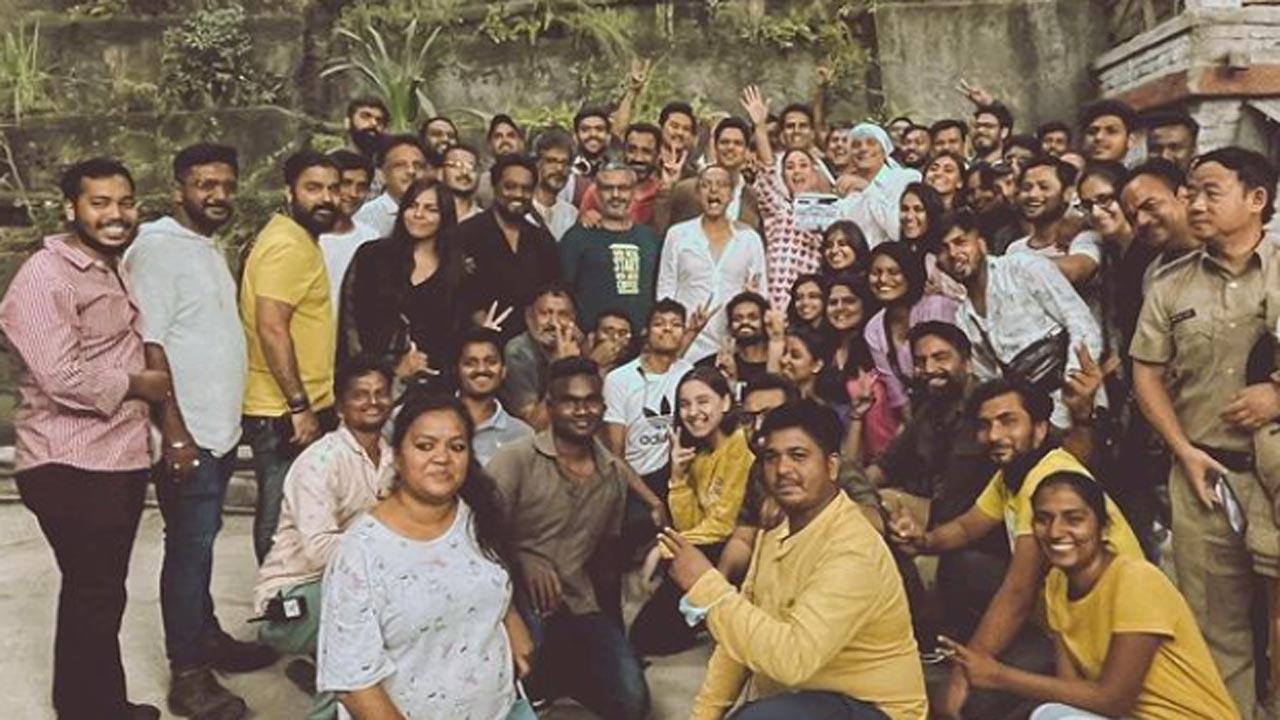 
Bollywood diva Kareena Kapoor Khan is busy shooting for her OTT debut with Sujoy Ghosh's yet-to-be-titled directorial but she takes time out to entertain her fans by sharing pictures from the shoot. Recently, she posted a series of photographs from the sets of her OTT film on social media.

Bebo took to her Instagram handle on Saturday and dropped pictures from the sets where she can be seen posing with the crew of the movie.

The snaps also featured Sujoy Ghosh with a clapboard.

In the snaps, Kareena can be seen with her co-actors Jaideep Ahlawat and Vijay Varma and director Sujoy Ghosh.

In one of the pictures, Kareena can also be seen with her husband and actor Saif Ali Khan and son Taimur Ali Khan.

Calling the shoot 'The best rise', she wrote, "DSX! The best crew, best ride, best times... and I'm pretty sure the best film too. Get ready @netflix_in... this one is. @jayshewakramani @akshaipuri @itsvijayvarma @jaideepahlawat #SujoyGhosh."

To note, Kareena's OTT debut is a murder mystery and will stream on Netflix. It is a screen adaptation of one of Keigo Higashino's most acclaimed works, 'The Devotion of Suspect X'.

Meanwhile, on the work front, Kareena is also awaiting the release of 'Laal Singh Chaddha' starring Aamir Khan in the lead role. The movie is set to release in theatres on August 11, 2022.