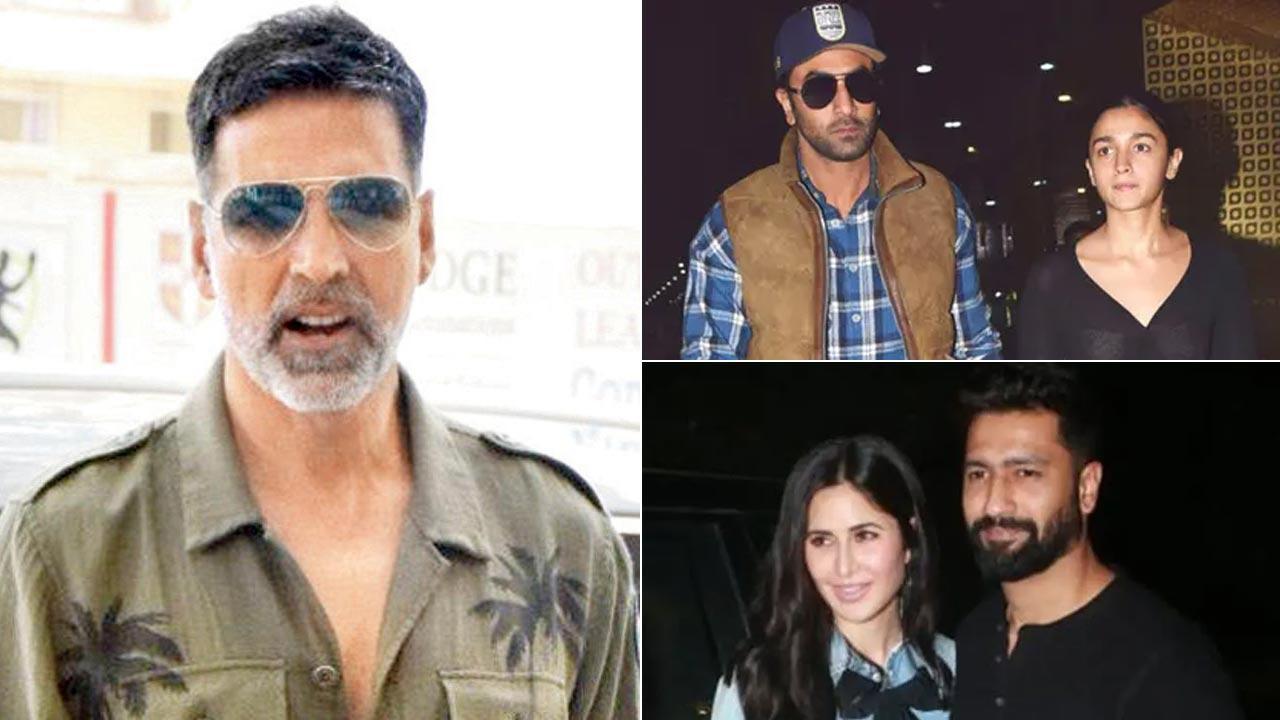 
Karan Johar, during the quirky rapid-fire session with the 'Bhagam Bhaag' actor, asked "What marriage advice would you give to the following newly married actors? To Ranbir Kapoor?In response to this, the 'Phir Hera Pheri' actor just gave a short piece of advice and said, "Happy wife, Happy Life".

Karan further asked about the advice Akshay would love to give to Katrina and Vicky, to which the 53-year-old actor said, "I know her very well, so, Katrina...don't eat his ears off..just slowly nibble it", and for the 'Uri' actor, he advised, "Make her a home gym and you will see her more at home."The third episode ended on a happy note, with the 'Atrangi Re' actor winning the quirky rapid-fire round with 83 per cent votes of the live audience and Samantha winning the buzzer round.

Ranbir and Alia tied the knot on April 14, 2022, at the 'Rockstar' actor's Mumbai residence 'Vaastu' in an intimate ceremony with closest friends and family members after dating for almost five years.

Vicky and Katrina, on the other hand, got married in a magnificent wedding in Rajasthan on December 9, 2021, in the company of close friends and family. Before their marriage, neither Vicky nor Katrina commented on their relationship.

Akshay tied the knot with actor and writer Twinkle Khanna on January 17, 2001. They are parents of two children son Aarav and daughter Nitara.

Next Story : 'Koffee with Karan 7': Samantha Ruth Prabhu calls reports of her asking Rs 250-cr alimony 'made up'