Masaba Gupta gets back at trolls in recent post

On Tuesday, Masaba took to her Instagram story and shared a screenshot of an insensitive comment made by a troller 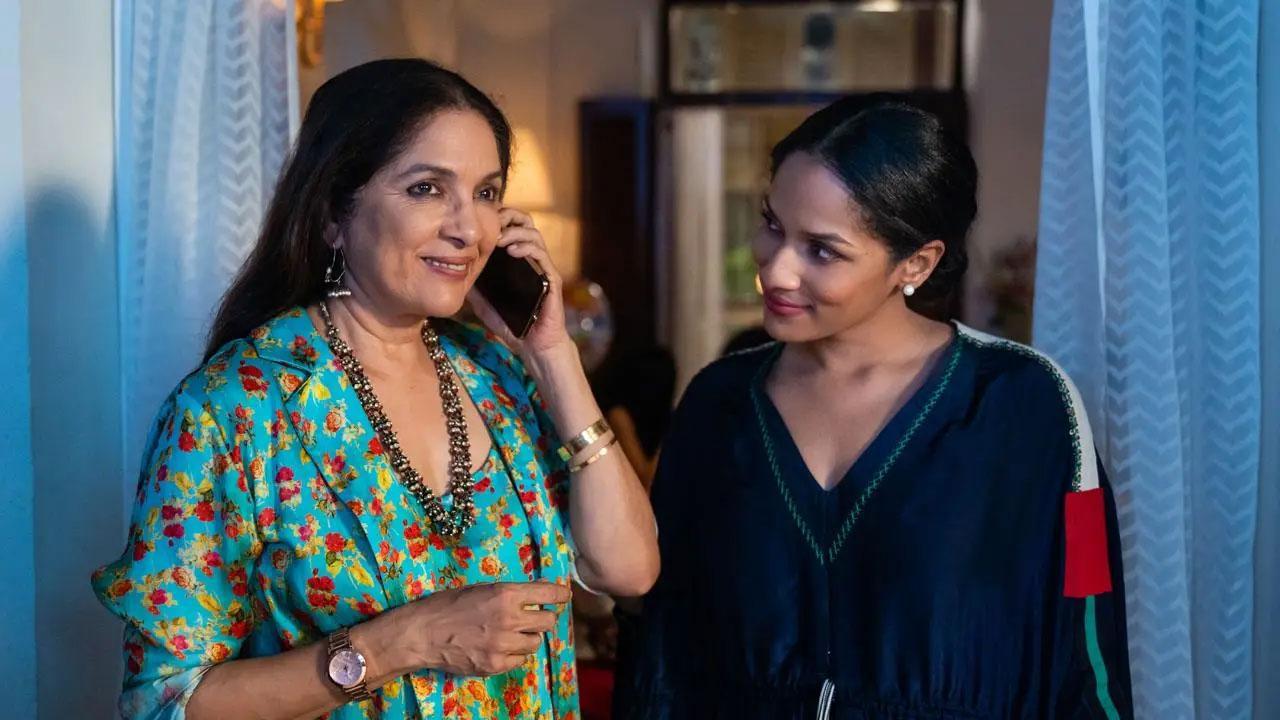 A still from 'Masaba Masaba' (Photo/PR)


Actor-designer Masaba Gupta slammed a social media user, who body-shamed for her looks on her latest post. On Tuesday, Masaba took to her Instagram story and shared a screenshot of an insensitive comment made by a troller. In the screenshot, the comment that read, "You look so bad... It's an irony that you are in the fashion and entertainment industry."

Giving back to the troller, 'Masaba Masaba' actor wrote, "That's cute. Let's be clear being in any industry has to do with talent. Crazy hard work. Wild discipline. Yes? Yes. As for my face, that's just a pretty bonus (as is my mind that is as sharp as a knife and your b******* wouldn't get past it even if you tried)."

Also Read: 'Would like to inform something to trolls targeting me for wearing shorts'

Meanwhile, one of the most loved Indian series on Netflix - 'Masaba Masaba' is now back! The second season of 'Masaba Masaba' is set to hit the OTT platform on July 29, exactly a month from now. The first teaser of the show was shared by Masaba herself on Instagram.

Going by the looks of it, the show is going to have a mix of old and new elements in season 2. In the teaser, Masaba is seen tackling new highs and new lows, and this time around - she's cleaning up the hot mess!

Tackling new paths in their careers, new (and old) love interests, grief, emotions and competition - the mother-daughter duo - Neena Gupta and Masaba look fresh and promising in the teaser. Season 2 navigates through the lives of these two women and how they cross tough terrains and rough patches along the way.

Also Read: Neena Gupta hits back at trollers for calling out people who wear short clothes

The first season of 'Masaba Masaba' was released in August 2020.