Neena Gupta: Masaba has a lot of potential as an actor

Admitting she was wrong to have curbed her daughter’s acting aspirations, Neena Gupta heaps praise on designer as Masaba Masaba 2 hits screens 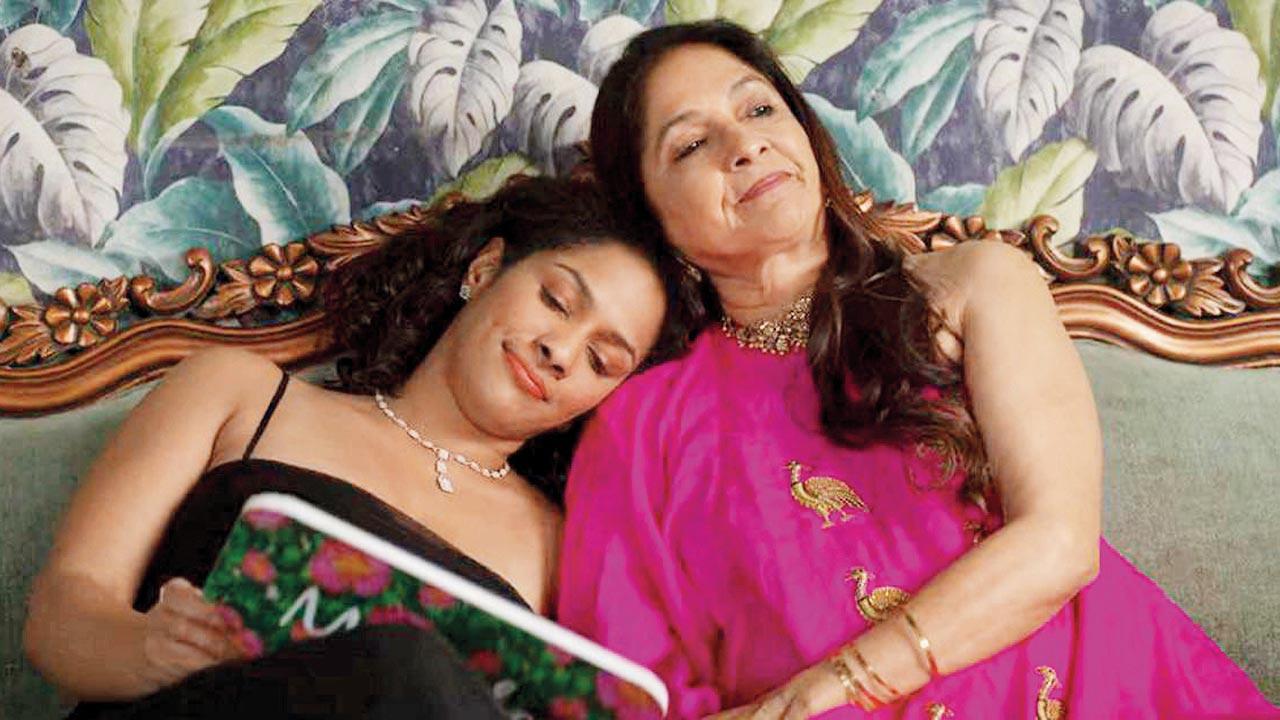 
In highlighting the unique life that Masaba Gupta has led as a fashion designer, the Netflix offering Masaba Masaba also showcased the youngster’s fine acting prowess. Ahead of the release of the second season of the show, mother Neena Gupta, who also features in the series, admits that she was wrong to curb her daughter’s acting ambitions early on. “When I saw the first season, I was surprised. I am Masaba’s biggest critic. She gets upset because I always criticise her, but that’s the role of a mother. But, I was so impressed with her work that I said sorry to her for not letting her act. She has a lot of potential as an actor.”

Never one to shy away from asking for work when she needs it, Gupta reveals that for her, finding relevance implies showcasing honesty towards her work. “The things that I did in the past had to be done due to the circumstances. The things I do now are also because of the circumstances prevalent today. I have to be happy with whatever I do. I believe that when I am happy, I am being relevant to myself. If I am relevant to myself, I am relevant to people.”

This edition of the show will also focus on mental health, and other essential subjects. Gupta calls it a progressive show that isn’t “shy to showcase the reality”. “We are not crude to talk about it in a particular way. We addressed it sensitively. Every parent is a kid’s support system. The important point that [we’re highlighting] is that you can talk to your parents, and friends about your issues. Back in the day, I could not talk to my mother like Masaba talks to me today. The whole dynamics has changed. In nuclear families, we don’t know whom to talk to. We keep things [bottled up] and they come out in horrible ways. Watching how a mum and daughter talk may help people [do the same].”

The first season of the series showcased Masaba’s rise to the top spot in the world of fashion. Season two releases today.