Pointing out that Menen is an intuitive actor like her, Revathy thrilled to collaborate with her for Modern Love Hyderabad 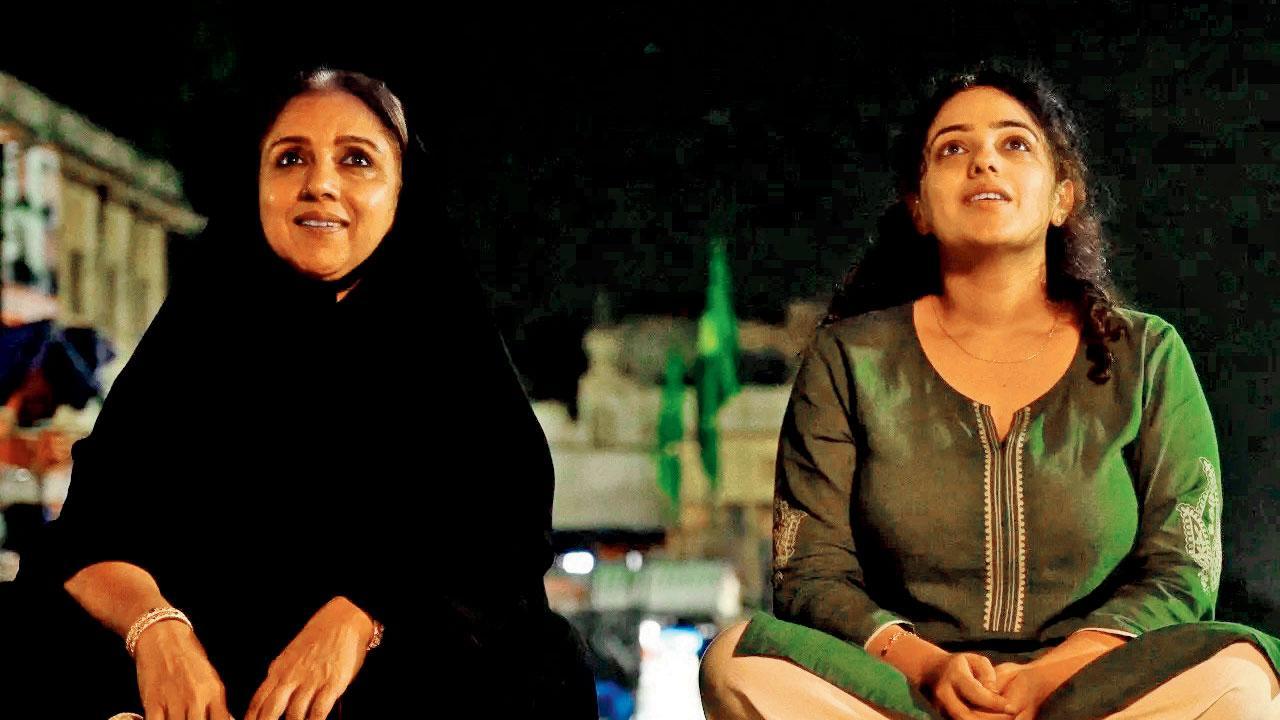 A still from My Unlikely Pandemic Dream Partner


It’s spontaneity over prep for Revathy, an idea that Nithya Menen too subscribes to. Which is why the two actors were eager to see how they would feed off each other’s energy if they shared a frame. The wait, they admit, was long. But with Modern Love Hyderabad, their plan has finally materialised. Director Nagesh Kukunoor’s short film, My Unlikely Pandemic Dream Partner, sees Revathy and Menen play a mother-daughter duo.

Also Read:   Kajol and Revathy to unite for a special film titled, 'The Last Hurrah'

“The good thing about Nagesh is that he doesn’t like too much prep. I don’t believe in [preparing intensely] either; I feel the intuitive reaction from actors is always better. Nithya and I are similar in the way we work. Working with her was long overdue. A few projects that we were supposed to do didn’t work out. So, when this happened, we took it up immediately,” laughs Revathy. That the short film centred on two strong and independent women was another incentive. Menen elaborates, “As a mother-daughter duo, we fight a lot, but we also make up. Our characters have strong opinions.”

The senior actor-director notes that the Amazon Prime Video offering is an example of a shift in the way women’s roles are being written. “The OTT world is amazing for middle-aged women [actors]. The characters are not reduced to sisters or mothers; there are strong roles written for 50-plus women. At my age, I am enjoying the offers that I am getting,” states Revathy, who has also wielded the directorial baton for Salaam Venky, a Hindi feature film with Kajol. “I am in a phase where I want to be the captain of the ship. Kajol is a lot like us; she is [present in] the moment. I enjoyed collaborating with her.”

Next Story : 'Koffee With Karan 7': Alia Bhatt bowled over by Kriti Sanon's performance in MiMi