20 years since the 2002 Gujarat pogrom: A timeline of the violence and its aftermath

Estimates vary but over 1,000 lives were lost to the violence that overran Gujarat in 2002. Twenty years have passed, and communal discord continues to threaten secular harmony in the country.  To understand how such a crisis could unfold, we look back and reflect upon the timeline of events 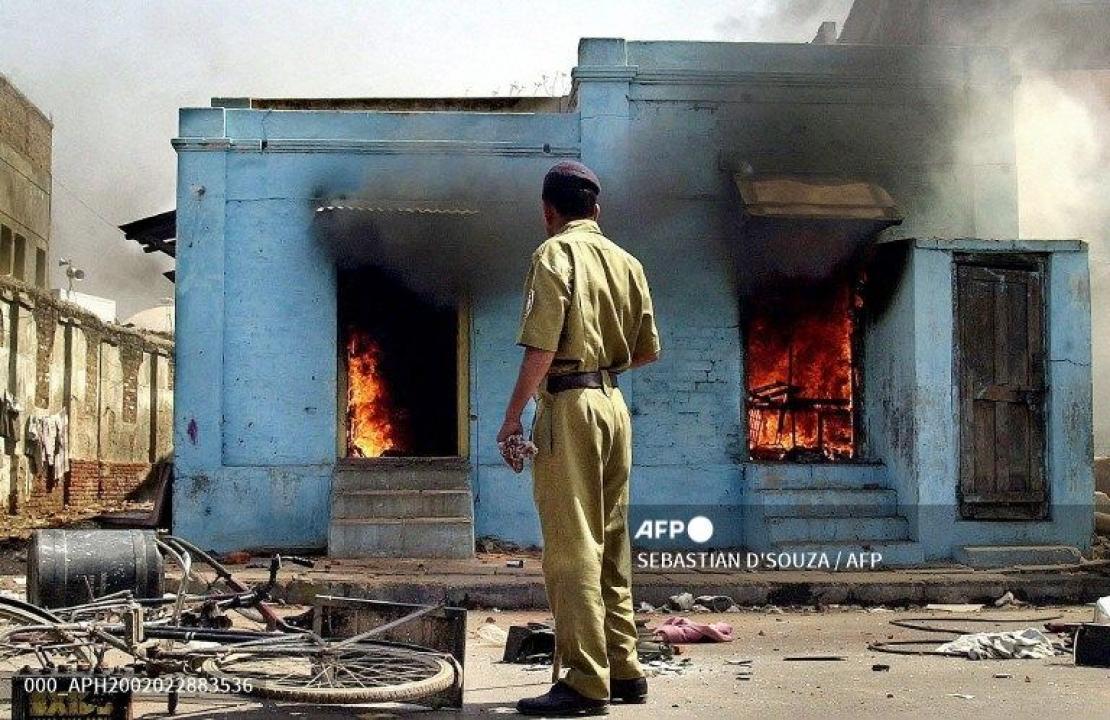 A policeman stands by as shops infront of a mosque are set ablaze in Ahmedabad on February 28, 2002. Pic/AFP


Gujarat had been a hotbed of communal tensions since the 1960s, but the scale of the violence that ensued in 2002 shook the socio-political fabric of modern India. Be it urban centres like Ahmedabad, or rural villages, the state of Gujarat burned for days as mobs took to looting and killing. The government first revealed the death toll during a parliamentary session in 2005. According to official figures, 790 Muslims and 254 Hindus were killed, 223 were missing, and 2,500 were injured. Human rights groups suggest that these numbers were grossly underreported, and that the loss of life ran into the thousands. To help us understand how the violence unfolded, below is a timeline of events. 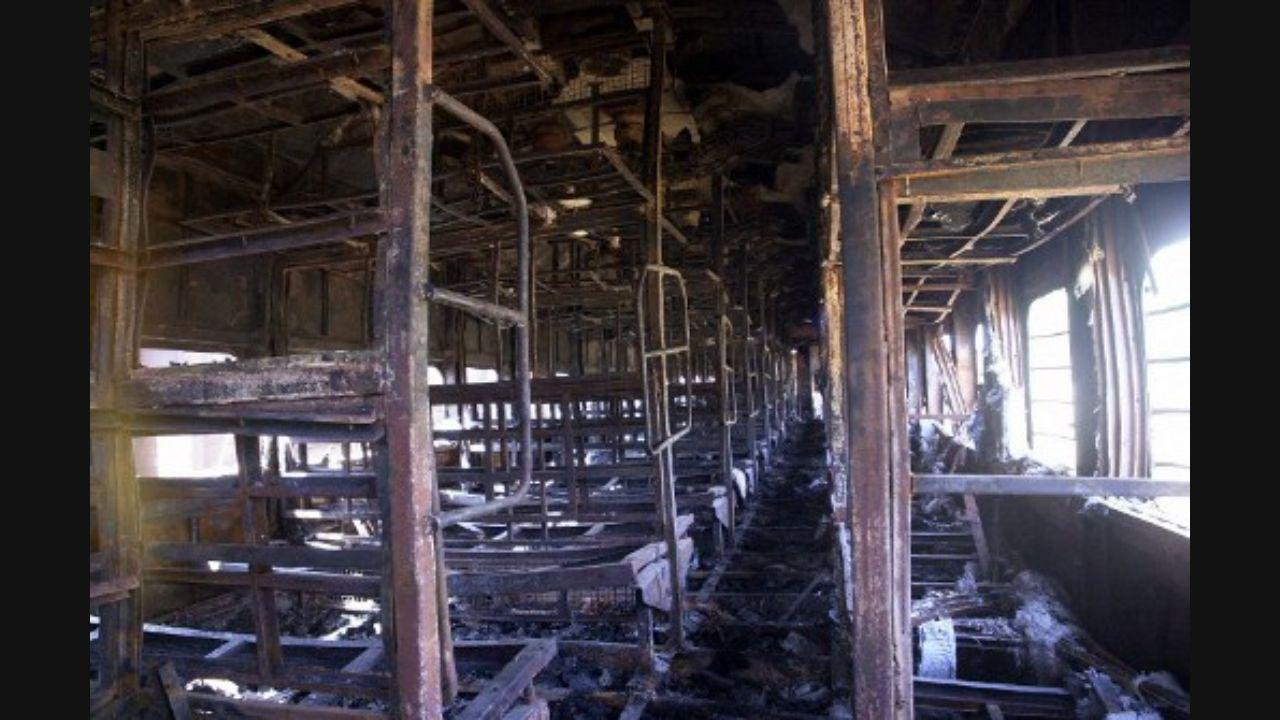 Carriage S-6 of the Sabarmati Express carrying 'kar sevaks' was charred beyond recognition on February 27, 2002. Pic/AFP

On its way to Ahmedabad from Ayodhya, the Sabarmati Express, which was carrying thousands of ‘kar sevaks’ associated with the Vishwa Hindu Parishad was attacked by a mob at Godhra railway station on February 27, 2002. What began with stone pelting ended with four coaches being set on fire. As many as 59 people including 27 women and 10 children lost their lives, while 48 others were injured. This act of mob violence is considered to be the trigger for the events to follow. 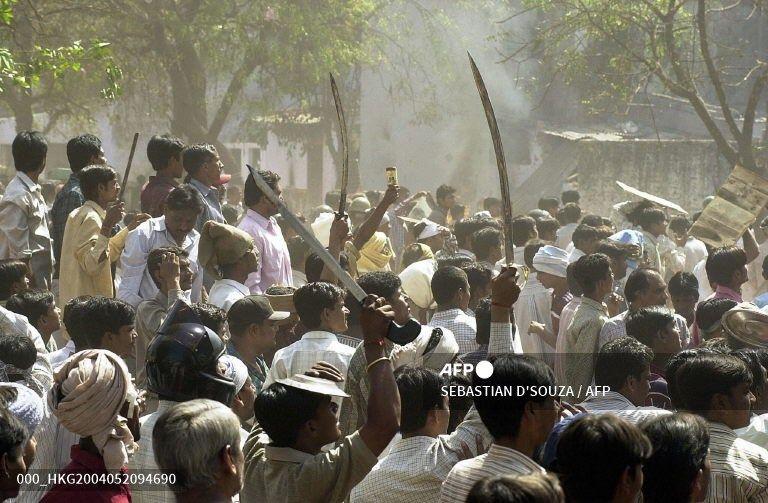 Agitated mobs, armed with swords, took to the streets in broad daylight in the state capital of Ahmedabad on March 1, 2002. Pic/AFP

The news of the events at Godhra spread like wildfire across the state. Widespread arson, looting, rape, and killing occurred throughout as thousands took to the streets in Gujarat in retaliation for the murder of pilgrims. The two biggest massacres included Naroda Patiya, where 90 people were killed, and Gulbarg Society, a Muslim housing complex where 69 people perished.  Ehsan Jafri, a former Member of Parliament from the Indian National Congress party was hacked to pieces and burned in the Gulbarg Society massacre.

Widespread allegations surfaced that the state government and allied Hindu nationalist organisations provoked the mobs instead of preventing violence. As February 28 drew to an end, a curfew had been declared in 27 towns and cities across Gujarat. Then Chief Minister of the state, Narendra Modi stated that the violence was no longer as intense as it had been and that it would soon be brought under control. He assured that the army would be deployed to support the police if required. However, the troop deployment was withheld by the state government until 1 March, when the most severe violence had ended. 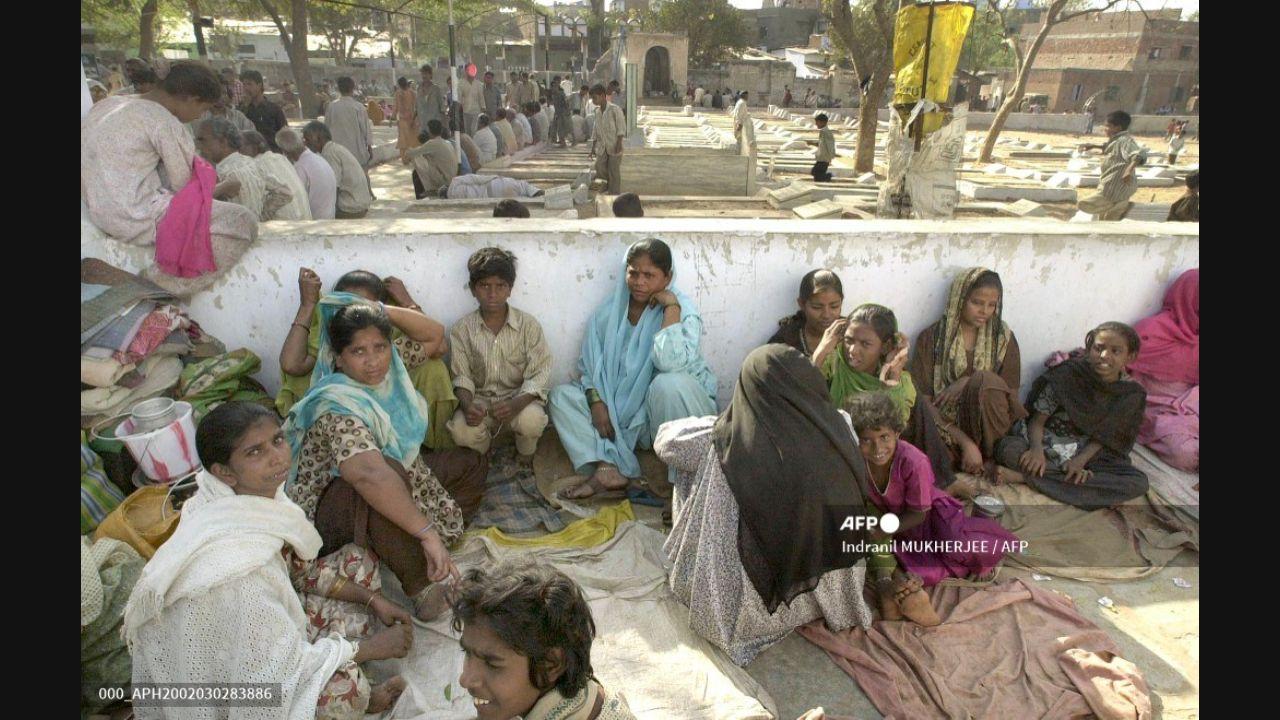 Widespread violence and arson led to the displacement of thousands across Gujarat. In this photo, homeless people whose houses were burnt sit at camp Bapu Nagar in Ahmedabad on March 2, 2002. Pic/AFP

Vadodara was also engulfed in the bloodshed, when a mob targeted and burned down a bakery run by a Muslim family, who had taken refuge inside. 14 people (11 Muslim family members, and 3 Hindu employees) burned to death, but all of the 21 accused were acquitted by the court due to lack of evidence and inept police work when the case was first tried. The Best Bakery case came to symbolise the carnage in 2002. After years of litigation and on the basis of eye witness accounts, four of the accused were handed out life sentences which were upheld by the Bombay High Court.

The Sadarpura massacre case, wherein 33 Muslims burnt to death by a mob, was one of the nine cases probed by the Special Investigation Team (SIT). In 2016, the Gujarat High Court upheld the conviction of 17 persons in this case.

After incidents of communal violence continued to be reported for more than two months, a historic unanimous vote to authorise central intervention was passed in the Rajya Sabha. For the first time in Indian history, a motion moved by the opposition was passed unanimously. The censure motion seeking effective federal intervention under Article 355 intended to secure greater protection and relief for victims.

In March 2008, the Supreme Court ordered the setting up of a Special Investigation Team (SIT) to re-investigate the Godhra train burning case along with key cases of post-Godhra violence. The probe’s accuracy and intent was discussed in the media and challenged by victims, some of whom chose to file petitions. In 2012, the SIT gave 64 people including Narendra Modi, who was state chief minister at the time, a clean chit in the post-Godhra Gulberg massacre case stating no incriminating evidence was found.

The massive brutality left thousands of victims in its path. Multiple cases are pending justice in the courts, including the protest petition by Zakia Jafri, the wife of slain Congress leader Ehsan Jafri. In her complaint against the clean chit received by Narendra Modi, now the Prime Minister, and 63 others, she alleged that the state government and police were complicit in the 2002 Gujarat violence. In November 2021, lawyer Kapil Sabil argued in the Supreme Court that the SIT did not investigate evidence which was obvious, including call details, records of police officers, and the roving mobs which unleashed violence.