Hazarika, who was also an acclaimed poet and filmmaker, was known for his baritone voice and for making music on themes ranging from romance to social and political commentary 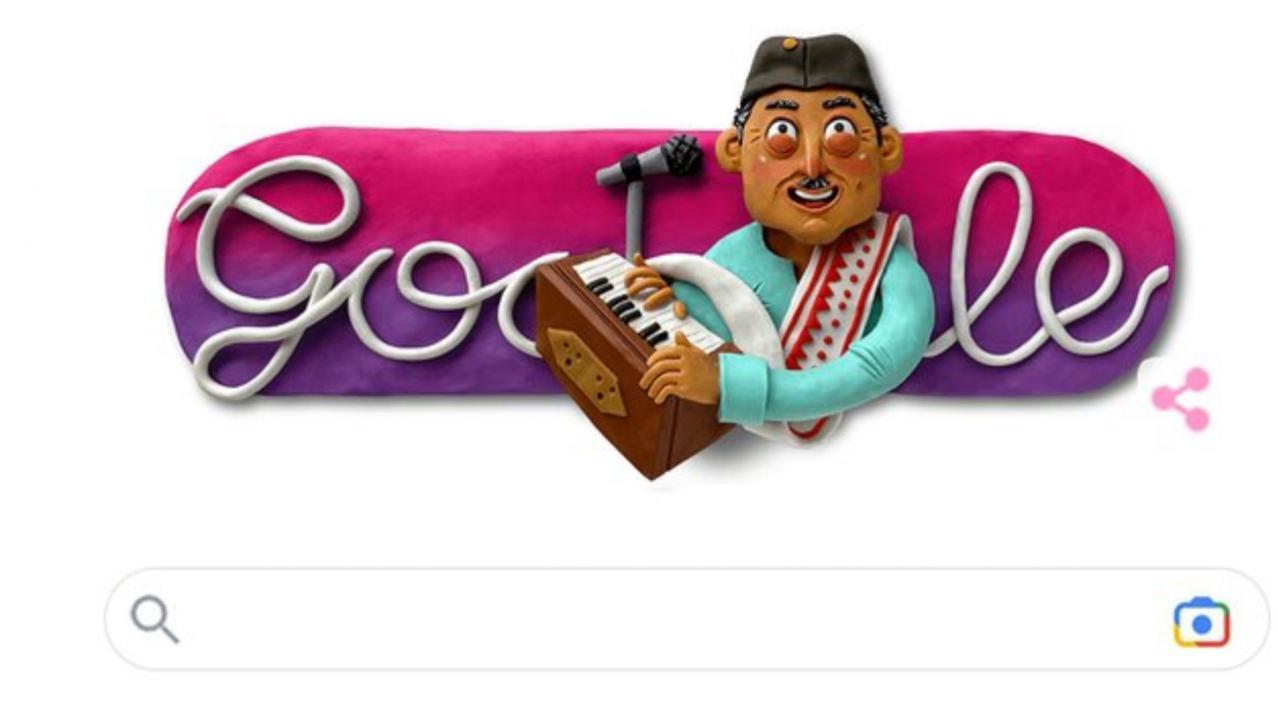 The singer was born on September 8, 1926, and passed away on November 5, 2011. Photo Courtesy: Google India's Twitter account


Google has paid tribute to Indian singer, composer and filmmaker Bhupen Hazarika on his 96th birth anniversary with a creative doodle that shows him playing the harmonium and singing, some of his many talents. The doodle depicts him colourfully with a whimsical illustration on its homepage.

Hazarika was most popular in West Bengal and Bangladesh and was responsible for introducing the culture and folk music of Assam and Northeast India to Hindi cinema.

He was known for his baritone voice and for making music on themes ranging from romance to social and political commentary. Some of his renowned works in Assamese music which audiences still enjoy include 'Bistirno Parore,' 'Moi Eti Jajabo,' 'Ganga Mor Maa,' and 'Bimurto Mur Nixati Jen'.

On the occasion of Bhupen Hazarika's birth anniversary, union minister, Amit Shah shared a post and wrote, "I bow to Bharat Ratna Dr Bhupen Hazarika Ji, an amazing musician with an exceptional voice, on his Jayanti. With his versatile and mesmerising songs, he popularised Indian music & Assamese folk culture across the world. His contribution to the world of music & art is commendable."

Also Read: Onam 2022: Mumbai’s Keralites are excited to bring back festivities with rituals and traditional sadhya

Are you celebrating Onam today?

Next Story : A verse for the Queen: What writers and lyricists wrote about Queen Elizabeth II