Navratri 2022: The nine forms of Goddess Durga worshipped during the festival

People in different parts of the country celebrate Navratri festival differently. Though they worship the same deity, performing different rituals 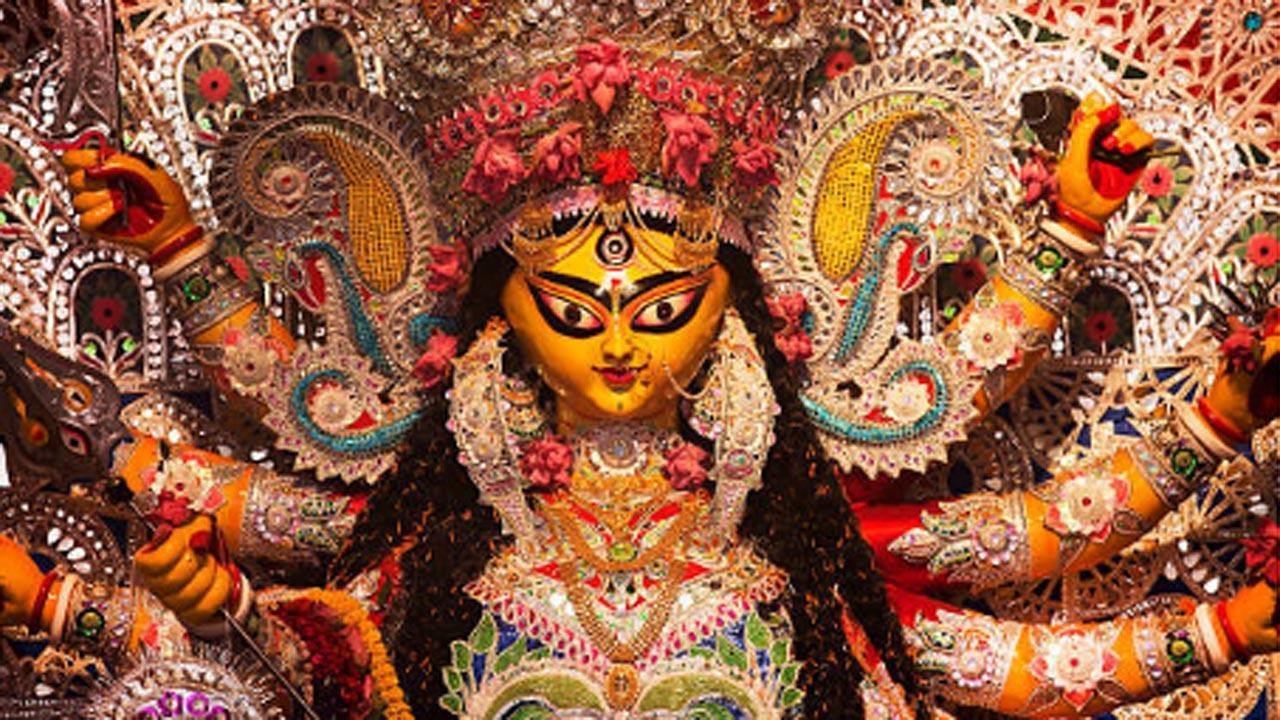 
Navratri is a nine-day festival in which nine forms of Goddess Durga are worshipped. It is one of the most significant festivals celebrated by Hindus all across India with great fervour. Chaitra Navratri and Sharad Navratri are celebrated widely. People in different parts of the country celebrate this same festival differently. Though they worship the same deity, different rituals are performed by different communities.

Day 1
The first manifestation of Goddess Durga is Goddess Shailputri. She rides a bull named Nandi while holding a Trishul in one hand and a lotus in the other. Goddess Parvati was born as the daughter of Himalaya, and Shail means mountain in Sanskrit, so she is known as Shailputri.

Day 2
Goddess Brahmacharini is honoured on the second day of Navratri. The goddess walks barefoot, holding a sacred Kamandalu in one hand and a rudraksh mala in the other. This goddess' meditative form represents Goddess Parvati when she was deep in meditation to please Lord Shiva.

Day 4
The fourth day of Navratri, Chaturthi, is dedicated to Devi Kushmanda. Kushmanda is a combination of three words: 'Ku' (small), 'Ushma' (warmth or energy), and 'Amnda' (egg), which means the creator of the universe.

Day 5
Panchami is another name for Goddess Skandmata, who is worshipped on the fifth day. Skandmata is a four-armed deity who carries a lotus in two of her arms, a sacred Kamandalu in the other, and a bell in the other two. She also has a small Kartikay on her lap, and as a result, Kartika is also known as Skanda. She's sitting on a lotus.

Day 6
Goddess Katyayani, a form of Shakti, is honoured on the sixth day of Navratri. Katyayani, also known as the warrior goddess, is one of Goddess Parvati's most violent manifestations. She has four arms and is armed with a sword. She is Sage Katyayan's daughter and rides a lion.

Day 7
Saptami, or the seventh day of Navratri, is dedicated to the Goddess Kaalratri. According to legend, she sacrificed her skin colour and embraced a dark complexion in order to kill demons. She is a four-armed goddess who rides a donkey and wields a sword, trident, and noose. She has a third eye on her forehead, which is said to hold the entire universe.

Day 8
Durga Asthami, or Navratri's eighth day, is dedicated to Goddess Mahagauri. She is a four-armed deity who rides a white elephant or a bull. In her hands are a Trishul and a damru.

Day 9
The ninth and final day of Navratri is dedicated to Goddess Siddhidhatri. She is depicted as a four-armed deity sitting on a lotus, holding a mace, a discus, a book, and a lotus. Goddess Durga in this form represents perfection.

Next Story : Durga Puja 2022: All you need to know about the annual festival