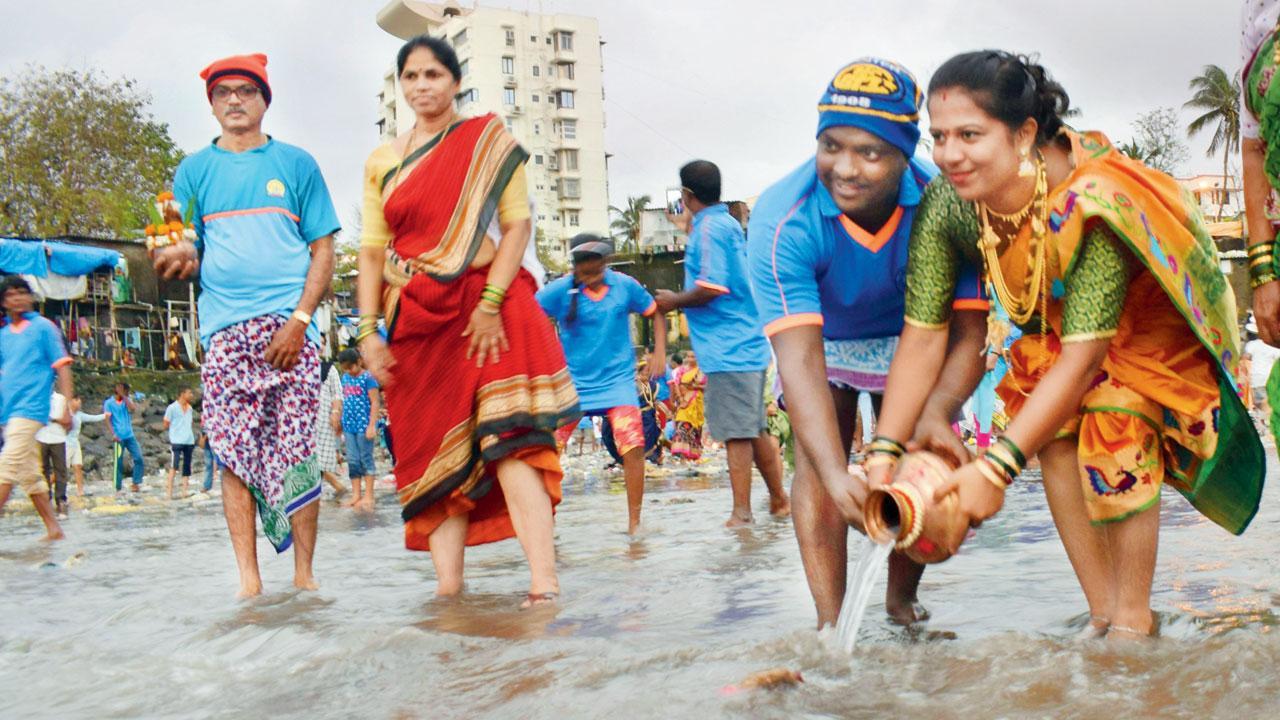 People from the Koli community celebrate Narali Poornima in the city


The sweet aroma of narali bhaat (coconut rice) wafts through the air in Koli households on Narali Poornima (Coconut Day) — when fisherfolk from the community venture back into the sea after over two rainy months. Bhavesh Koli, owner of Mi Hi Koli, the Thane and Mulund-based restaurant, shares that every Koli family has their own recipe of the dessert, which he also serves at the eatery. It’s prepared after they worship the fishing boats and offer coconuts and prayers to the sea god seeking to keep fisherfolk safe.

Koli, who lives in Thane, has been heading to Kalwa Bridge every year to offer his prayers. “In some [Koli] gaons, fishermen take out a jatra and parade decorated coconuts. Because we live close to the coast, the coconut plays an important role in our lives,” he explains. The restaurateur recalls that in Naigaon, where his aunt resides, for 15 days prior to the poornima, people leave their coconuts in water to harden their shell. “On Narali Poornima, they attempt to break the coconuts; whoever’s coconut breaks first, loses.” 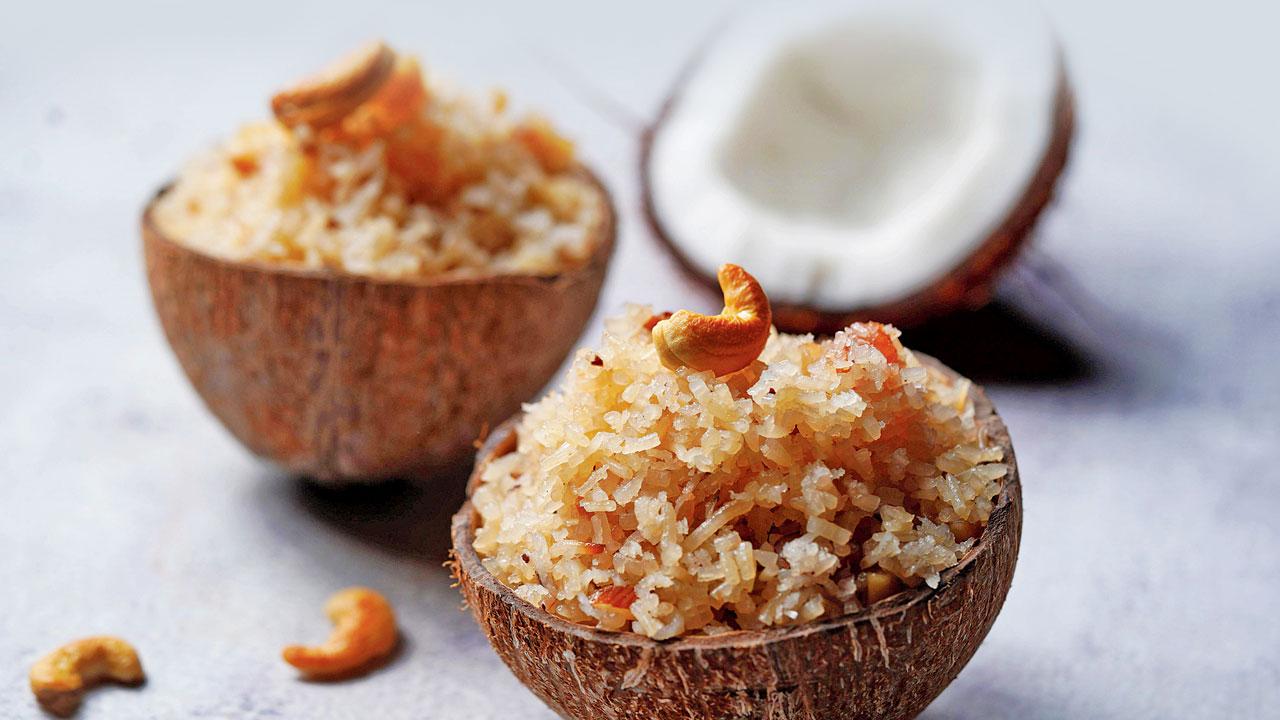 Method
Heat ghee in a pan and fry the chopped dry fruits for a minute. Once the raisins puff up, and the nuts turn slightly brown, set them aside. In the same pan, add one tbsp ghee. Saute cloves and green cardamom; once they puff up, tip in the soaked rice. Fry the rice in ghee on low heat for one or two minutes. Mix in water and salt. Now, pour coconut milk. Allow the mix to boil on medium heat. Sprinkle some saffron (optional). Stir well. Cover and cook on low heat. Meanwhile, in a large bowl, add grated fresh coconut and chopped jaggery. Sprinkle fried dry fruits on it. 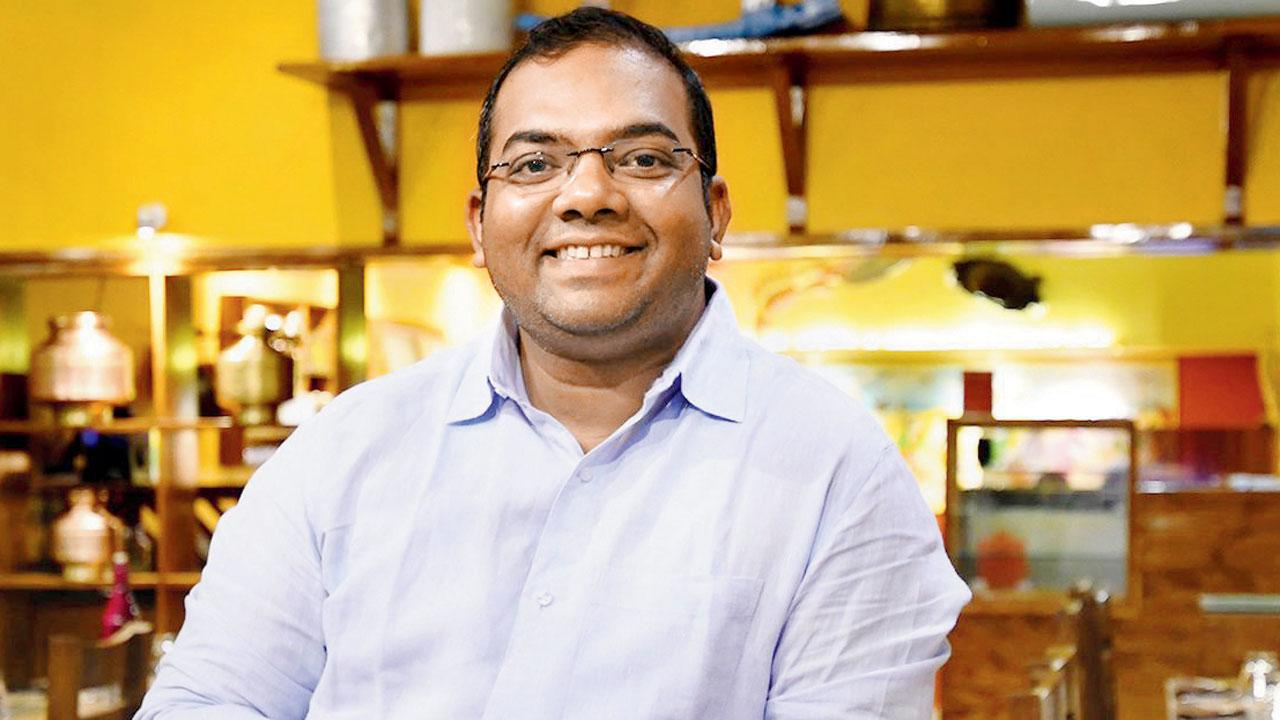 Once the rice has cooked on low heat for five to six minutes, remove and spread it out on a large plate. In the same pan, add one tbsp ghee. Add the coconut mixture and evenly layer the bottom of the pan. Now, add the cooked rice and evenly spread it into another layer. Cover and cook on low heat. After two minutes, the jaggery will have melted. Add some more ghee. Steam-cook narali bhaat for two more minutes. Take it off the heat and keep it covered until you’re ready to serve.