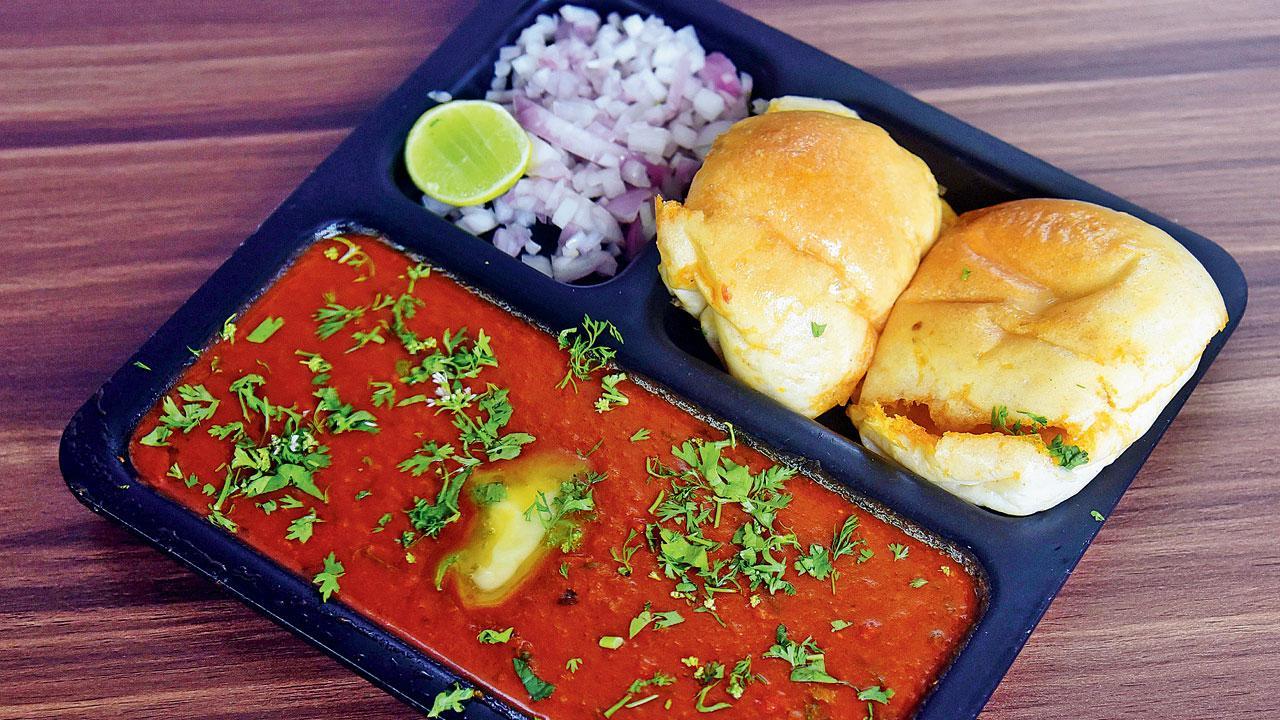 
Krishna Shetty’s honesty is as refreshing as the filter coffee that has been brewed at Matunga’s Ramashraya for 83 years. “A new place brings many challenges, and we are ready to work on them and offer the best of Ramashraya to our new and old customers at the Lalbaug restaurant,” says the youngest of the Shetty brothers. Krishna (in pic) manages the new Lalbaug outlet of the iconic Udupi hotel, but his older brothers — Akshay and Amarjit — are the soul of the restaurant that was started by their grandfather Shyambabu Shetty, he tells us. Krishna who has appeared on television shows such as Dil Hi Toh Hai and Time Machine, has always focused more on his career as an actor.

For this reviewer, who has spent five great years of her life eating Mysore dosas  and melt-in-your-mouth butter idlis (Rs 48) at Ramashraya while studying at Ruia College, news that the Matunga landmark had opened a second outlet came as a pleasant surprise. Traditional family-run restaurants and cafés of Mumbai are most comfortable in their own corners of the city. In fact, the first change we saw at Ramashraya was a decade ago. Back in 2012, they made the first-ever and absolutely welcome addition to their OG menu with seasonal fruit sheeras. 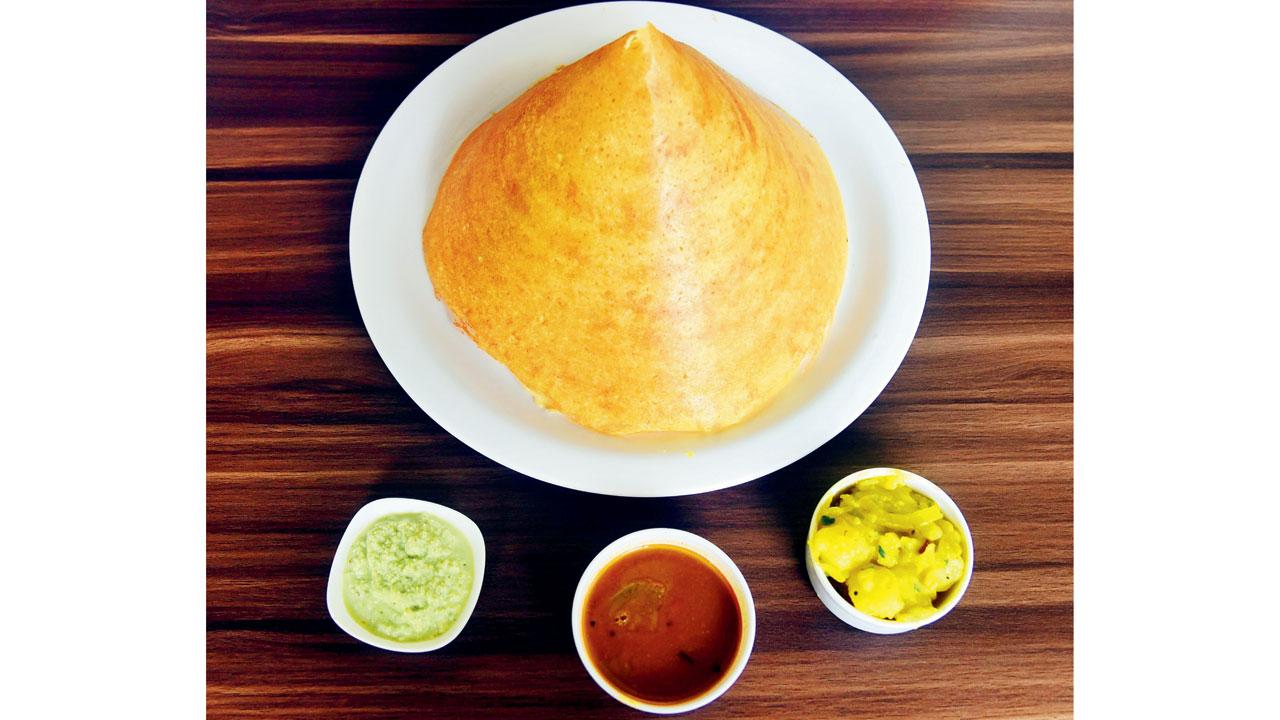 The new branch offers a compact spread with hits from their original menu including dosa, sheera, idli (Rs 60), wada, pudina batata vada (Rs 55) and bisi bele bhath (Rs 73), in addition to pav bhaji (Rs 147), tawa pulao and juices. We ask Krishna about settling for a small menu in a neighbourhood with high footfalls due to its proximity to Currey Road railway station. He explains, “Our kitchen is on the lower level; customers have complained that the food gets cold in the AC restaurant by the time it reaches their table. Also, there have been hour-long queues for a table, and we want to bring that down to half an hour.

So we are going slow, serving what we know best first. It’s only when we iron out all the creases is when we will add more dishes to the menu.” He admitted that comparisons to the quick five-minute service at the original outlet are bound to happen so they first want to improve the quality of service before expanding the menu. This is also why they haven’t started deliveries yet. 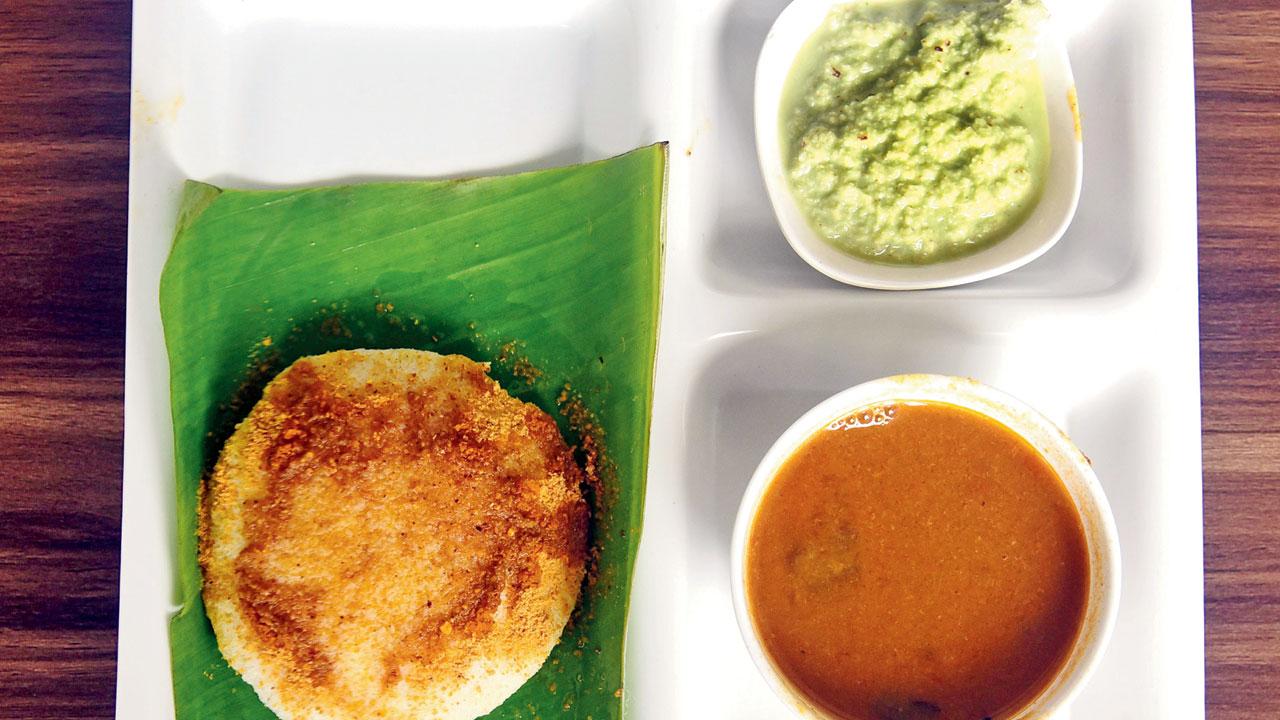 Fortunately for this reviewer, the Mysore dosa (Rs 91) was crisp when we visited the restaurant on a different date during non-peak hours while the Mumbai-style pav bhaji was perfect. Regular customers who have been visiting Ramashraya for nearly 40 years now have been giving positive feedback instead of complaining, he adds, and this connection has pushed them to sort out their teething issues as soon as possible. A few of the senior members among the hotel staff, who have been working for the restaurant for more than a decade, are there to train and keep new hires on their toes.

Like most of the hospitality industry, the pandemic was tough for Ramashraya too. Many of their staff returned to their native places. But it was the lockdown that gave Akshay the time to think about Ramashraya’s future. “After my father passed away, my brother had to look after operations quickly. The pandemic gave him some time to plan and execute a new idea. There was always the fear of the fourth wave, but he felt it was high time that we took our chances. Initially, we were looking for locations in SoBo, and after searching for six to seven months, we zeroed in on this spot as we clicked with the owners who were supportive,” recalls Krishna. The brothers have plans to open another outlet in two months’ time in Matunga. We can’t wait.

Next Story : A slinky return: Slink & Bardot reopens in Worli with new flavours, but the same old vibe