Maharashtra: Dutch woman arrested for ramming her jeep into car

The woman, hailing from the Netherlands, was in India on a tourist visa. However, her visa has expired and she has been overstaying in the country. 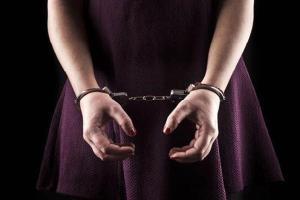 
A 24-year-old Dutch woman tourist, overstaying in India in violation of the visa norms, has been arrested for allegedly ramming her jeep into a car in Maharashtra's Satara district, police said on Monday. The incident took place on Sunday evening near Vijaynagar on Patan-Karad road, and the vehicle which the woman was driving was a stolen one, they said.

She rammed her jeep into the car from its rear side, a senior official from Satara police station said. The woman, hailing from the Netherlands, was in India on a tourist visa. However, her visa has expired and she has been overstaying in the country, the official said.

The Karad city police have registered a case under various Indian Penal Code sections, including theft, and relevant provisions of the Motor Vehicles Act, he said. "We are inquiring into her overstaying," the official said.

Next Story : UP woman raped, filmed by landlord, his brother