The officials have learnt that the gang used to send stolen mobile phones to Bangladesh if the quality was good while phones of older models were sold in different states of the country after changing the IMEI numbers, the police said. 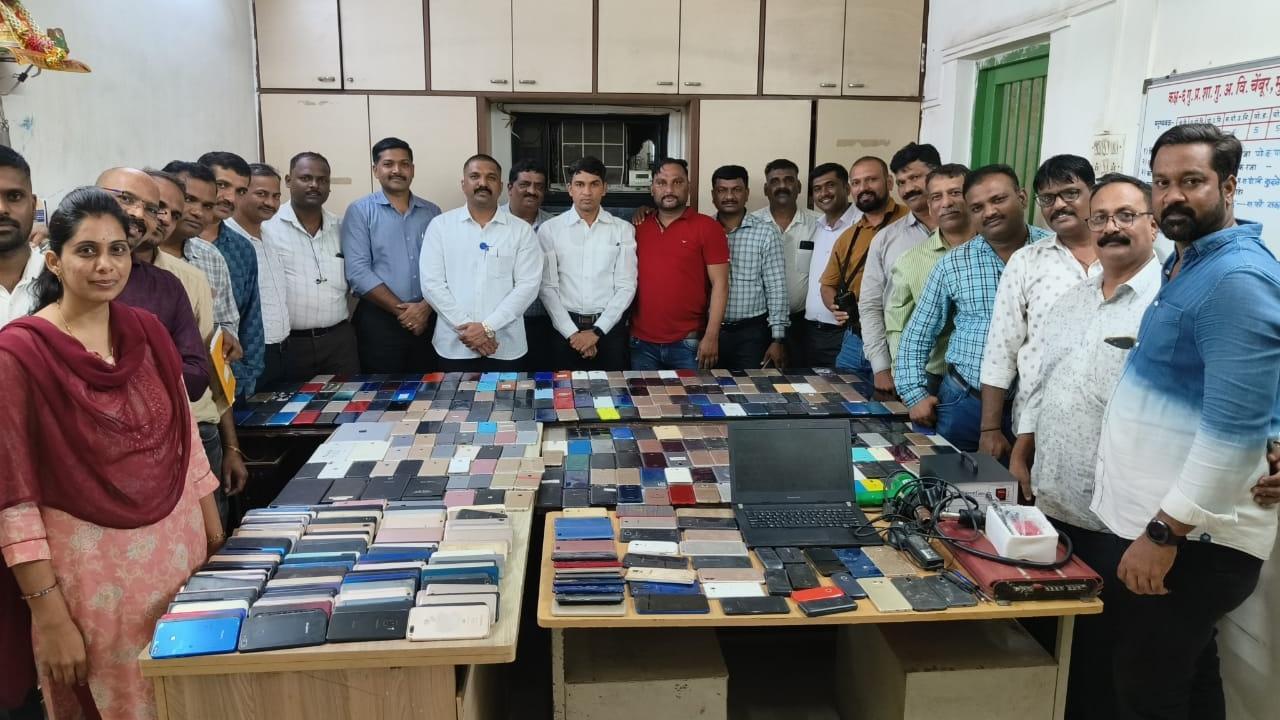 
The Mumbai crime branch has arrested 12 people in the last one month and managed to recover more than 700 mobile phones which were allegedly stolen from different parts of the city. The officials have learnt that the gang used to send stolen mobile phones to Bangladesh if the quality was good while phones of older models were sold in different states of the country after changing the IMEI numbers, the police said.

According to the police, Unit VI of the Mumbai crime branch had busted a racket last month and with the arrest of two accused, Mehboob Khan (37) and Fayaz Shaikh (31) from Maharashtra Nagar in Mankhurd, the officials had also managed to recover around 490 mobile phones. The crime branch officials had also seized equipment used to repair mobile phones. The crackdown started based on information received by constable Sambhaji Kolekar of the Crime Branch.

Investigations had reveled that Khan had rented a room next to his residence and kept all the stolen phones there while Shaikh, a mobile repairer, was helping to change the IMEI number, the police said.

After the arrest of these two, the officials managed to arrest eight more accused identified as Asif Quraishi (27) held from Uttar Pradesh, Dastgeer Sayed (42) Abdul Gafoor (49) Shyam Sapkota (29) Irfan Patri (28) and Ayub Khan (36) Kadar Ali Sayed (31) Abdul Jabbar Khadi (38).The officials found all of them were working for the syndicate and were directly involved in mobile snatching and pickpocketing, an official said.

"The accused were involved in a number of mobile theft crimes. The main target of the syndicate was public transport, especially local trains, buses and crowded markets,” said Ravindra Salunkhe, Senior PI of Unit VI.

The officials had recently conducted a raid in the DB Marg area. The  11th accused in the case was arrested on Thursday from DB Marg area, he has been identified as, Junaid Dolia (38), the official added.

"The raid was conducted after developing information that the accused were sending stolen phones to Bangladesh via courier. The network of the gang is huge and we believe that there are more people involved in it," Salunkhe said.

During the raids, officials managed to recover around 135 mobile phones and Rs 22 lakh in cash from Dolia. The officials believe that he has sent thousands of such stolen mobile phones to Bangladesh, and it appears that he is a very important member of the mobile theft gang, the official further said.

Investigations has also reveled that the accused was sending mobile phones via Assam and Tripura. Sources said, the officials have also arrested 12th accused from another state in the case, whose details have not yet been revealed.