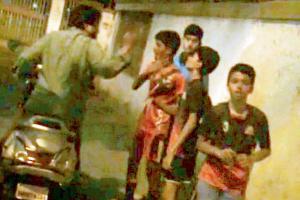 
The Vile Parle teens who have dedicated their vacation to educate and convince traffic offenders to toe the line in their area, were recently subjected to an unpleasant experience when a biker picked a fight with the youngsters. A video shot on a phone camera shows the youngsters politely telling a biker not to ride on a one-way lane but things turned ugly with the person declaring his political connections and lunging at them angrily. The incident has left the kids' parents shocked and disappointed.

The teenagers, who have been urging motorists to follow traffic norms at the Parle Tilak school junction, were last week at it with most motorists agreeing to mend their ways. However, a two-wheeler rider who had entered the lane wasn't too happy with the students teaching giving some traffic lessons, requesting him to not enter a one-way lane. He thus began arguing with them.

Also Read: Bikers attack astrologer, tell her to withdraw rape case against Karan Oberoi or else... 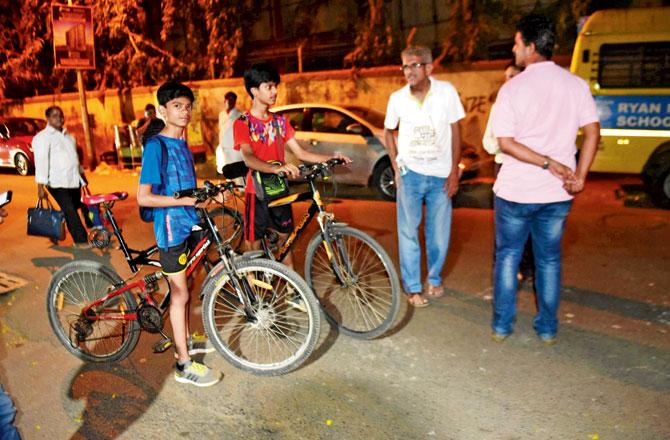 The kids have been volunteering here for close to a month. File pic

Vile Parle resident Amit Pitre who has been helping the kids monitor traffic here said, "The kids were very polite in their approach towards the rider and requested him to go back but instead of accepting his mistake, he began arguing with the kids and tried to threaten them."

The students, however, recorded the video of the heated argument and the rider's claims of belonging to a political party. The video soon went viral on local WhatsApp groups. "I know you people unnecessarily trouble ladies," the man is heard saying to the kids in the video. When the kids denied this, the rider got agitated before zooming away, but not before the kids noted down his two-wheeler registration number — MH02 ET 6734. 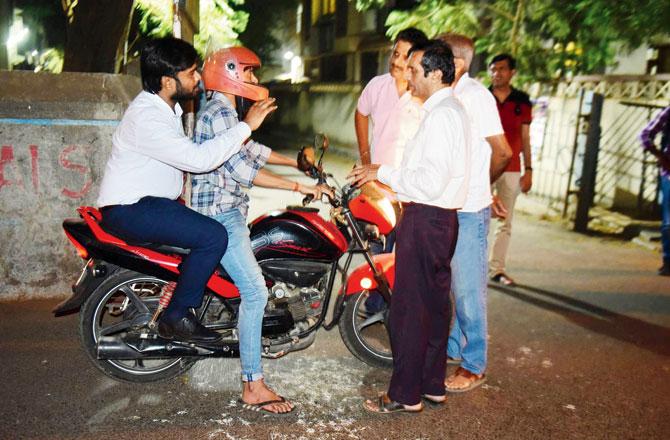 Impressed with the kids' initiative, elders from the neighbourhood too had joined their drive. File pic

"It is wrong to say that I threatened the kids. I had to intervene as the kids were troubling a lady who was on a scooty with her two kids and had mistakenly entered a one-way lane. The kids were troubling her by blocking her path with their bicycles. We have police to take action against traffic offenders. Who has given the kids the permission to stop them?" Shrikant Bhatkar questioned.

The kids refuted his claims though. Rajas Khandekar, the student at the spot, said, " We had stopped a woman who had entered the one-way lane and politely told her to exit which she did. This man, however, came to us and began arguing and even threatened us. We were not troubling the woman."

Also Read: Mumbai Crime: Husband held for forcing wife to sleep with others, recording it 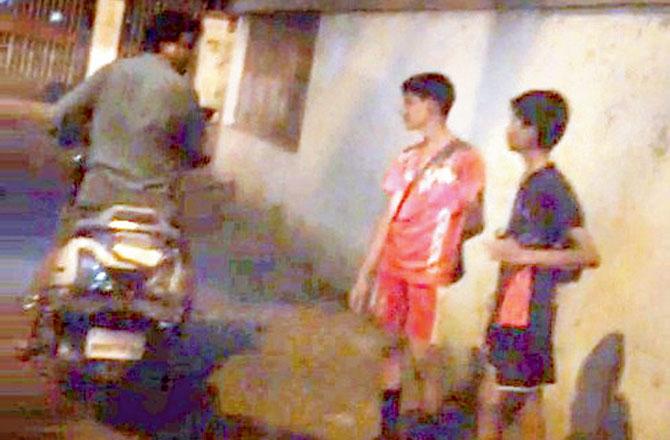 Given the chaotic traffic situation at the Tilak school junction in Vile Parle, the students last month decided to take on volunteering here. After their routine sports practice at the Parle Tilak ICSE school grounds, the children take to the roads, urging errant motorists to follow traffic rules. The initiative found many takers among the local residents many of whom have come forward to offer their support to the Gen Next.

The kids' parents are, however, upset following this incident. Anil Khandekar, Rajas' father, said, "It's really shocking that a person is trying to threaten the kids who are doing a good job. They are doing it with a noble intention but unfortunately, we are not getting any support from the police."

Next Story : Mumbai: Guard dies after being thrown out of the train