Cyrus Mistry accident: The driver was not at fault, say experts

Based on police data, automobile experts say there is no way a speeding vehicle can come to a halt safely before the flawed parapet even if they brake in time at the spot where Cyrus Mistry was killed 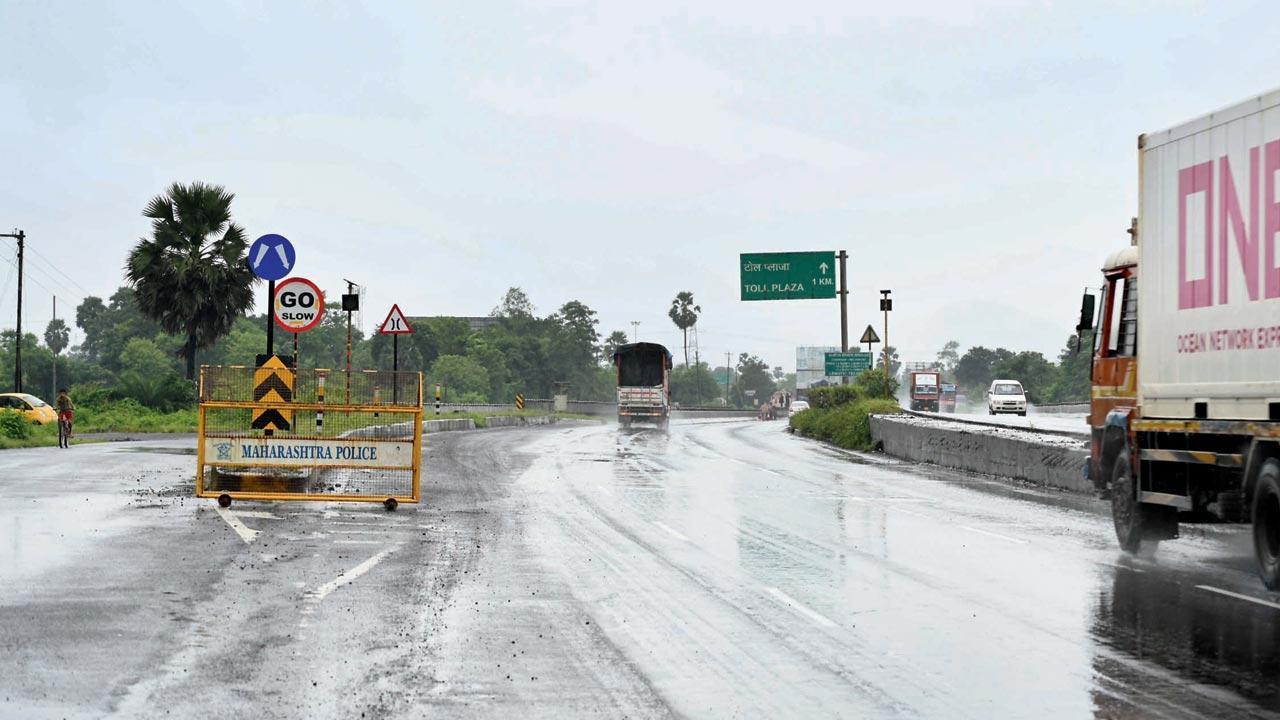 The ‘Go Slow’ and the ‘narrow bridge’ signs installed by the NHAI just a 100 metres before the spot where Cyrus Mistry died. Pic/Hanif Patel


The National Highways Authority of India (NHAI) seems unwilling to learn any lessons even after industrialist Cyrus Mistry died because of the faulty design of the Surya river bridge earlier this month, which remains unchanged till date. Despite flak from all quarters, NHAI has only installed a cautionary ‘Go Slow’ sign exactly 102 metres before the spot. Experts say no driver can bring vehicle to a stop after reading the sign as the distance is too short.

Experts have added that as the lane becomes narrow, drivers are not left with enough room to drift to either left and right at the last moment and end up hitting the bridge parapet.

They have pointed fingers at NHAI for failing to take measures to ensure that the stretch is safe for motorists. “NHAI has failed to put any advance cautionary sign boards informing motorists about the narrowing of the three lanes to two lanes. By the time a driver learns about it, it is too late,” Harbans Singh Nanade, spokesperson of All India Vahan Chalak Malak Mahasangha, told mid-day. 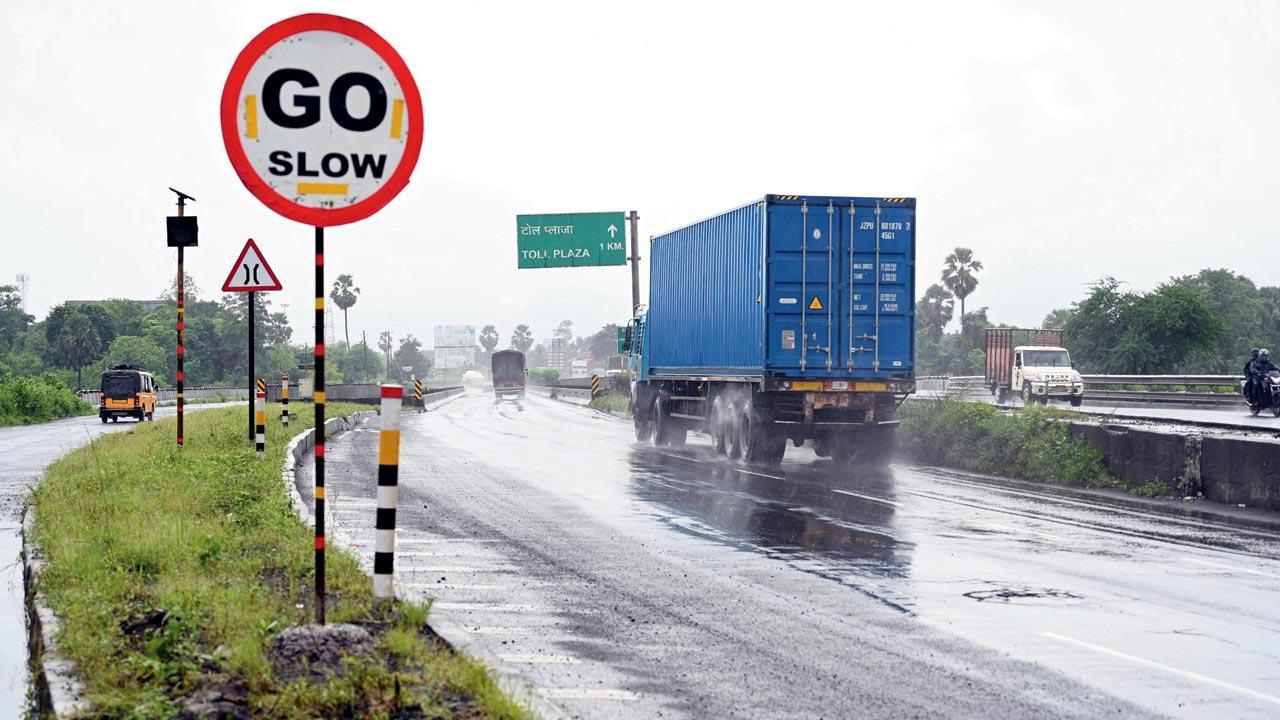 The signs installed ahead of the blackspot near Surya river bridge on the Mumbai-Ahmedabad Highway. Pics/Hanif Patel

Police officers told mid-day that the width of the road where the ‘Go Slow’ sign has been installed is 10.5 metre—which means there are 3 lanes of 3.5-m width. And the third lane gets narrower and merges with the middle lane exactly at the L-shaped structure of the faulty river bridge where the Mercedes carrying Mistry crashed. The width of the road at this spot is 7 metres, meaning two lanes.

Giving an example of how this spot has become a death trap, Nanade said, “In case there are three vehicles occupying the three lanes on the Mumbai-bound highway after Charoti flyover, the drivers on the extreme right and middle lane are safer. But the one driving on the left lane suddenly sees the lane narrowing. By the time the driver figures out how to join the middle lane, the vehicle comes extremely close to the blackspot and to the bridge parapet.”

Local sources told mid-day that they often hear the noise of screeching halts of vehicles near this area “as the narrow lane often leaves drivers confused”. 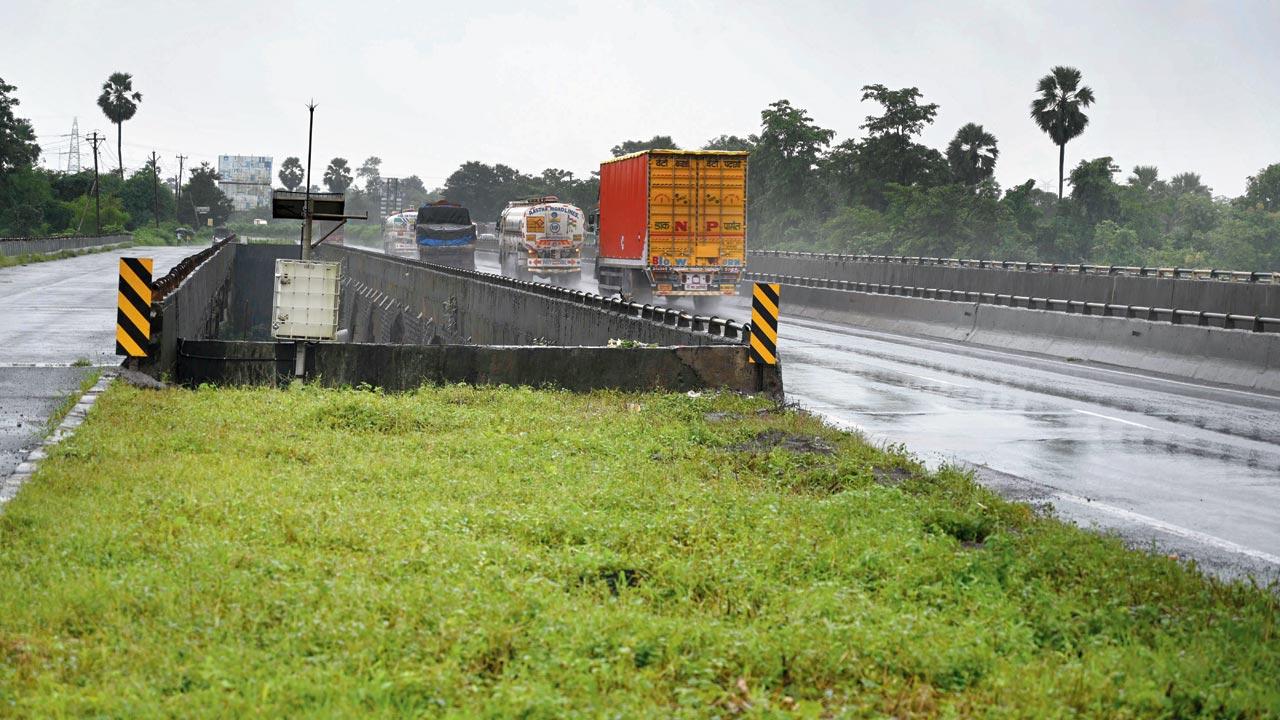 “We always rush to the spot whenever we hear the screeching halt of vehicles, as many drivers lose control of their vehicles at the spot where Mistry died. Sometimes motorists get into heated arguments with other motorists and eventually go away with minor dents on their vehicles,” said a source, requesting anonymity.

Nanade said, “Legibility and visibility of road signs play a vital role in averting accidents. But as the ‘Go Slow’ board is just 102 metres ahead of the blackspot, the driver sees this after getting in the death trap.”

“The authority must inform road users well in advance that the three lanes are getting narrower and the font size must be legible and properly visible. In addition, there is no mention of any speed limit,” he added. 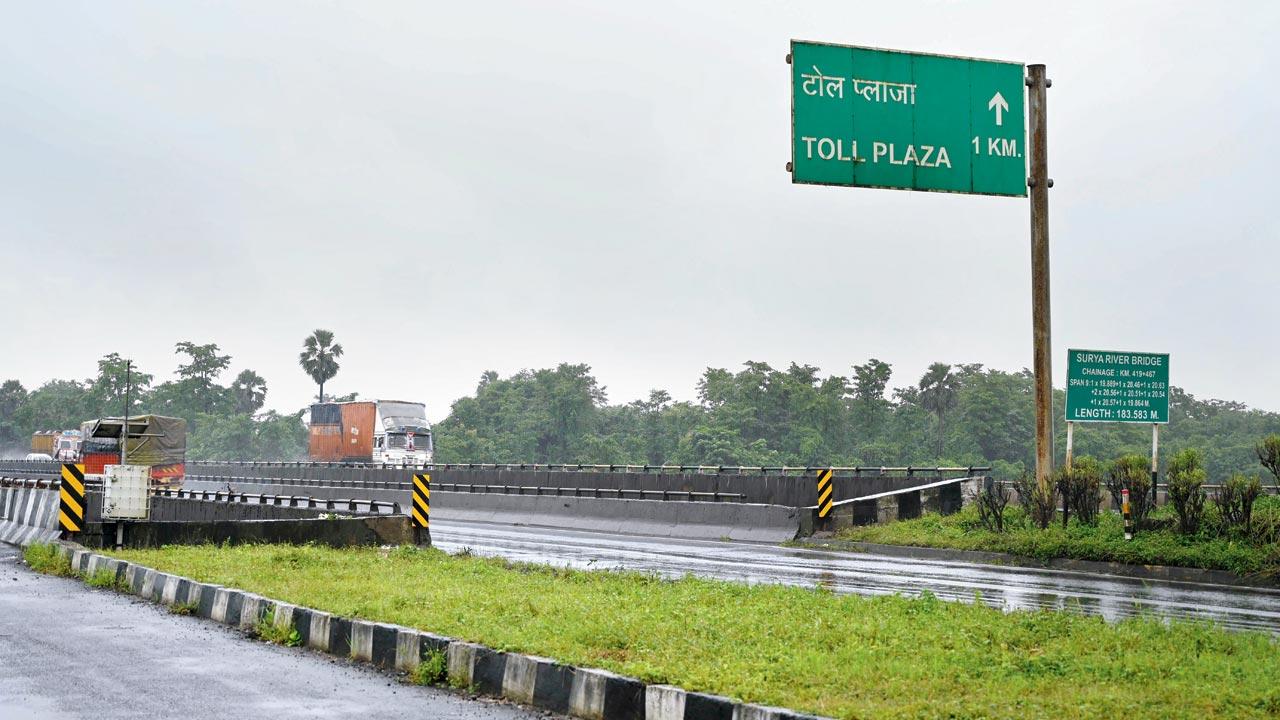 The entry ramp of the bridge, The car Cyrus Mistry was travelling in hit a parapet on this overpass

Citing that NHAI has also installed a small sign that means ‘narrow bridge’, he said, “But why have they failed to tell road users that the lane is getting narrower? Also, NHAI is yet to put rumble strips before the start of this death trap.”

Mentioning that there is a mandatory provision to install a metal beam crash barrier at every river bridge on the highway, Nanade pointed at the absence of one ahead of Surya river bridge.

According to the guidelines for traffic safety barriers issued by Indian Roads Congress in 2015: “Traffic safety barriers, also known as crash barriers, are provided on high-speed highways to prevent accidents when vehicles lose control and run off the road, especially dangerous are road sections with sharp curves, approaches to bridges with restricted roadway, high embankments, hazardous obstacles such as poles, trees and bridge structural elements.”

Praveenchandra Shetty, author of an observational research book on advanced road safety, told mid-day, “Crash barriers do not prevent accidents, but reduce the intensity of the impact and severity of injuries and number of deaths.”

What NHAI should have done

Shetty, further, highlighted five aspects that require advance attention at the blackspot including proper signage, rumble strips, ensuring there are no bumps near the ramps.

“As three lanes are narrowing down to two at the spot, NHAI officials should have installed a signage of narrow road at least 150-ft ahead of it so motorists have time to decelerate their vehicles,” Shetty told mid-day, adding, “Cluster rumble strips should be replaced with those with 5 mm thickness.”

He also added that entry and exit ramps of bridges, flyovers and culverts should be free of undulation and bumps but none of the bridges and flyovers in the country follow are free of this defect.

Shetty further said, “A defective expansion joint is a common defect on every bridge and flyover in India and there needs to be improvement to the basic design. He also mentioned that a one-metre wide footpath on both sides of the bridge should also be part of standard design.

‘No time to brake’

In a bid to check if a vehicle has enough time to halt completely after reading the ‘Go Slow’ sign, mid-day spoke with automobile experts who said that vehicle similar to the Mercedes carrying Mistry if running at a speed of 100 kmph can come to a stop in a range of 36.5 metre in 2.7 seconds.

The expert added that in Mistry’s case, the driver did not get the chance to apply brake due to the bad road design which led to the fatal road crash.

Nitin Dossa, chairman of Western India Automobile Association which conducted speed tests on all types of vehicles, said, “All car tests were done in 2022 at Palghar and Kharghar area. The police are taking the help of automobile experts, including us, to investigate this matter. My team is working on it and will submit the report to the cops in a few days.”

“We found that it is the negligence of NHAI which turned this into a blackspot. Due to the sudden narrowing of the road, the driver did not get a chance to apply breaks. As per our probe so far, the driver was not at fault, but it is the fault of NHAI and the engineer,” he added.

102m
Distance between the ‘Go Slow’ sign and blackspot