Down harbour trains won’t stop at Mahim for 15 days

Railway authorities working to remove a curve that will allow trains to move at 50 kmph, which is not possible with the present alignment 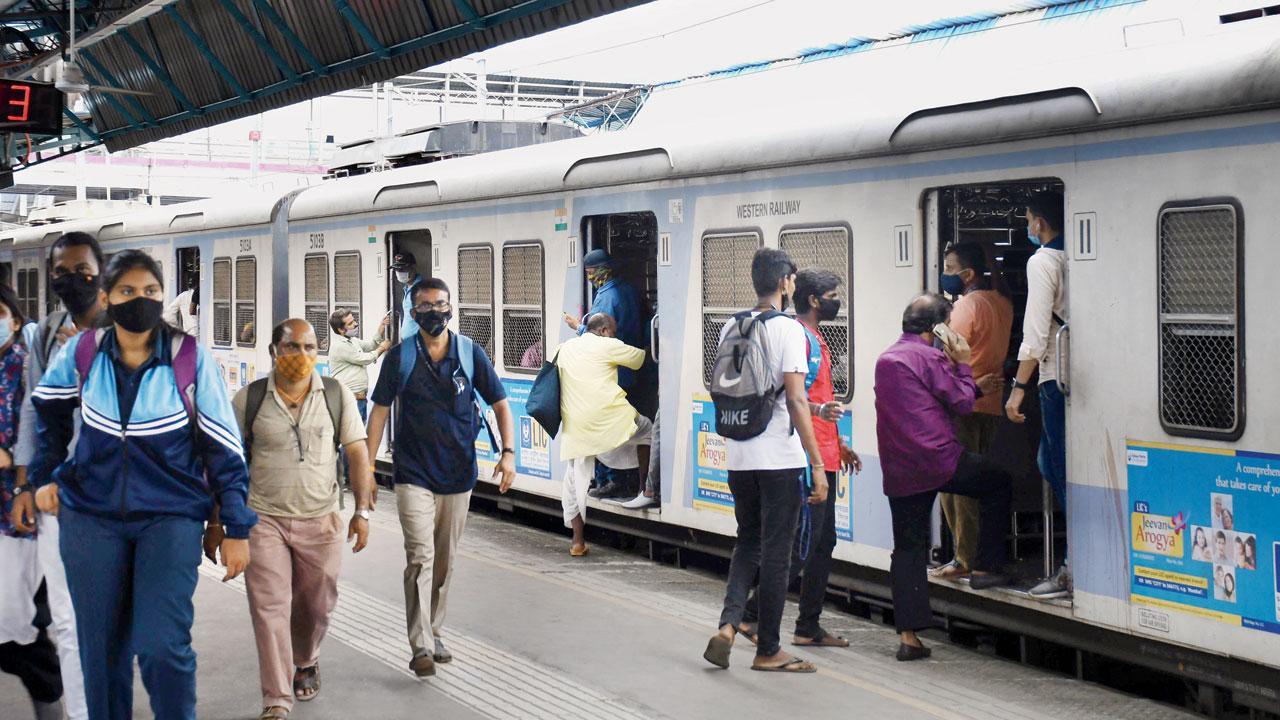 Commuters board a train at Mahim station. File pic


No local train in the down direction (towards Bandra/Goregaon) will halt at Mahim harbour station for 15 days as authorities are working on removing a curve and increasing the speed of trains. After the curve is realigned, trains can run at 50 kmph on crossovers. Once this work is complete, work will begin on the up CSMT-bound platform.

“The work at Mahim involves relaxation of permanent speed restrictions to 50 kmph. For achieving the designed curve, the platform needs to be cut and extended in some parts. The track will need to be shifted by about 2 metres to attain the design degree of curve,” a senior official said.

“To carry out the work of re-alignment of this curve between Bandra and Mahim stations, a mega block of six hours was taken on June 12 along with the Central Railway block on harbour line. Due to this ongoing work, all down harbour trains will skip halt at Mahim down harbour platform for 15 days,” said Western Railway Chief Public Relations Officer Sumit Thakur, adding that passengers for Mahim are permitted to travel via Bandra and return.

This is the third in a series of works to increase the speed and punctuality on Mumbai suburban lines. On June 1, the speed restriction on a major bridge between Andheri and Goregaon stations was relaxed. In addition to this, WR has also completed the work of removing subway protrusion on platform no. 1/2 at Churchgate station. The sidewall and the roof of the subway have been removed and stainless-steel railings have been provided instead due to which the speed restriction has been eased from 20 kmph to 30 kmph, which will enable faster reception and dispatch of suburban trains to and from Churchgate.

2 metres
Distance the track would be shifted to