Party corporators, local office-bearers and workers took part in the agitations, he said, adding that a two-wheeler rally was also organised in support of Thackeray 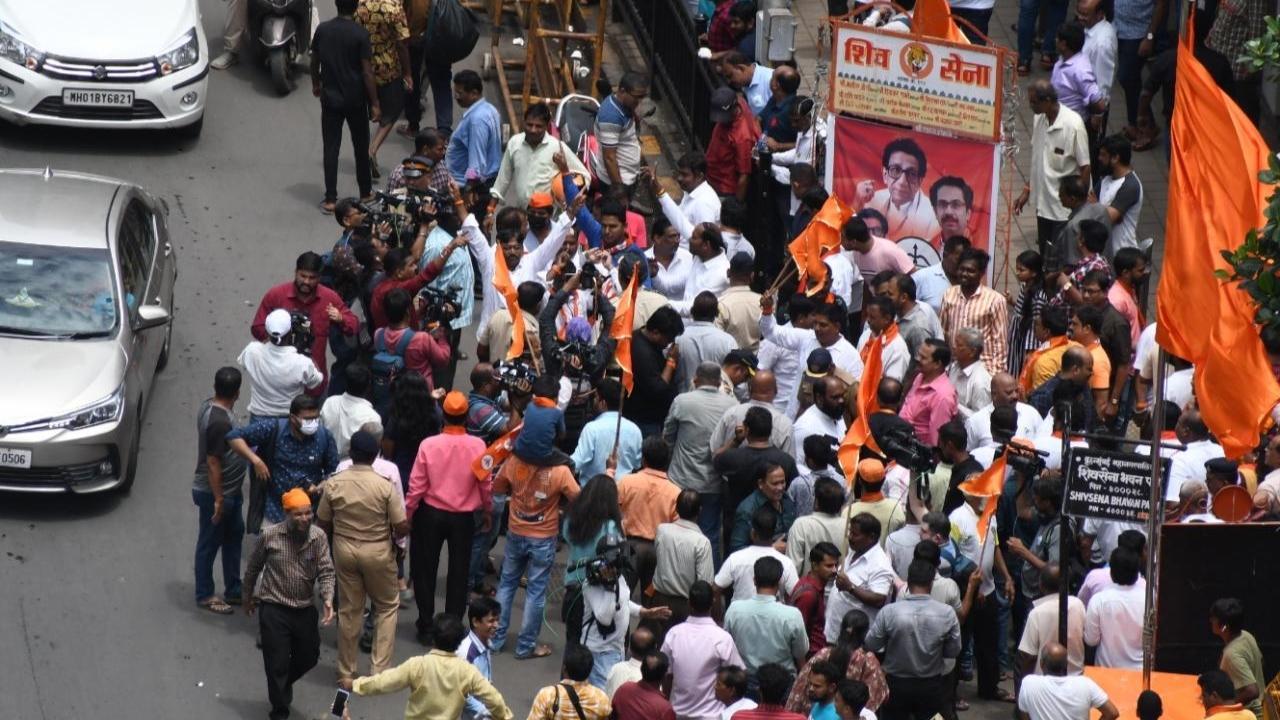 
Amid the ongoing political crisis in Maharashtra, the loyalists of party president Uddhav Thackeray took out a two-wheeler rally in Mumbai and held protests in parts of Pune on Sunday.

Sena workers and its local functionaries, staged 'jode maro' (hit with footwear) protests at two places - outside Balgandharva auditorium and in Kothrud - and raised slogans against the rebels. The party workers were seen hitting Eknath Shinde's photo with footwear.

"These protests are meant to put out a message that Shiv Sainiks will not forgive the traitors," Tharkude said.

Party corporators, local office-bearers and workers took part in the agitations, he said, adding that a two-wheeler rally was also organised in support of Thackeray.

In Mumbai, a large number of party workers assembled outside the office of 'Saamana' at Prabhadevi and took out a two-wheeler rally raising slogans against Shinde and rebel MLAs. A Sena supporter, who took part in the rally, said, "Hindutva is with Uddhav Thackeray. If rebel MLAs have to say anything, then they should come to Mumbai instead of sitting in Guwahati."

Also Read: Sanjay Raut's cryptic jibe at rebel MLAs, asks 'How long will they hide in Guwahati, have to return to Chowpatty?'

"Shiv Sena belongs to Balasaheb Thackeray. Nobody else can stake claim to it. We are here to support Uddhav Thackeray," another party worker said.
In view of the rally, the Mumbai police tightened security in the area, an official said.