Residents now search for alternative accommodation, as they were waiting for the builder to start the redevelopment work; the society was not on BMC’s dilapidated list 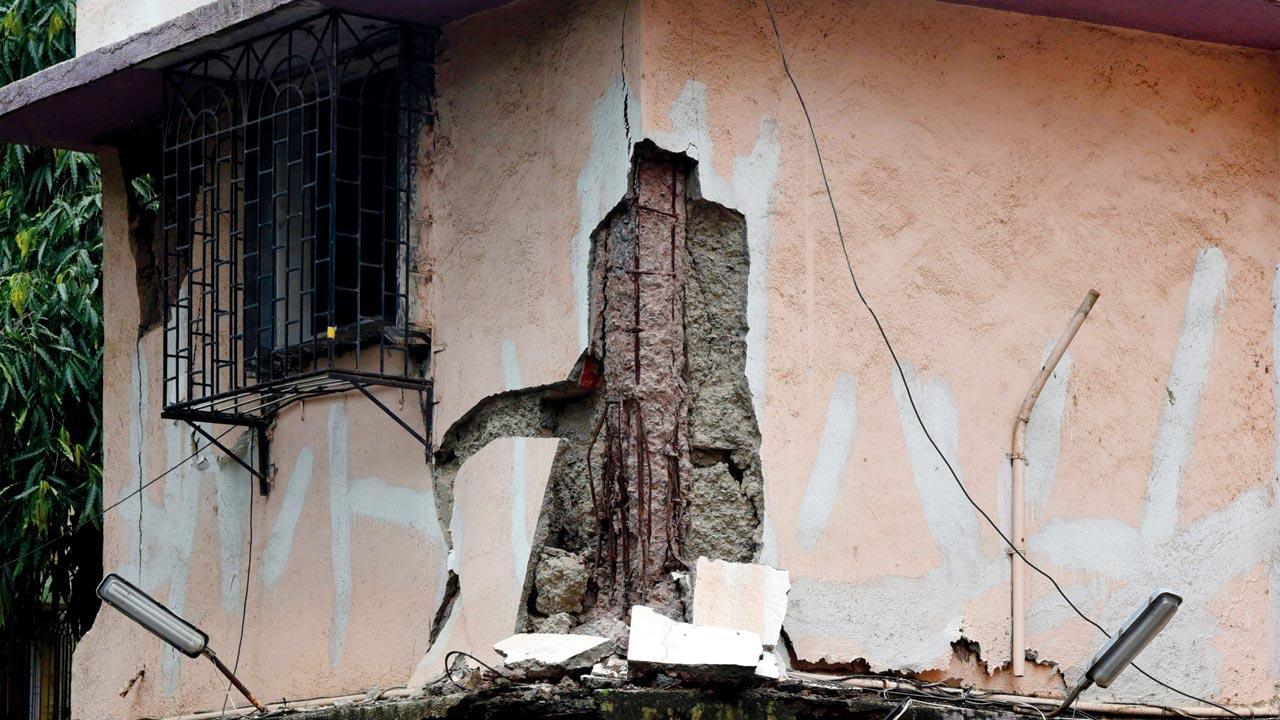 
The civic body has vacated a housing society in Borivli West, which was not in the dilapidated category, after a portion of one of the pillars started crumbling. The residents said that the complex was under redevelopment, though some of them had objections to the builder’s plan, but the latter never responded to them.

The residents of Sai Dham society at Saibaba Nagar noticed the huge crack in the pillar of F wing on Friday evening. They informed the BMC, which disconnected their power and water supplies after examining the damage.

On Saturday, the residents hurriedly packed their bags and left their homes forever. 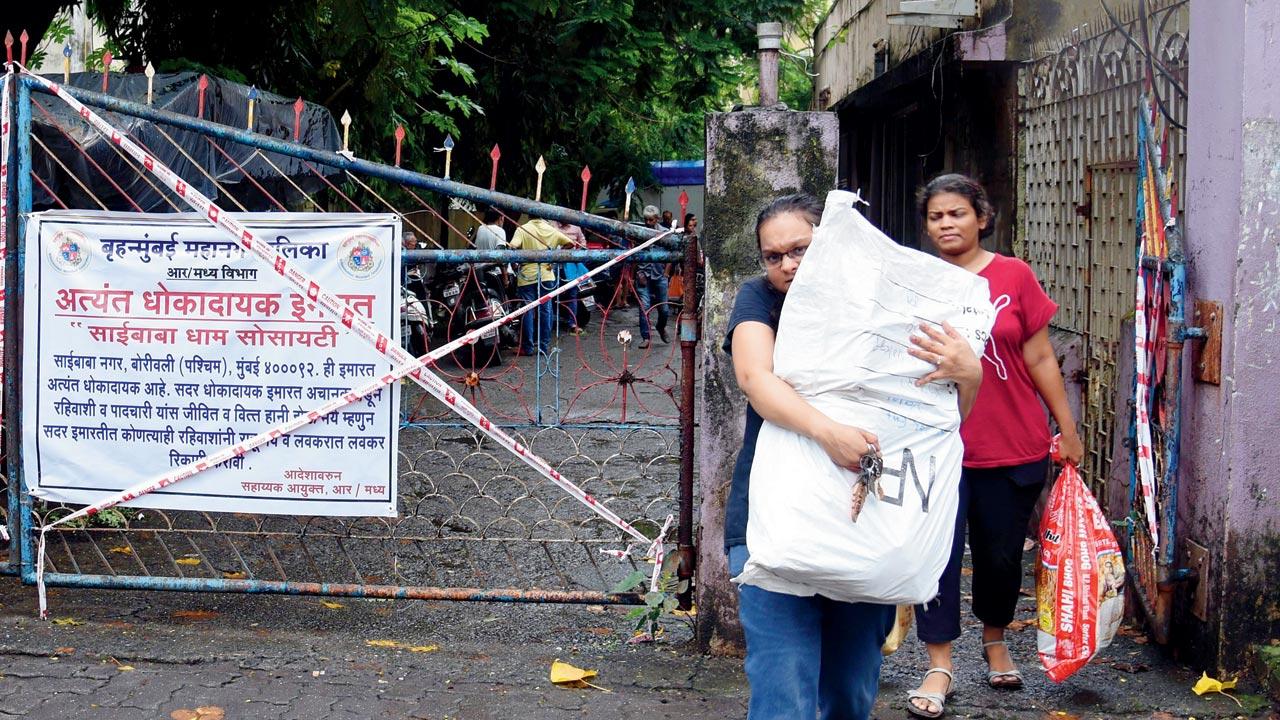 “Around 6 pm on Friday, someone noticed the massive crack, causing panic among the residents. A BMC team visited the site and everyone in the society vacated immediately. We didn’t have any choice. While my wife and I moved to a friend’s home, we sent our son and my 81-year-old mother to my brother’s house,” said Shrenik Shah, a resident.

There are six ground-plus-four-storey buildings at Sai Dham. “The buildings were more than 30 years old, and as per the procedure, the BMC had already sent a notice to the society for a structural audit. However, the society committee didn’t submit any report,” said Nivruti Gondhali, executive engineer, BMC, R Central ward. He admitted that the building was not in the BMC’s dilapidated category.

The BMC had already issued an intimation of disapproval to a builder for the redevelopment of this society. “We have issues with the plan he [the builder] offered. We even raised our concerns with the builder, but he has not responded yet. Now, we don’t have any alternative accommodation. We are desperately looking for a house on rent for at least a month,” said Shah.

Out of 147 residents, 125 had already vacated their homes, and the rest moved out after the crack developed.

In a meeting held on Friday, Additional Municipal Commissioner Ashwini Bhide directed BMC officials to prepare a list of dilapidated buildings and make a plan to vacate them with the help of the police. Commissioner of Police Vivek Phansalkar agreed to provide the workforce. There are 387 buildings under the dilapidated category, out of which over 150 have not yet been vacated and residents have appealed the decision before the court.