A local train from Kalyan that was entering Thane station possibly violated a signal, blocking the path of another train, which was crossing over from the fast to slow line 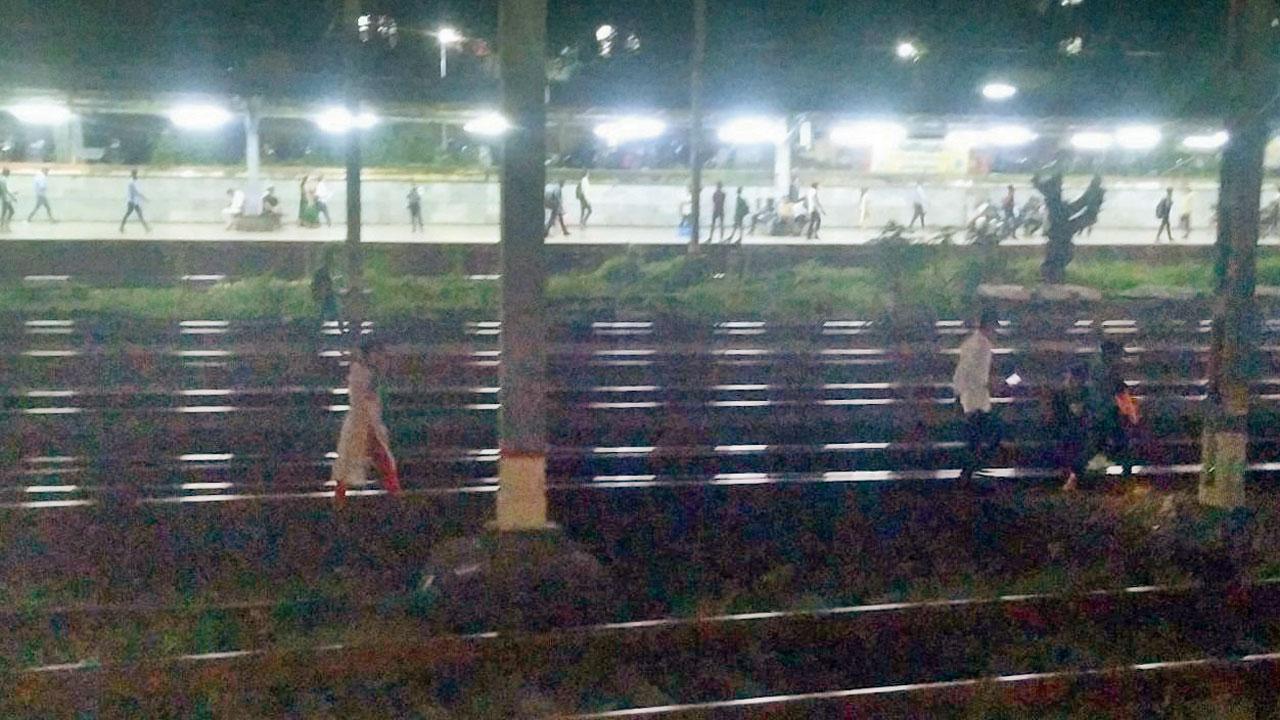 Commuters are seen walking on the tracks near Thane station on Friday evening. Pic/Jitendra Chougule


Suburban services on Central Railway (CR) collapsed during the evening peak hours on Friday after a local train from Kalyan that was entering Thane station possibly violated a signal, blocking the path of another train, which was crossing over from the fast to slow line.

This caused the route to come to a standstill, as an in-built safety mechanism had kicked in. The mechanism ensures that all trains in a section come to a halt in the case of a breach of signals, and things need to be set right by overriding them manually.

Railway officials said they were investigating if it was a case of a signal passed at danger—which is rail lingo for a train crossing a stop signal—or a technical snag. Hundreds of commuters were forced to take to the tracks after a Dadar-Kalyan train crossing over from the fast to slow line got stranded midway as the route got frozen around 6.40 pm. Though the issue was resolved at 7.35 pm, there was extreme crowding at all stations, as a major bunching of trains had occurred.

As no announcement had been made inside the trains and passengers received no immediate clarity about the restoration of services, commuters were in the dark. “Trains had stopped at Thane in all directions and there was a major logjam. I had to take an auto as we were stuck between Mulund and Bhandup and trains did not seem to be moving,” a commuter, Tejas Mankani, said.

“The railways should upgrade their announcement system as there are so many people who were affected by the service delay and had no clue what to do next. We were stuck on the train for more than 40 minutes,” another commuter, Sharada Menon, said.

CR officials said that they were investigating the matter, but had restored services with complete safety.