On his first visit to the civic HQ as chief minister, Eknath Shinde reviews the BMC Disaster Control Room 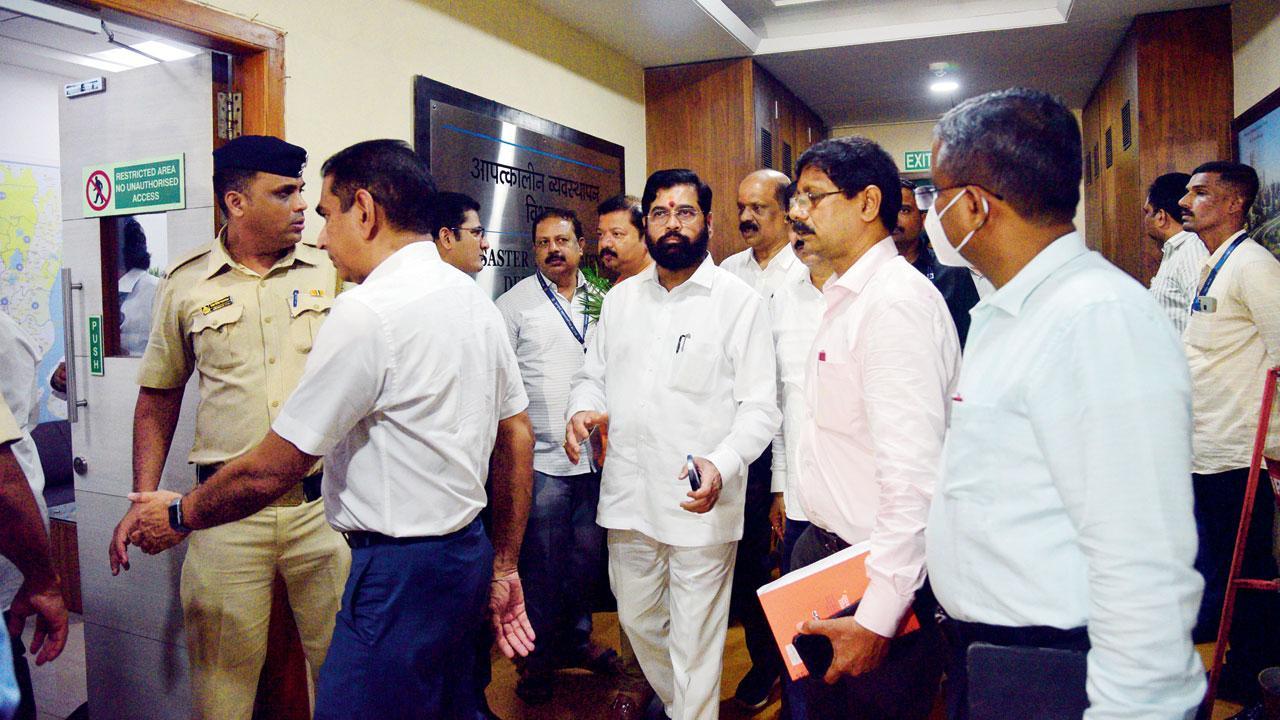 
On his first visit to the BMC headquarters as chief minister, Eknath Shinde on Tuesday ordered the administration to arrange for buses, food, and shelters near railway stations for stranded Mumbaikars in case trains stop.

Shinde also reviewed the BMC Disaster Control Room. Speaking to the media, he said, “I have suggested that the administration depute one assistant municipal commissioner at every railway station where local trains may be stopped due to waterlogging. Also make arrangements for buses, shelters, and food for people. Ensure that they don’t need to pay a higher charge for taxis, autos or other vehicles.”

State Chief secretary Manu Kumar Shrivastav, BMC Commissioner I S Chahal, and other officials were also present. “We saw more than 200 chronic places from the Disaster Control Room. The BMC did good work in tackling waterlogging,” Shinde added. Shinde also visited the BJP office in the BMC building, but not the Shiv Sena office, which was kept closed.