The police have said that they are, however, still to come up against any statements that prove the atrocities charge made by Dr Payal's family 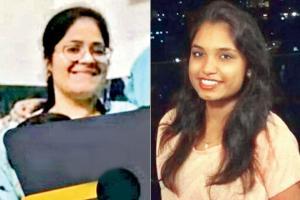 
Police investigations into Dr. Payal Tadvi's suicide at Nair hospital last week has thrown up innumerable instances of acute harassment by her colleagues, Hema Ahuja, Ankita Khandelwal and Bhakti Mehare. Dr. Payal's batchmates, staff at the hospital and even patients have told cops about the abuse and torment. One doctor told the police that Hema used to deliberately tear up the duty pages that Dr. Payal had filled out and make her do it all over again.

The statements of are now the prime basis for the Crime Branch's line of investigation. The police have said that they are, however, still to come up against any statements that prove the atrocities charge made by Dr. Payal's family. Medical Education Minister Girish Mahajan had, however, said that there is clear proof that the harassment was about Dr. Payal's caste. 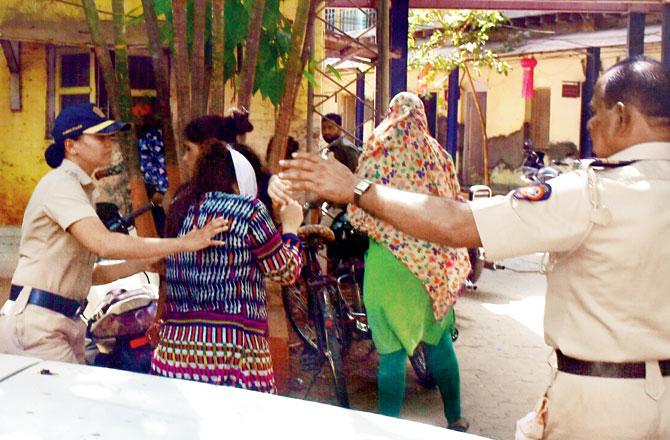 Hema Ahuja, Ankita Khandelwal and Bhakti Mehare were produced in the sessions court on Wednesday and sent to the custody of the Nagpada police. Pic/Bipin Kokate

Sources from the police revealed that the three accused doctors had been harassing Dr Payal over various issues such as her alleged incompetence and bad handwriting and often burdened her with additional work whenever she tried to leave early after finishing her work. Police said the torture had increased after she complained about them to the hospital authorities.

As of now, the police have recorded statements of around 15 people, all of whom have spoken of the harassment meted out to Dr. Payal by the trio. The statement have also pointed to the fact that Hema Ahuja was the chief tormentor. In a statement, one of Dr. Payal's colleagues said, "Payal's handwriting is not that good, so the accused used to go through her file sometimes and tear up the pages and make her write it all over again." 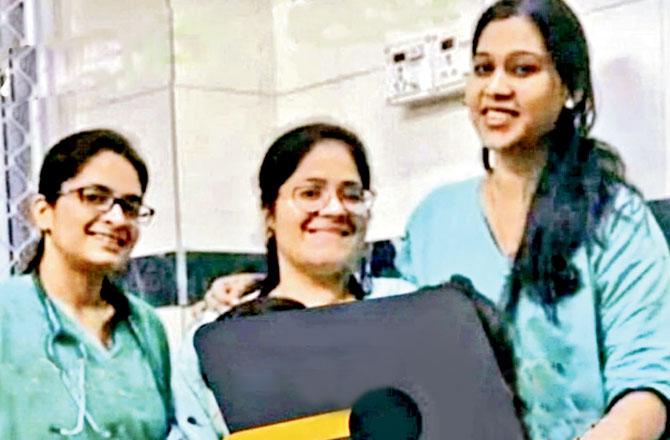 Colleagues also said that Dr. Payal's friend, Dr. Snehal Shinde, used to live in fear of the accused, always walking with her head bowed and never complaining about the harassment. According to a statement, on learning that Dr. Payal had complained about their harassment, one of the accused said, "She is complaining about our behaviour, but ultimately she has to come here only. We will see."

In another statement, a friend revealed that if the trio found any mistakes in Dr. Payal's work they used to shout loudly at her and humiliate her in front of patients. They would then tell her to make a round of the ward, which was very difficult for an already humiliated Dr. Payal. The police have said they were taking everyone seriously in this matter.