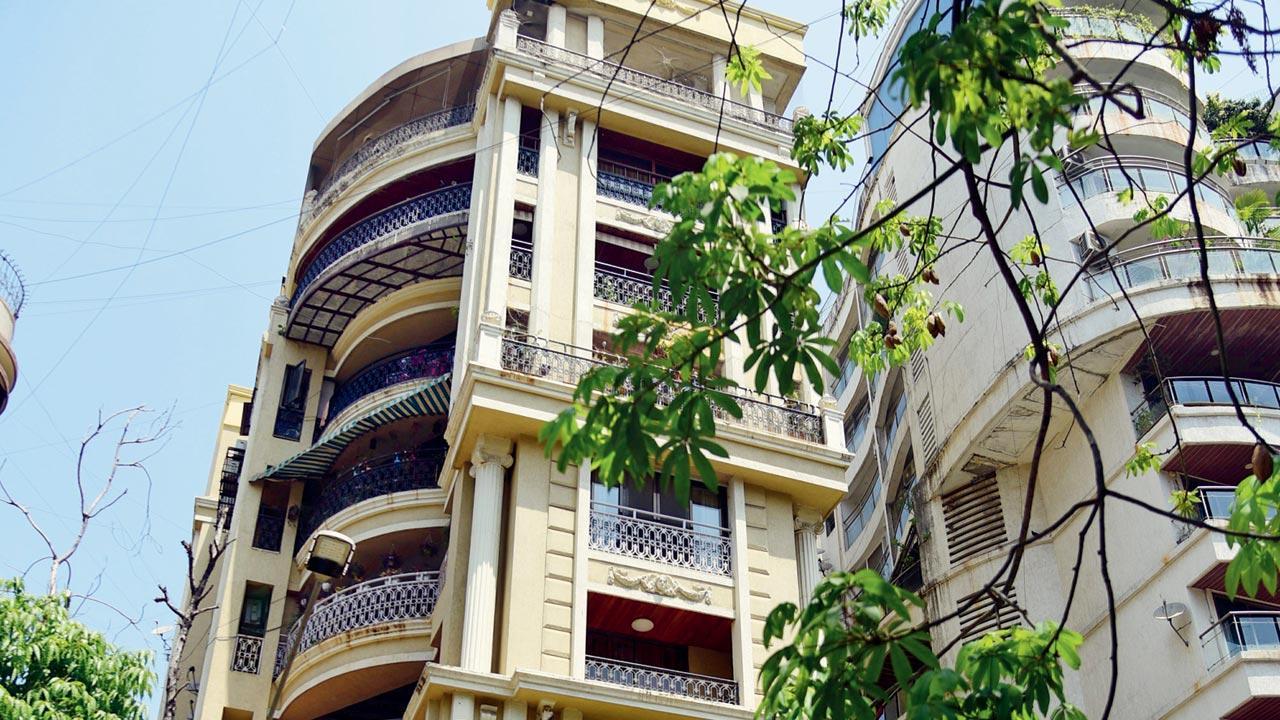 The 9-storey La-vie building in Khar, where the Ranas reside on the 8th floor. File pic


Residents of all flats at La-vie building in Khar, where MP Navneet Rana and her MLA husband Ravi Rana have a flat, have been served BMC notices on Thursday. The civic body stated that the building premises will be inspected for irregularities on or after May 30.

This comes after the Brihanmumbai Municipal Corporation found irregularities in Ranas’ flat and accordingly served the couple a notice.

Thursday’s notices were served under section 488 of the Mumbai Municipal Corporation Act, 1888 which allows BMC officials to enter premises for inspection, survey or execution of necessary work. The notice has been served to all flats in the 9-storey building, barring the 8th floor which belongs to the Ranas.

“The BMC already served notices to other flats in the society, except Rana’s, over the past few years and the cases are in the court. Now, we served fresh notices to inspect whether any other irregularities have cropped up in these flats. Once the inspection report is completed, we can submit details to the court,” said a BMC official.

The corporation had sent notice to the Rana couple residing on May 2. Following the inspection, the report mentioned that various areas of Rana’s home have been merged with other rooms. The court has directed the couple to submit a proposal to the BMC within a month, seeking to regularise the structure.

Next Story : MVA may contest Navi Mumbai poll as an alliance