With the introduction of eight new AC services, the total number of AC services will now increase from 32 to 40

With the introduction of eight new AC services, the total number of AC services will now increase from 32 to 40.

Sumit Thakur, Chief Public Relations Officer of WR, in a statement said that with the reduction of fares for AC local journey tickets from May 5, there has been a substantial rise in the number of commuters travelling by AC locals. WR had introduced 12 more AC local services from May 16. 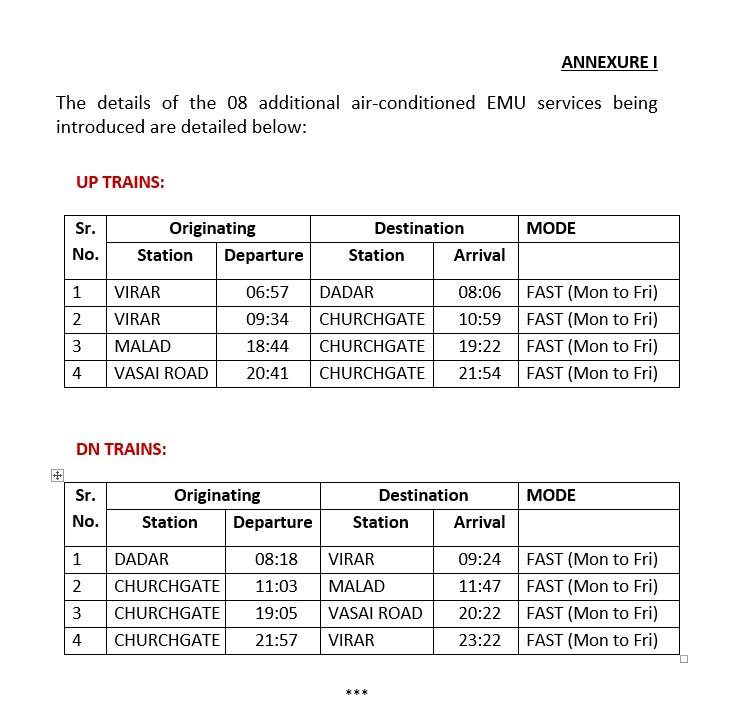 Next Story : Man attempts to kill himself at Bombay HC after losing property dispute case