In his maiden visit to CSMT, Ashwini Vaishnaw also checked the redevelopment plan of the building, said efforts on to retain heritage 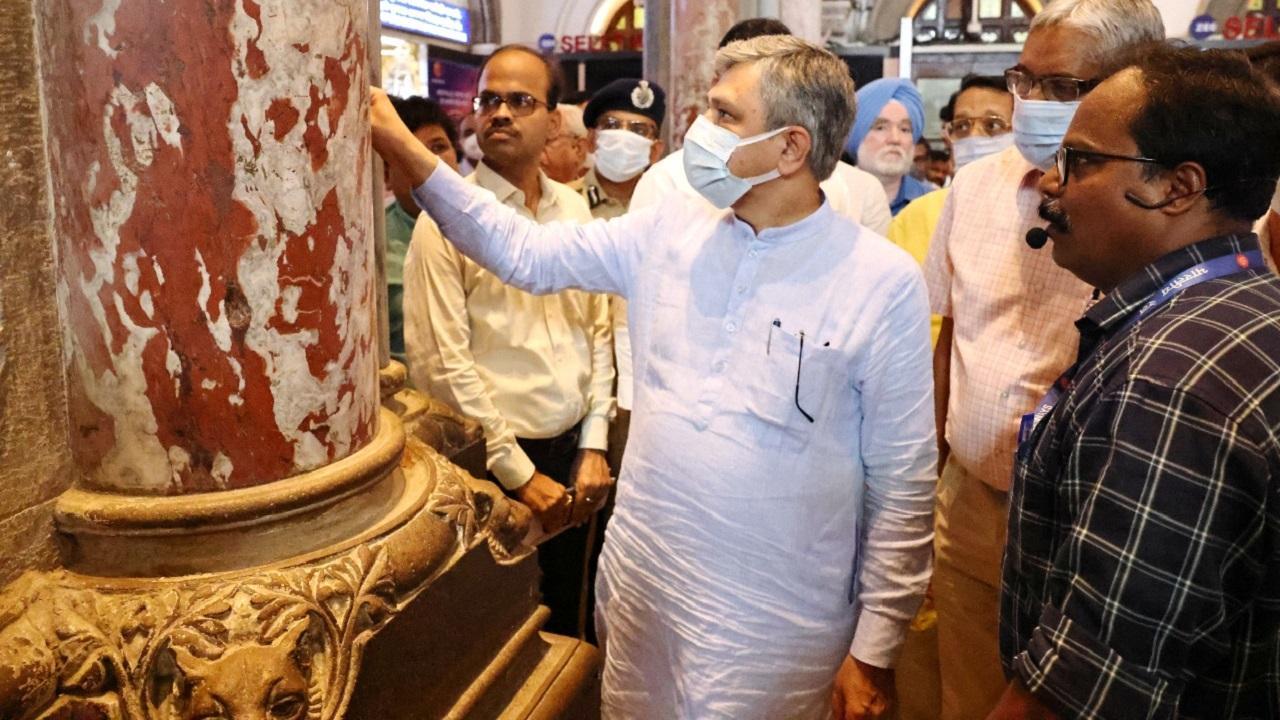 Railway Minister Ashwini Vaishnaw checks the marble stone of a pillar at CSMT on Thursday. Pic/Rajendra B. Aklekar


Railway Minister Ashwini Vaishnaw on Thursday said that there are elaborate plans for further improvement of Mumbai’s AC local trains and added that all passenger feedback would be taken into consideration. “AC locals are the future of Mumbai and we are working on an elaborate plan for its comprehensive makeover and will reveal it once it’s ready,” he said.

Vaishnaw, during his first visit to Chhatrapati Shivaji Maharaj Terminus since assuming post, inspected the portico, grand staircase, the central dome and the star chamber where he was informed about the conservation and renovation of the heritage building.

He also interacted with passengers at the booking window, suburban concourse, suburban platform and with commuters on the train. On his way back, the minister interacted with motormen and guards and inquired about the working of trains, signals and other aspects related to the suburban trains.

Next Story : Mumbai: 14-year-old jumps before a running train, dies