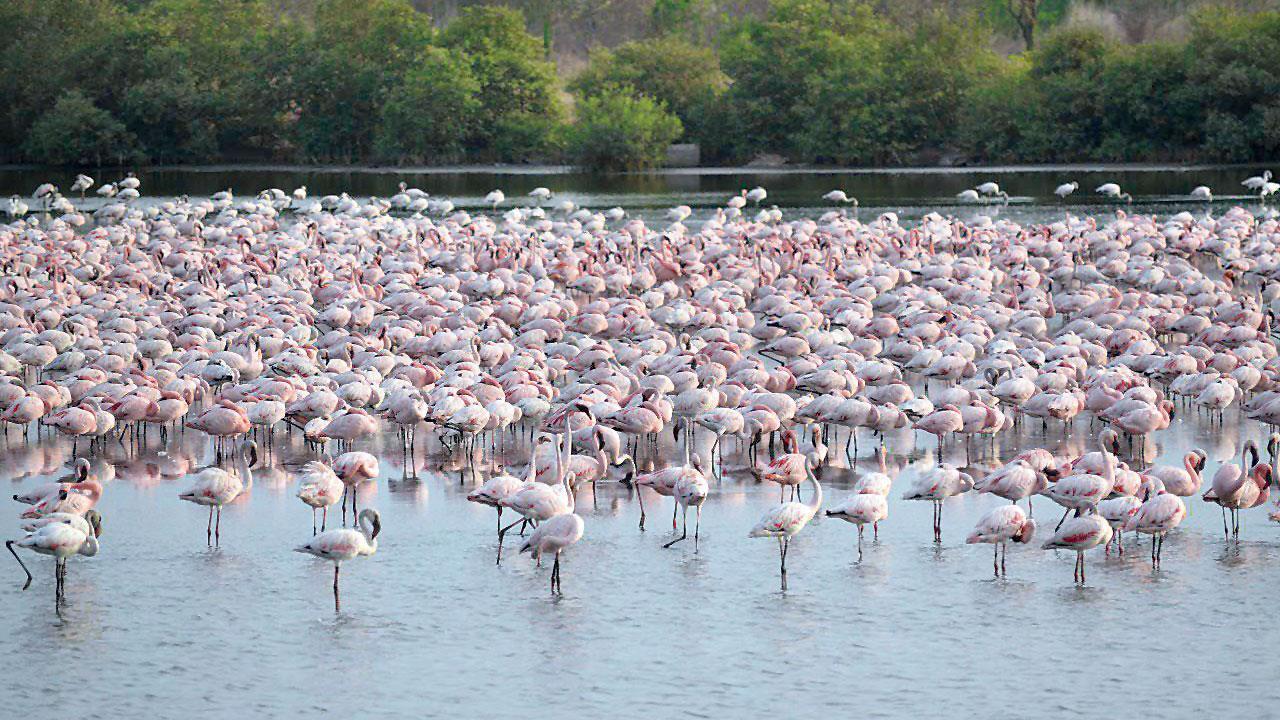 
In an important move towards maintaining the Flamingo City’s biodiversity, the Navi Mumbai Municipal Corporation (NMMC) has decided to conserve the 30-acre wetland DPS Lake at Nerul as a bird destination.

According to Navi Mumbai-based green activists, NMMC also agreed to a suggestion from environmentalists to write to the government and CIDCO to handover the twin wetlands of NRI and TS Chanakya to the civic body for conservation.

NGO NatConnect Foundation has claimed that responding to its suggestion to take over and maintain the wetlands, NMMC Commissioner Abhijit Bangar said the civic body is in talks with Bombay Natural History Society (BNHS) to work together on protecting DPS Lake, one of the flamingo destinations. BNHS’s recent count shows that as many as 5,000 flamingos landed at DPS Lake.

It may be noted that NGO NatConnect earlier submitted a written request to NMMC for conserving the wetlands, as per the BNHS research reports, to save them as wildlife mitigation measures for the Navi Mumbai International Airport (NMIA) and Mumbai Trans Harbour Link (MTHL).

“We have also handed over the BNHS report and copy of the Bombay High Court judgment which confirmed the wetland status of NRI and TS Chanakya water bodies,” said B N Kumar, director, NatConnect.
Kumar has also written to Chief Minister Uddhav Thackeray and Environment Minister Aaditya Thackeray to hasten this process of handing over the NRI and TS Chanakya wetlands to the civic body.

The high court has struck down CIDCO’s plan to build a golf course on these wetlands. Meanwhile, Aaditya Thackeray too has reconfirmed to NatConnect recently that he is “very keen” on saving the wetland and cancelling the golf course project.

Moreover, the Navi Mumbai International Airport Limited (NMIAL) has in its application for extension of the environmental clearance mentioned that the golf course has been cancelled and that the wetlands would be protected as per the BNHS plan.

“The commissioner said it is the responsibility of all citizens to protect the biodiversity-rich property and appealed to the visitors to the wetlands not to disturb the birds. It is wrong for certain selfie enthusiasts to throw stones at the birds to make them fly for photo backdrops, he said and cautioned the visitors not to get too close to birds,” stated the NGO.

30
Area in acres of DPS lake at Nerul

Next Story : MahaRERA’s model allotment letter will help both buyers and builders: Experts