Organisation denies receiving notice, says E Ward had no jurisdiction in its area 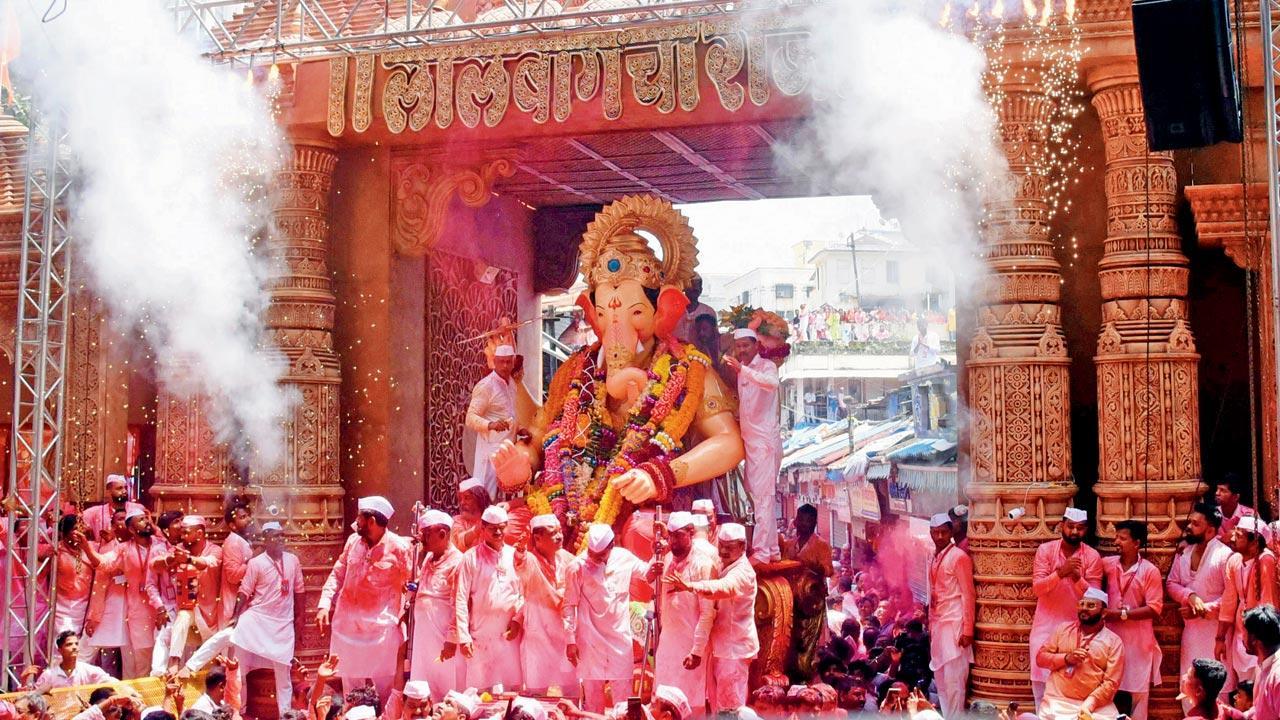 Every year, the mandal pays a fine of Rs 4 lakh to Rs 5 lakh for digging holes into the road


The Brihanmumbai Municipal Corporation’s E Ward has issued a notice to the Lalbaugcha Raja Sarvajanik Ganeshotsav Mandal, asking it to pay a fine of Rs 3.66 lakh for digging holes on roads and footpaths.

“Pits cannot be dug on roads or footpaths. The civic body allows mandals to erect mandaps on the road on this condition,” an
official stated.

According to the notice, the BMC found 53 holes on the footpath and 150 pits from Dattaram Lad Marg Junction to Nekjat Maratha Building on T B Kadam Marg.

The notice also states, “A civic team on September 5 found illegal barricades on the stretch.”

Also read: Over 100 devotees lost their phones during immersion processions at Lalbaug

The civic body has asked the mandal to pay Rs 2,000 per pothole.

Balasaheb Kamble, president of mandal, denied receiving any such notice. “Our mandal falls under the jurisdiction of the BMC’s F South Ward. How can E Ward send us a notice? There are many mandals in that area,” he added.

The BMC has forwarded a copy of the notice to activist Mahesh Vengurlekar, who had filed a Right to Information (RTI) application regarding potholes dug by the mandal.

Ajay Yadav, assistant municipal commissioner, E Ward, said, “We have issued notice to the mandal to pay a fine for illegal potholes. The mandal will pay up.”

Every year, the mandal pays a fine of Rs 4 lakh to Rs 5 lakh for digging potholes. In 2018, the civic body asked the organization to pay a five-year fine of Rs 60 lakh for the period 2013 to 2018. A Lalbaugcha Raja Sarvajanik Ganeshotsav Mandal official stated that the organization has paid its dues.