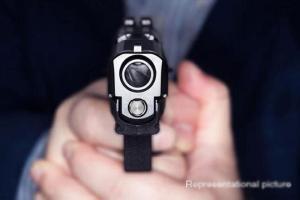 
A police sub-inspector allegedly shoot himself dead with his service revolver in Bihar's Aurangabad district on Sunday, an officer said.

The reason behind the officer taking the extreme step was yet to be ascertained, the SDPO said, adding that police is investigating the matter. The family members of the deceased SI have been informed about the incident, he added.

Next Story : Prime Minister Narendra Modi to interact with farmers on December 25