At a commemoration function atop the historic Pratapgad Fort on Wednesday afternoon, Lodha - a prominent realtor, made the comparison which drew strong reactions from the Opposition Maha Vikas Aghadi allies 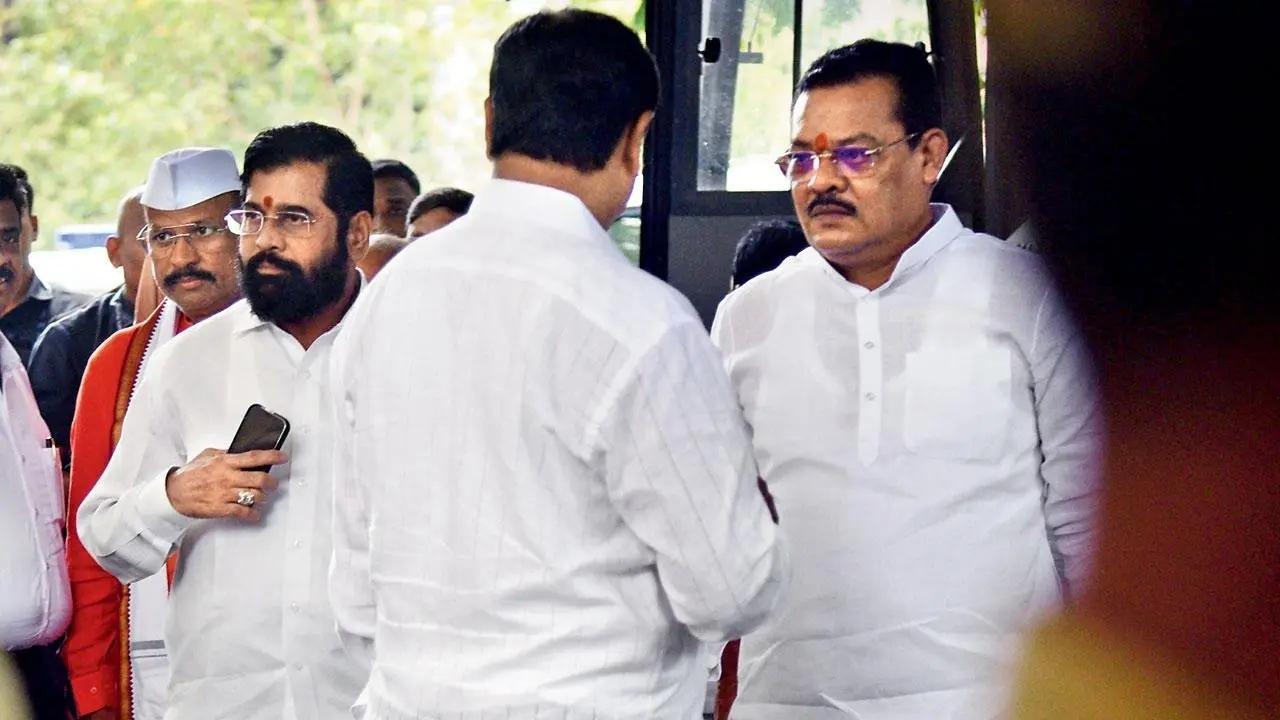 
A fresh row erupted in Maharashtra politics after a Bharatiya Janata Party minister Mangal Prabhat Lodha compared Chhatrapati Shivaji Maharaj's escape from Agra Fort in 1666 from Mughal clutches with the 2022 political rebellion against the party (Shiv Sena) by Eknath Shinde who later became the Chief Minister.

At a commemoration function atop the historic Pratapgad Fort on Wednesday afternoon, Lodha - a prominent realtor, made the comparison which drew strong reactions from the Opposition Maha Vikas Aghadi allies.

The BJP minister's comments left CM Shinde and Deputy CM Devendra Fadnavis aghast and the large audience virtually speechless, while the Opposition slammed him, with one of the allies launching demonstrations.

Nationalist Congress Party (NCP)'s Leader of Opposition Ajit Pawar attacked Lodha, demanding 'control' over people who make such statements even in the presence of the CM.

"These people who keep making such statements must be controlled. After one stumbles, the other becomes cautious. But, it seems there is competition among them. Can Chhatrapati Shivaji Maharaj ever be compared like this," fumed Pawar.

Shiv Sena (UBT) leader and ex-Minister Aditya Thackeray condemned the comparison of Chhatrapati Shivaji Maharaj with those whom Maharashtra considers as 'gaddaar' (traitors).

"The people of the state consider them a 'khokha' government, this is not accidental but planned by the current regime and the BJP to show Maharashtra in a bad light," said Thackeray.

He compared Lodha's utterances with that of the Governor, terming it as "an insult to the Chhatrapati and to Maharashtra".

Taking a swipe at the developer Lodha, Thackeray added that these people don't understand the reality of the state, but only 'realty' through an agenda.

Congress Legislature Party Leader Balasaheb Thorat said that this has become a trend, with Chhatrapati Shivaji Maharaj being insulted by the Governor, the BJP spokesperson and now a minister.

"The Chhatrapati is the pride of the state. We strongly condemn the minister's statement. He must apologise for it or the people of the state will never forget it," demanded Thorat.

On the other hand, Balasahebanchi Shiv Sena Minister Uday Samant attempted to downplay his ministerial colleague's statement saying Lodha was merely citing an example which should not be 'misinterpreted'.

Next Story : Bihar BJP lashes out at Congress for Kharge's 'Ravan' jibe at PM Modi