According to reports, Bishnoi, who is in jail, had previously vowed to kill Salman Khan for the latter's alleged involvement in the blackbuck poaching case 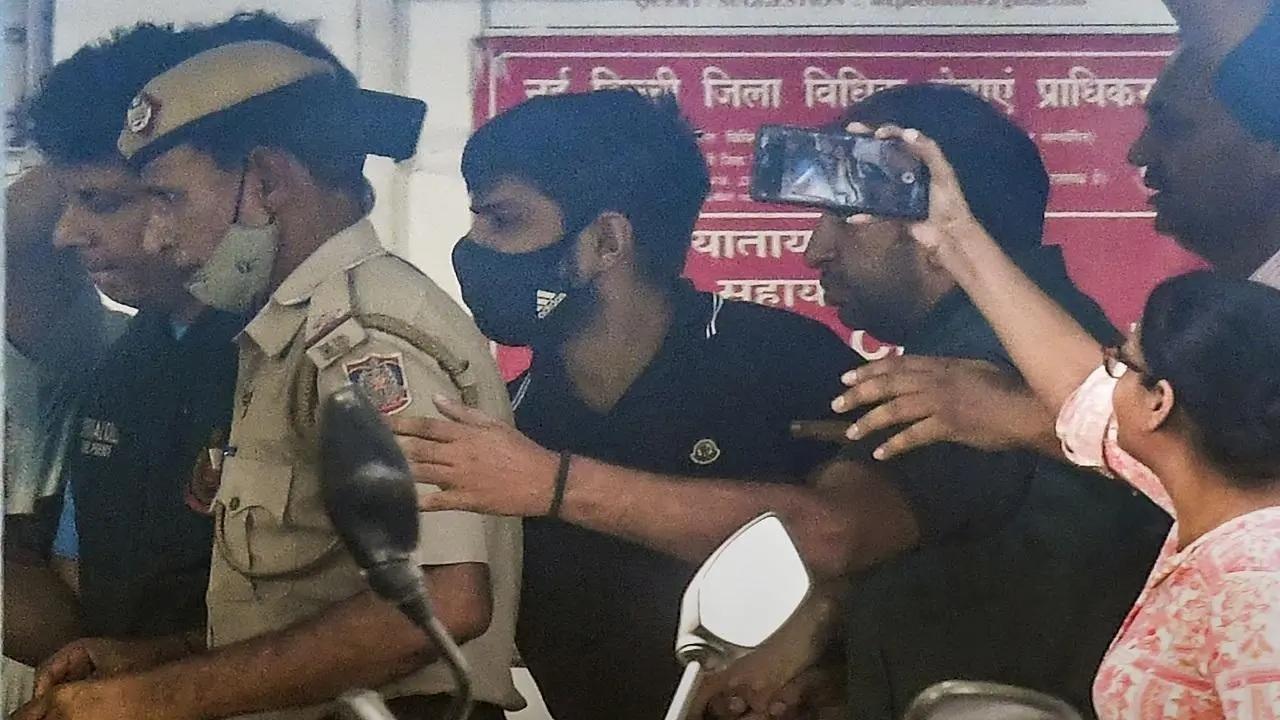 Lawrence Bishnoi being produced at the Patiala House Court in New Delhi. Pic/PTI


Gangster Lawrence Bishnoi has denied any involvement in the threat letter sent to actor Salman Khan and his father Salim Khan.

According to reports, Bishnoi, who is in jail, had previously vowed to kill Salman Khan for the latter's alleged involvement in the blackbuck poaching case.

On June 5, Salim Khan found a letter on a bench where he sits daily after jogging in the morning. The unsigned letter mentioned a threat to kill Salim and Salman Khan.

The letter in Hindi said that both Salim Khan and his son would soon meet the same fate as slain singer Siddhu Moosewala ('Tera Moosa Wala hoga'), said the police sources on condition of anonymity.

Later, with the help of his security personnel, Salim Khan contacted the police and an FIR was registered under section 506-II (Criminal intimidation) of the Indian Penal Code (IPC) at the Bandra police station. A further probe is underway.

The police are also looking scanning through the CCTV footage of the area for clues and questioning locals for further leads on the threat letter.

Bishnoi, who is the main suspect in the killing of Punjabi singer Sidhu Moose Wala, has said that his gang executed the murder.

Next Story : MVA leaders should contact us if they want support for RS polls: Asaduddin Owaisi