According to the early trends available for all the 68 seats, the Bharatiya Janata Party is leading in 33, the Congress in 31 while Independents were ahead in four 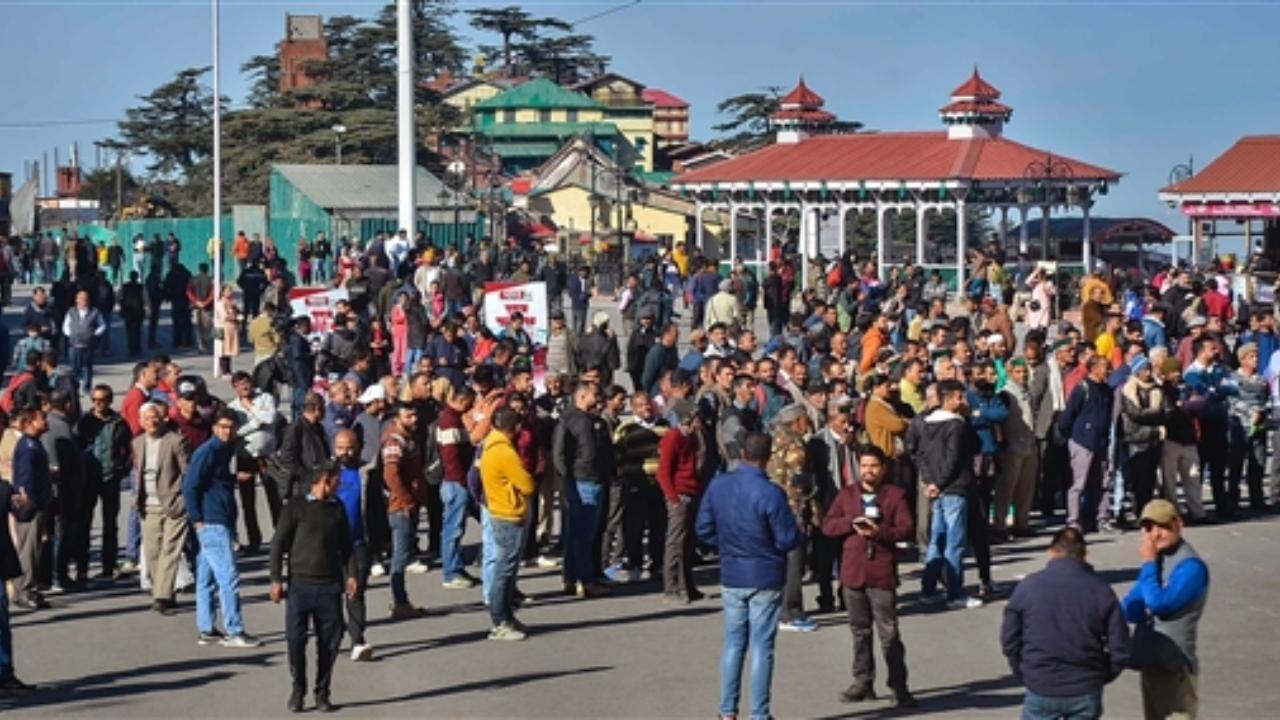 
A close fight is being witnessed between the ruling BJP and the main opposition Congress in Himachal Pradesh while Independent candidates were ahead in four seats, according to the Election Commission.

The Aam Aadmi Party (AAP), which had fielded candidates in 67 seats, is yet to open its account.

According to the early trends available for all the 68 seats, the Bharatiya Janata Party is leading in 33, the Congress in 31 while Independents were ahead in four.

Congress leader Mukesh Agnihotri, who is the leader of opposition in the state assembly, is leading from Haroli, while former state Congress chief Kuldeep Rathore (Theog), former minister Sudhir Sharma (Dharamsala), and Dhani Ram Shandil (Solan) too are ahead.

Others who are leading include Congress' Jagat Singh Negi from Kinnaur, Vikramaditya Singh, son of late chief minister Virbhadra Singh, from Shimla Rural, and Sukhwinder Singh Sukhu from Naudan.

Hoshiyar Singh from Dehra and K L Thakur from Nalagarh are among the Independents who are leading.

According to early trends, among prominent candidates who are trailing include ministers Rajinder Garg from Ghumarwin, Rajiv Saizal from Kasauli, Suresh Bhardwaj from Kasumpti and Virender Kanwar from Kutlehar and Sarveen Chaudhary from Shahpur.

Chief Minister Thakur and Himachal Pradesh Congress president Pratibha Singh have maintained that their parties would get full majority with over 40 out of the 68 seats.

Counting of votes for the 68-member assembly began at 8 am where the ruling BJP is hoping to retain power.

"In the early trends, the BJP was ahead. The party will retain power in the state and change the tradition (of the alternate government trend). The picture will be clear by noon. We are confident of winning," Himachal Pradesh BJP chief Suresh Kashyap said.

Himachal Pradesh has not returned any incumbent government to power in the last nearly four decades.

The results of the elections will also reveal whether the BJP's all-out personalised campaign led by Prime Minister Narendra Modi to buck the 'alternate government' trend has worked or not.

For the opposition Congress, however, a victory in Himachal is much-needed for its revival, as it has seen a spate of electoral losses in the last few years.

About 76.44 per cent of voters had exercised their franchise in the assembly polls held on November 12. A total of 412 candidates, including 24 women and 99 independents, are in the fray.

Next Story : Himachal polls: BJP wins 1 seat, ahead on 26; Congress takes lead on 38