Himachal voters have made up mind to repeat BJP govt like in UP, Uttarakhand: PM Modi

Earlier, the voters in Uttar Pradesh and Uttarakhand followed a tradition of changing the governing party every five years, but they have now given up this practice 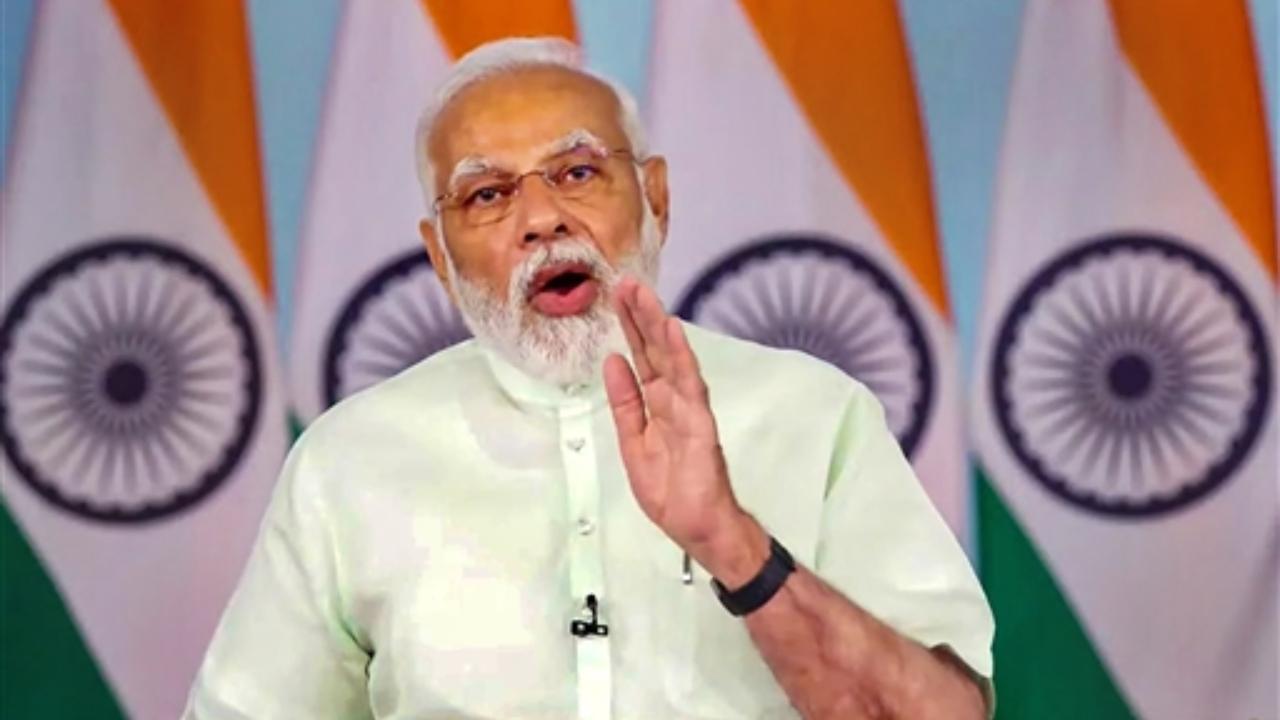 
The voters of Himachal Pradesh have made up their mind to repeat the BJP government in the state as their counterparts in Uttar Pradesh and Uttarakhand had done a few months, Prime Minister Narendra Modi said on Saturday.

Modi addressed a rally of the BJP youth wing in Mandi via video-conferencing as he could not reach the venue by helicopter due to inclement weather.

Earlier, the voters in Uttar Pradesh and Uttarakhand followed a tradition of changing the governing party every five years, but they have now given up this practice.

Similarly, the voters and the youth of Himachal Pradesh have made up their mind to repeat the BJP government as they know the BJP can provide a stable government and can work in the direction of developing the state.

Earlier, there were coalition governments in the country for decades which created doubts in the minds of people of the world that the government of multiple parties would collapse midway, he said.

However, eight years ago in 2014, the voters voted for a strong and stable government at the Centre which has brought stability in work culture and policies. A strong foundation is now ready and an ordinary person of the country and the world have faith in the government, that is why the entire world is now keen to connect with India, he added.

The 'Yuva Vijay Sankalp Rally' was organised at Paddal Maidan in Mandi, the home district of Chief Minister Jai Ram Thakur, ahead of assembly polls in the state scheduled for later this year.

Modi said his BJP is the party which has given the youth the maximum representation and expressed hoped that they will fulfil the dream of making India a developed country.

Himachal Pradesh is one of the three states which has been chosen for developing the pharma hub, he added.

Modi also congratulated the BJP government in Himachal Pradesh for leading other states in formulating a drone policy.

The prime minister expressed his disappointment for not being able to come to Mandi due to bad weather to address the rally physically. He said he would soon visit Himachal Pradesh to have a face-to-face meeting with the people of the hill state.

Modi said he can gauge the enthusiasm of the gathering of the youth as they used chairs as umbrellas to protect themselves from rain but did not leave the Paddal Maidan.

Earlier in the day, the prime minister tweeted, "Looking forward to being among our energetic Karyakartas at the @BJYM Yuva Vijay Sankalp Rally in Mandi, Himachal Pradesh today. The NDA government has undertaken various initiatives aimed at empowering our Yuva Shakti and ensuring they become self-reliant."

Thousands of youths from across the state came to the Paddal Maidan for the rally, organised by the Bharatiya Janata Yuva Morcha (BJYM).