Modi knelt down before public because he wanted to appear humbler than me: Gehlot's swipe at PM

Gehlot said instead of displaying such antiques, Modi should give the message of brotherhood and love to the people of the country 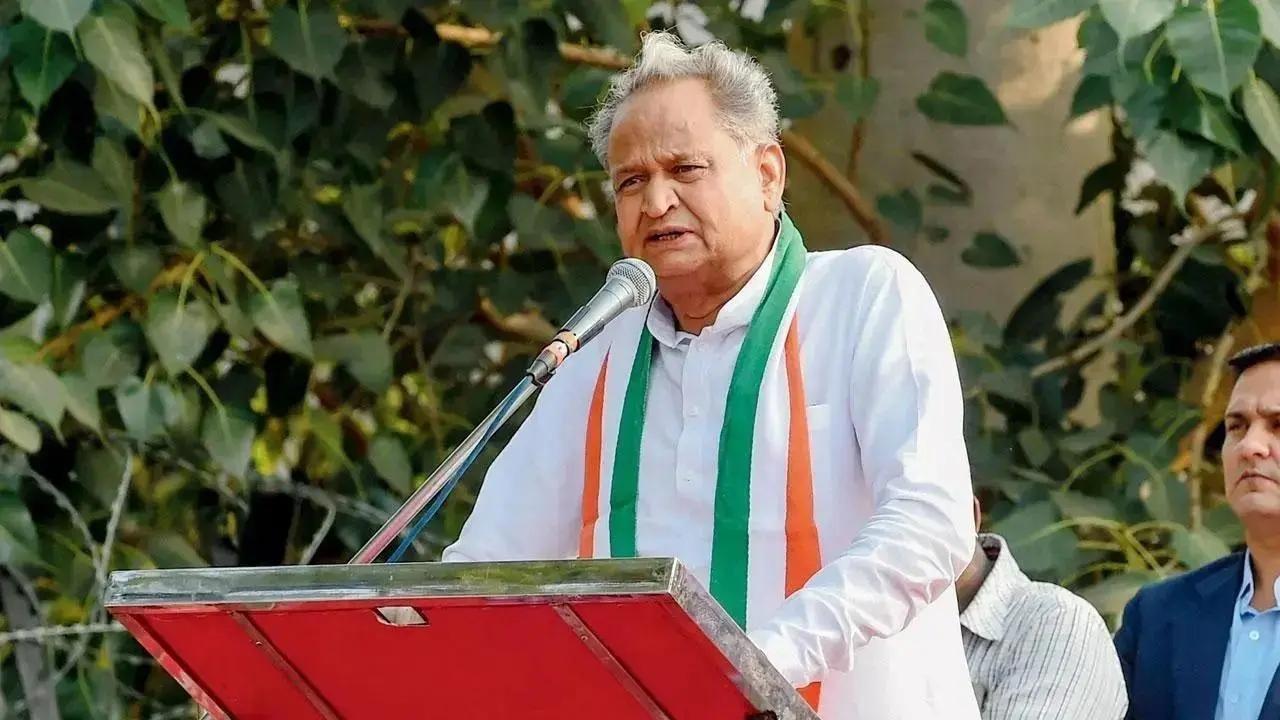 
Rajasthan Chief Minister Ashok Gehlot on Saturday took a dig at Narendra Modi for kneeling down before the gathering in Sirohi, saying the prime minister wanted to appear humbler than him.

Gehlot said instead of displaying such antiques, Modi should give the message of brotherhood and love to the people of the country.

Modi, who arrived in Abu Road of Sirohi district late on Friday, did not address a rally as he reached the venue late and said he had to obey the loudspeaker rules. He, however, knelt down thrice before the gathering and apologised for not being able to address them.

When asked, Gehlot told reporters in Bikaner, "He (Modi) knows that in Rajasthan, Ashok Gehlot has the image of a very humble man...a simple man. This has been my image since childhood. How will Modi ji contest this? He wanted to appear humbler than me."

The chief minister said in addition to being humble, Modi should also give the message of brotherhood and love to the countrymen.

"But he does not give this message. He is not following my advice. And what do you want to convey by kneeling down thrice?" Gehlot said during the district-level Rajiv Gandhi Rural Olympic sports in Bikaner.

He said if Modi had appealed to the people to spread harmony, he would have called up the prime minister and congratulated him. "Why only kneel down? Just to convey that I am also humble just like Ashok Gehlot?" he said.