Gandhi was first elected as a Member of Parliament from the Amethi parliamentary constituency in 1999, following which she became Leader of the Opposition in the Lok Sabha 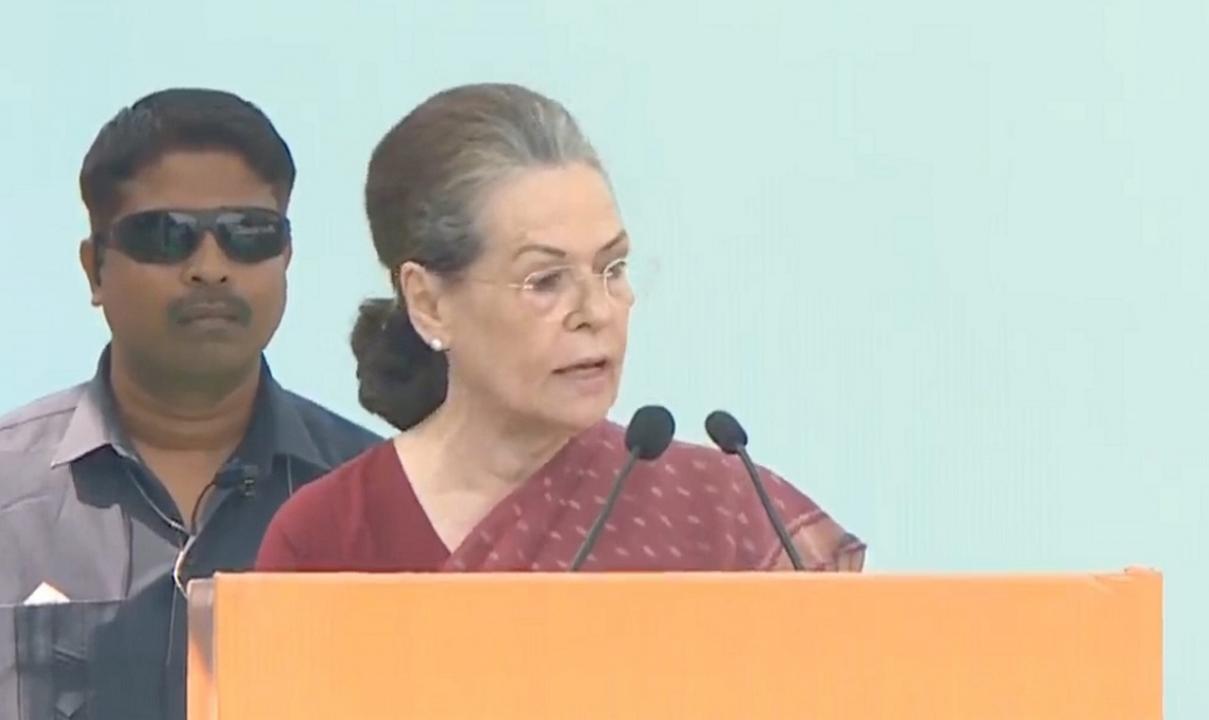 
Former Congress president Sonia Gandhi will celebrate her 76th birthday on December 9. Born on December 9, 1946, Sonia Gandhi, former Prime Minister Rajiv Gandhi's wife, was the longest serving president of the Congress, having been elected since 1998, according to the party's official website.

Gandhi was first elected as a Member of Parliament from the Amethi parliamentary constituency in 1999, following which she became Leader of the Opposition in the Lok Sabha. In the 2004 General Elections, she led the electoral campaign of her party which secured the largest number of seats.

On her birthday, here's a look at some of Sonia Gandhi's famous quotes:

“Today, I feel disappointed and sad that the Modi government is weakening the UPA's welfare schemes.”

"The Congress has faced many difficult times in the past, much tougher than today. But we have never lost heart; we have repeatedly demonstrated our resilience by remaining committed to our vision, values, and the beliefs that have always sustained us."

"Women empowerment is, after all, a dream, a vision of Rajivji. It is a genuine vision. We now have so many women in Panchayats."

“The ruling government left no stone unturned to destroy the Congress in the last four years. It was using all means to be in power. But the Congress has and will never bow before the power of arrogance of this government which has launched vendetta against its opponents.”

"This great country, this India, is woven of the rich individual strands of our regions, languages, religions, traditions, and communities through the ages. Yet its vibrant beauty can be seen only as a whole, a single seamless fabric, much greater than the sum of all the strands."

"The slogans of ‘sab ka saath, sab ka vikas’ and ‘na khaunga, na khane dunga’ are only and only dramebazi (drama) and a trick to grab power.”

“Under the leadership of former PM Manmohan Singh, the economy of this country flourished. Our government formed policies which lifted millions of people from poverty. And today, the Modi government is weakening these policies.”

“Congress is fighting the tyrannical Modi Govt. People have begun to realise that the promises made by the BJP in 2014 were hollow.”