Talk on the Child Side

A mammoth conference of different NGOs is to held in the city mid-month, bringing together all those who work in the field of Child Sexual Abuse (CSA), on new ways to confront and combat a growing but still under-reported malaise 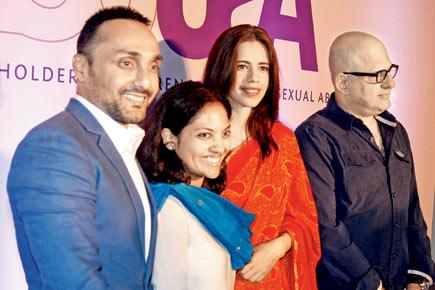 A first of its kind, Annual Stakeholder's Conference on Child Sexual Abuse (CSA) is set to be held in Mumbai in the coming week. Actor Rahul Bose's NGO - The Foundation that works with victims of child sexual abuse announced this two day conference at a press conference.

The Bollywood actor at a press conference at Mahalaxmi said, "CSA is considered taboo in India. At this conference scheduled for April 16 and 17, 20 NGOs in the country that deal with child sexual abuse will unite. Coming together to discuss and learn what each of them are doing will help the awareness and prevention of this heinous crime." 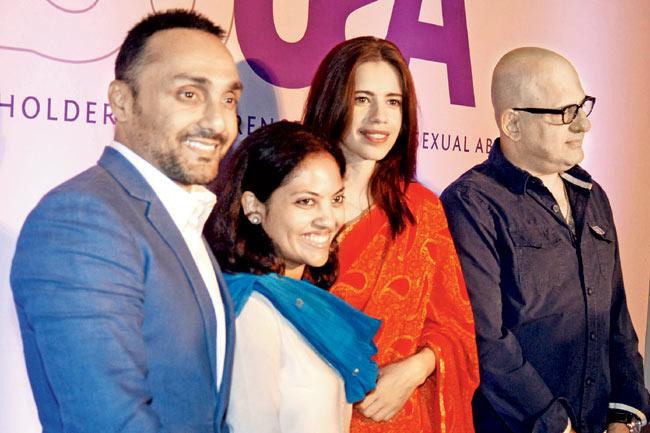 Together for a cause: (L-R) Rahul Bose, Suchismita Bose, Kalki Koechlin and Rahul Akerkar. Pic/Shadab Khan

In India, government statistics say that 53 per cent of children in India have faced or face sexual abuse. Bollywood actor, Kalki Koechlin who lent her support to the cause said, "Sexual abuse is something that has been brushed under the carpet for a very long time in India. The 2012 passing of the Protection of Children from Sexual Offences Act (POSCO) (See box) is a step forward."

Talking about how The Foundation works with child sexual abuse awareness in schools, Suchismita Bose, director of the NGO said, "We work with awareness, therapy and advocacy. We also conduct workshops for children, parents and teachers. So far we have been able to speak to 53 schools in the city." 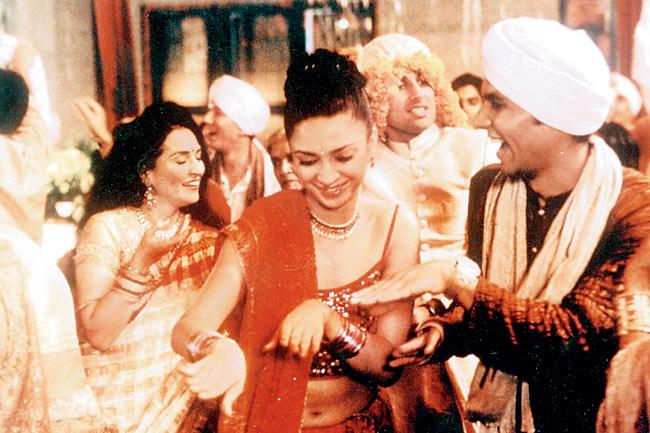 Reel Life: A scene from the movie Monsoon Wedding. The film touched upon the problem of Child Sexual Abuse (CSA)

Shedding light on why he chose to throw his weight behind the cause of CSA, Rahul Bose said, "I've had five relationships and the truth is that four of my girlfriends have been victims of child sexual abuse. I was fortunate to not have had any such incident in my life, but I've met many people who have sadly had to live with the scar. Many of these women always felt it was their fault and they were greatly depressed that their family members, especially their mothers did not believe them when they spoke about the abuse."

For Koechlin, the education system and the way it deals with education about body parts and sexuality is to blame for lack of awareness. She said, "In school, I remember learning about the sexual parts of the body in a class where we all giggled. There is a need for social sex education. Complex topics about sexuality and sex need to be discussed." 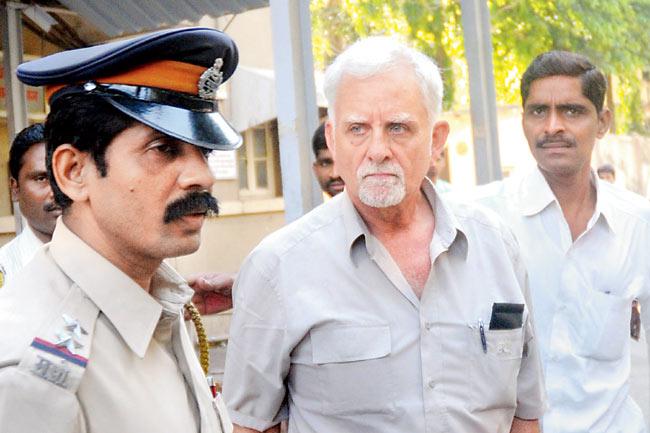 When Koechlin was quizzed by the media about being sexually abused as a child she said, "The reason you haven't heard about it is that I don't like to talk about it. For me, it's not a one day headline; it's something that's a reality I have lived with for a long time. Many of us have gone through it and most of the people that I know, especially close friends of mine who are women, have gone through some form of CSA. It's just so out there, so much of it that I think it's not something that should be ignored."

The conference on CSA which is set to be held in the city at the National Centre for the Performing Arts (NCPA) later this month will see the lawyer Flavia Agnes, gynaecologist Dr Duru Shah and child psychologist Dr Amit Sen among others come together to speak about their understanding of the problem.

The trio were part of the core group working on CSA, who had come together to help draft the POSCO Act. Now two years later, and the Act is up for review, they hope to make some more suggestions. 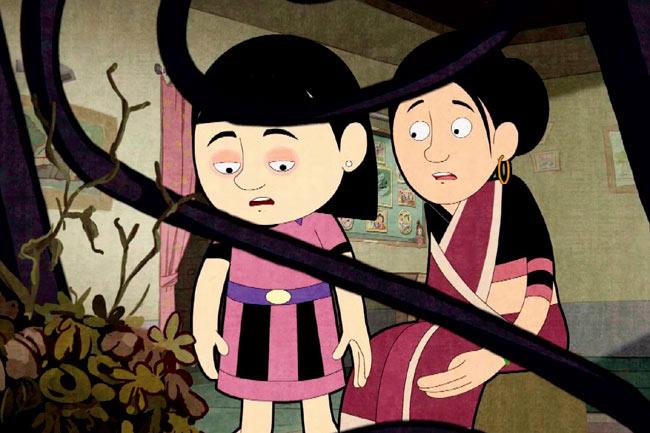 Animated: A still from Komal, a film on CSA by Childline

Suchismita Bose adds, "It took about five years for the bill to come about. I had a great experience working with these people and so it was easy to get them all together for this review. Everyone is gung-ho about sharing their experiences. There is hardly any research when it comes to CSA. Hopefully, after this conference, our findings will help get some fresh statistics."

With the new government set to be formed along the same time as the findings of the conference being chartered, the NGOs working towards tackling CSA are very hopeful.

Rahul said, "We had planned the conference much before the election dates were known. But it is a good thing that they both will be happening around the same time."

Stating that CSA doesn't have the platform that AIDS, cancer and polio have when it comes to awareness and visibility in the form of campaigns, NGOs associated with the cause, are hopeful the conference will help maximise collective strengths, minimise weaknesses and plug-in the gaps.

Suchismita Bose, who is also one of the speakers at the conference, ends, "With a lot of media awareness and the government taking huge steps to help CSA victims, the ground level is much better. The current Act has some
loopholes, which need to be ironed out which, through this conference we will hope to do."

Reaching Out
Sudeesh TM from Childline which is India's only helpline for children said, "We worked closely in getting the POSCO bill passed and helped close the gaps when it came to the problems the victim's faced. Like in the Anchorage case, which is a big case law, the ground reality is that even today, many children are being sexually assaulted by foreigners in India. Since 2011, we have been working with awareness and safety rules for children in schools across Mumbai."

With films like Bunty aur Pinky and Komal, an animated film that educates children on body parts as well as child sexual abuse, Sudeesh says, "We are reaching out to kids suffering from various kinds of exploitation throughout the country. Child sexual abuse is a part of daily life for many street children as well as children from affluent families and we do our best to help the children deal with the case."

Majlis which will also be presenting their work at the conference later this month deals with the legal aspect of child sexual abuse. Audrey D'mello, Programme Director at Majlis said, "We run victim support programmes and work with the state on the socio-legal front. The conference on child sexual abuse will be a great chance to see the work that is being done in other parts of India. Here in Mumbai, the identification parade, questions asked by the defence, etc are very uncomfortable and cause questions to be raised on the dignity of victims, this is where we step in. When it comes to child sexual abuse, it has to be a question and answer format that we ensure is followed as part of protocol."

A police awareness programme that they conducted recently helped the police force better understand child sexual abuse. D'mello said, "From September 2013 to February 2014, we have had an awareness programme for 670 policemen in Mumbai. Very often, the police fail to understand the nitty gritty of POSCO and so this awareness was a start. On the field, if any child sexual abuse case is dealt with in an insensitive manner, we can now contact the higher ups and ensure that the child gets respect. The legal system is very scary and family support is missing for many victims of child sexual abuse, we try to help them deal with the problem as well as look for effective legal solutions."