The Government of India from July 1 banned the manufacture, import, stocking, distribution, sale and use of identified single-use plastic items such as plates, cups, and straws, besides polystyrene 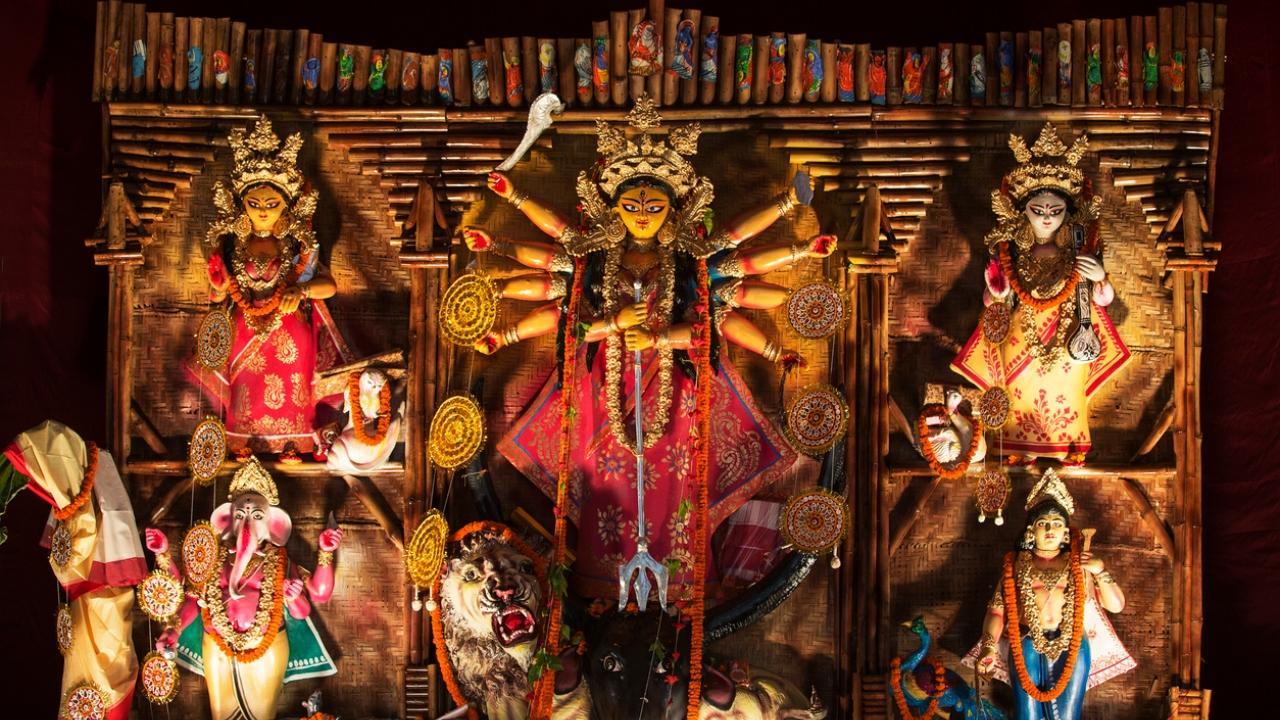 
The Centre's ban on thermocol (polystyrene) just three months ahead of the Durga Puja festival has put artisans of West Bengal in a fix as they use that product for long to decorate pandals and embellish ornaments of the idols.

The artists feel that it would have been better had the government launched an awareness campaign among them about the item's bad effect on the environment and given time to them to find out an alternative product.

The Government of India from July 1 banned the manufacture, import, stocking, distribution, sale and use of identified single-use plastic items such as plates, cups, and straws, besides polystyrene.

Thermocol is a synthetic polymer often used in protective packaging, thermal insulation and decorating various items. However, it is not biodegradable and thus not environment-friendly.

Internationally known artist Sanatan Dinda welcomed the move but said artisans should have been given some time for the transformation.

I used thermocol in the past but shunned it a long time ago. In this year's puja, I am using iron, paper, different kinds of clay and fibreglass for my work, said Dinda who is bringing alive the concept of a couple of Durga pujas in Kolkata.

The government also must ensure that thermocol is not manufactured. People cannot use it if it is not available in the market, Das said, adding that he is using pieces of cloth to give shape to the theme for another puja organiser in the city.

Every year, many puja organisers choose a theme, mainly social issues, and use their pandals, idols and lighting arrangements to depict it.

Chairman of West Bengal Pollution Control Board Kalyan Rudra said everyone has to comply with the rules laid down by the Government of India.

Ranjit Sarkar, an artisan who creates various items with thermocol as a base besides making embellishments for ornaments for idols, said nothing much can be done this year as most of the items have already been prepared.

We will have to think of other materials instead of thermocol now. The government should have thought about it a long time ago. Many people will be affected due to the ban and shifting to other materials will take time, he said.

This is a great move, yet a campaign should have been organised before the ban, feels artist Bhabotosh Sutar.

Besides environmental pollution, scattered pieces of thermocol also cause visual pollution, especially after the pujas, he said.

According to him, a substitute for thermocol is required now. It can be Shola, which is a natural product. It is harvested from shola plant that grows in marshy land," Sutar said.

Shola (Aeschynomene aspera) is available in various places in West Bengal and many people are engaged in creating artworks made of it.

However, shola is much costlier compared to thermocol and the production cost will go up if it is used as an alternative material, the artists said.