Who is Draupadi Murmu? Here's all you need to know about India’s 15th President

Droupadi Murmu was elected as the 15th President of India on Thursday. Murmu became the first Adivasi resident of the Rashtrapati Bhavan. She is a former Governor of Jharkhand and a former Odisha minister 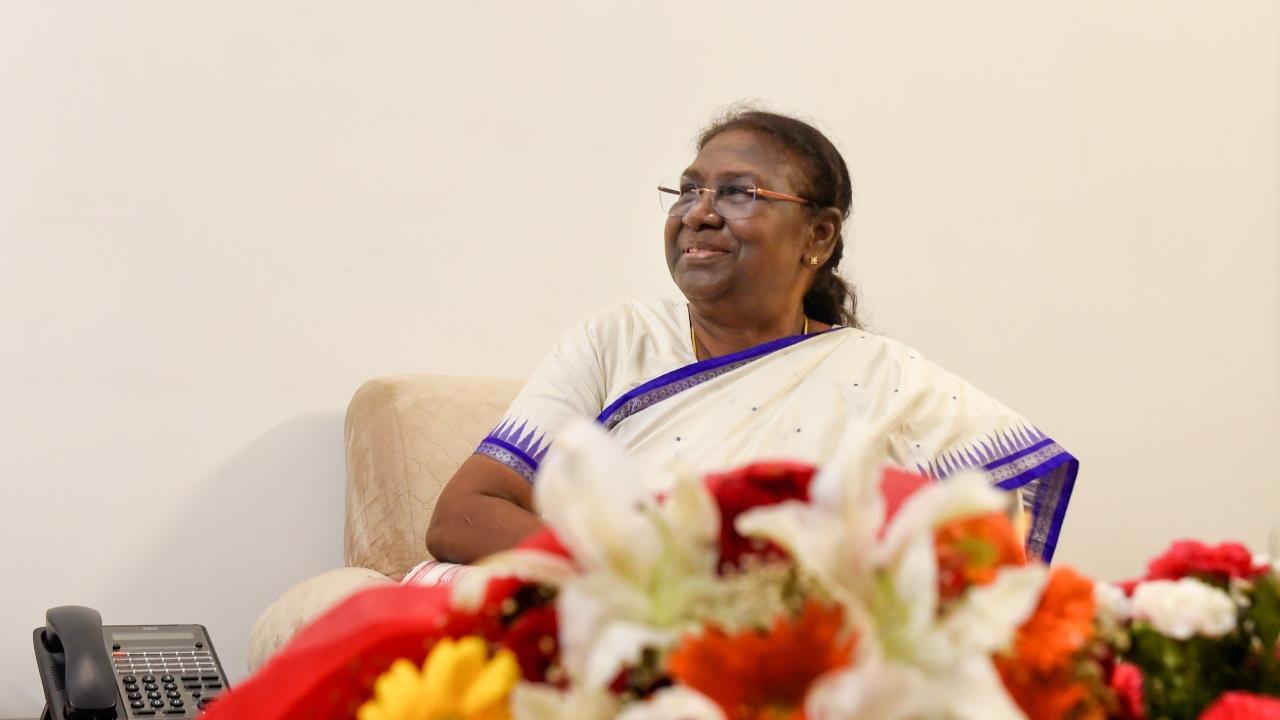 
Draupadi Murmu on Thursday scripted history after she was elected as India's first tribal President. The 64-year-old won by an overwhelming margin against Yashwant Sinha. Murmu is all set to take oath on July 25.

Here's all you need to know about Draupadi Murmu:

Droupadi Murmu was the first woman governor of Jharkhand. She served as Jharkhand Governor from 2015 to 2021.

Born in a tribal family in a village of Mayurbhanj, a backward district in Odisha, Droupadi Murmu completed her studies despite challenging circumstances. She taught at Shri Aurobindo integral Education Centre, Rairangpur. 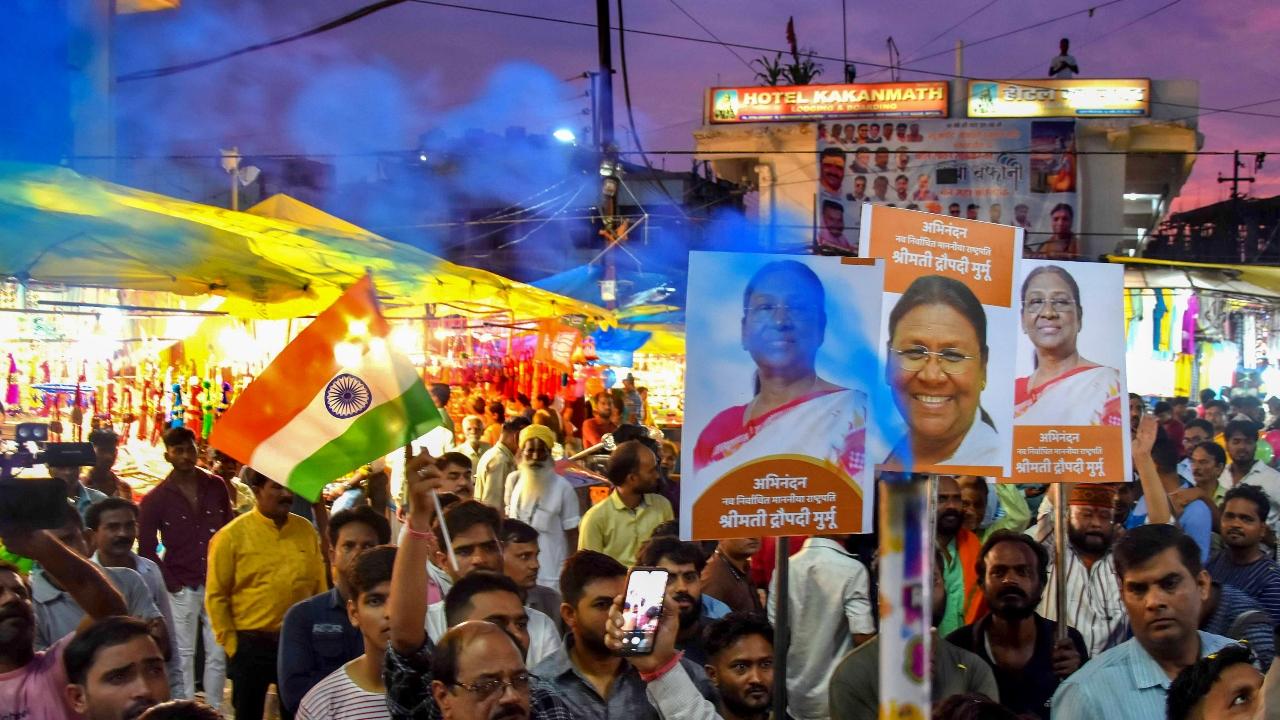 Born on June 20, 1958, she earned her Bachelor's degree in Arts from Ramadevi Women's College in Bhubaneswar and served as a junior assistant in the irrigation and power department in the Odisha government between 1979 and 1983.

Later, she also served as an honorary assistant teacher in the Shri Aurobindo Integral Education Centre in Rairangpur.

Born in the Santhal community, Murmu began her political career as a councillor in Rairangpur Nagar Panchayat in 1997 and rose through the ranks to become a minister in the Odisha government in 2000 and later the Governor of Jharkhand in 2015. 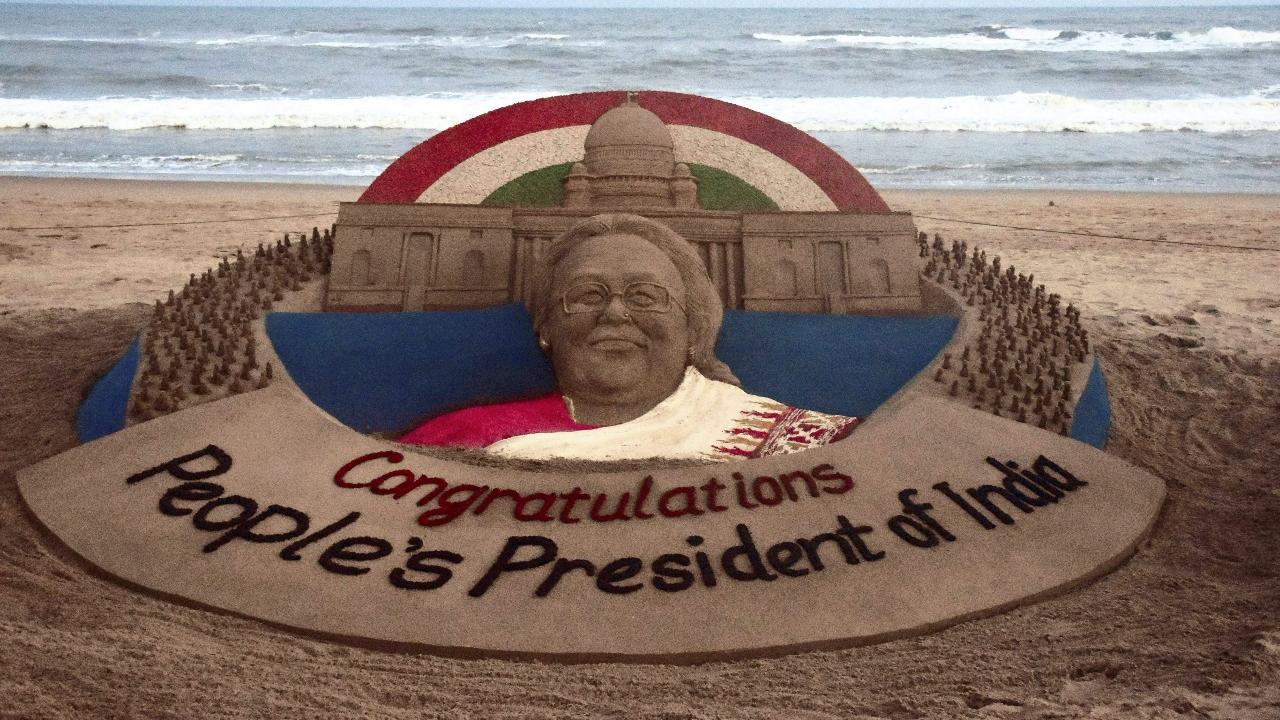 A sand sculpture of Droupadi Murmu, who is set to be India's first woman tribal President in Puri. Pic/PTI

A two-term former MLA from Rairangpur, Murmu held on to her assembly seat in 2009 when the BJD had snapped ties with the BJP weeks ahead of the state elections which were swept by Chief Minister Naveen Patnaik.

Murmu also holds the distinction of becoming the first woman Governor of Jharkhand.

Murmu was awarded the Nilkanth Award for the Best MLA of the year in 2007 by the Odisha Legislative assembly.

She has diverse administrative experience having handled ministries such as transport, commerce, fisheries and animal husbandry in the Odisha government.

In the BJP, Murmu was the vice president and later president of the Scheduled Tribe Morcha in Odisha. She was elected as the district president of Mayurbhanj (West) unit of the BJP in 2010 and re-elected in 2013. She was also named as member of the BJP National Executive (ST Morcha) the same year.

She held the post of district president till April 2015 when she was appointed as the Governor of Jharkhand.