In the press release, Swiggy said, man in the video is not a Swiggy delivery executive 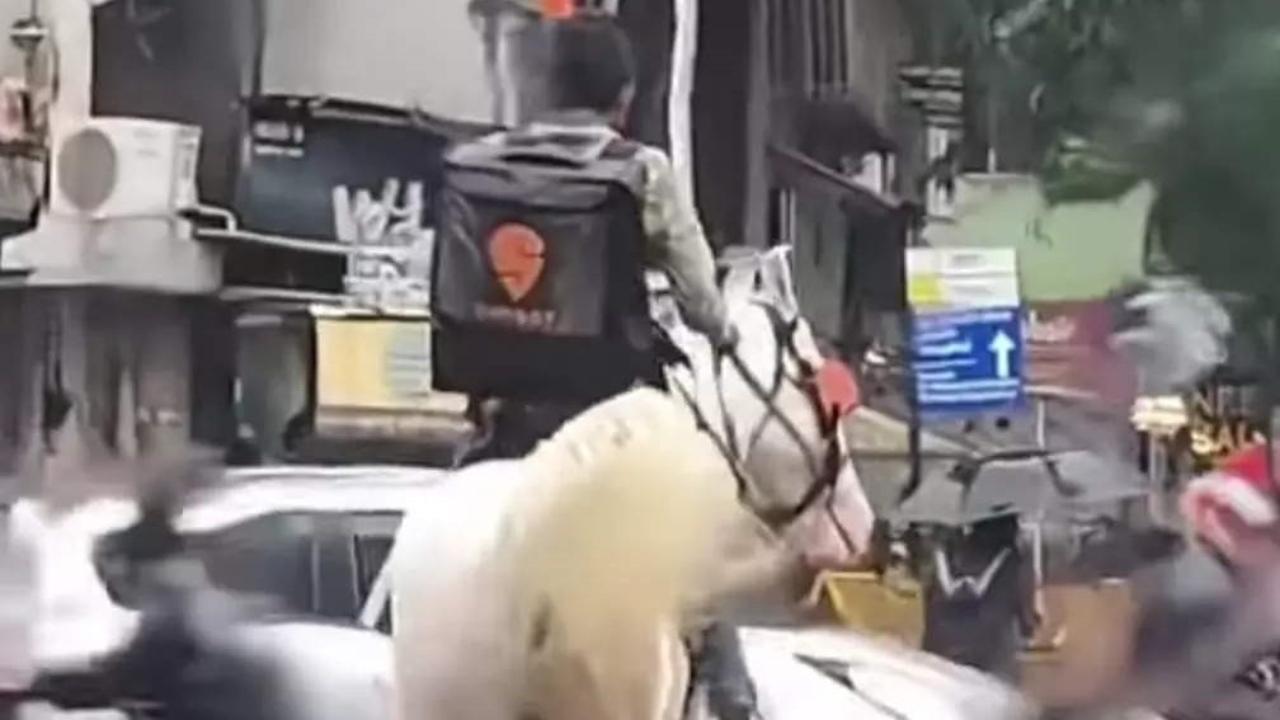 Screengrab from the viral video


Popular food delivery aggregator, Swiggy has cleared the suspense behind the viral video of a young man riding a horse in the rain with its delivery bag on his back. After the video went viral and created a buzz among the netizens so much that Swiggy had offered to reward Rs 5,000 to anyone who could identify the man behind the horse-back.

However, putting an end to the hunt, Swiggy has announced that they have identified the man. Swiggy while sharing a press release on Twitter wrote, "Okay enough horsin' around. "

In the press release, Swiggy said, "He is a 17-year-old Sushant. He's not a Swiggy delivery executive, but a typical teenager who borrows things and forgets to return them. In this case, what he borrowed was the Swiggy delivery bag. Currently, he helps out at a stable in Mumbai, where he is a horse courier i.e. he takes care of dressing horses for wedding processions."

Swiggy further said that the 'Swiggy bag' which first raised the speculation of the man carrying food actually contained "embroidered drapes and accessories" to decorate horses for weddings.

Also Read: Chinese man finds out he has ovaries, uterus after 20 years

"Before you jump to any gender-fluid conclusions about the animal, we would like to confirm that the horse's name is Shiva... It was embroidered drapes and accessories that are put on horses to prepare them for wedding processions."

It further said that on the fateful day when the video went viral, Sushant was returning home from a wedding and that the video was shot by a man named Avi, who was rewarded with the Rs 5000 as a reward, as promised by Swiggy.

Swiggy concluded the press release by writing, "No animals were hurt during this horse-hunt. We care for all animals including most 'social animals' too."

Next Story : Uttar Pradesh: Snakebite victim's brother visits village for funeral, gets killed by another snake