And Allah’s call to Hany Babu

From being an atheist when he had enrolled for PhD at EFLU in 1992, he turned to Islam after his arrest and found that an imagined, one-way love, steeped in faith, too can heal wounds 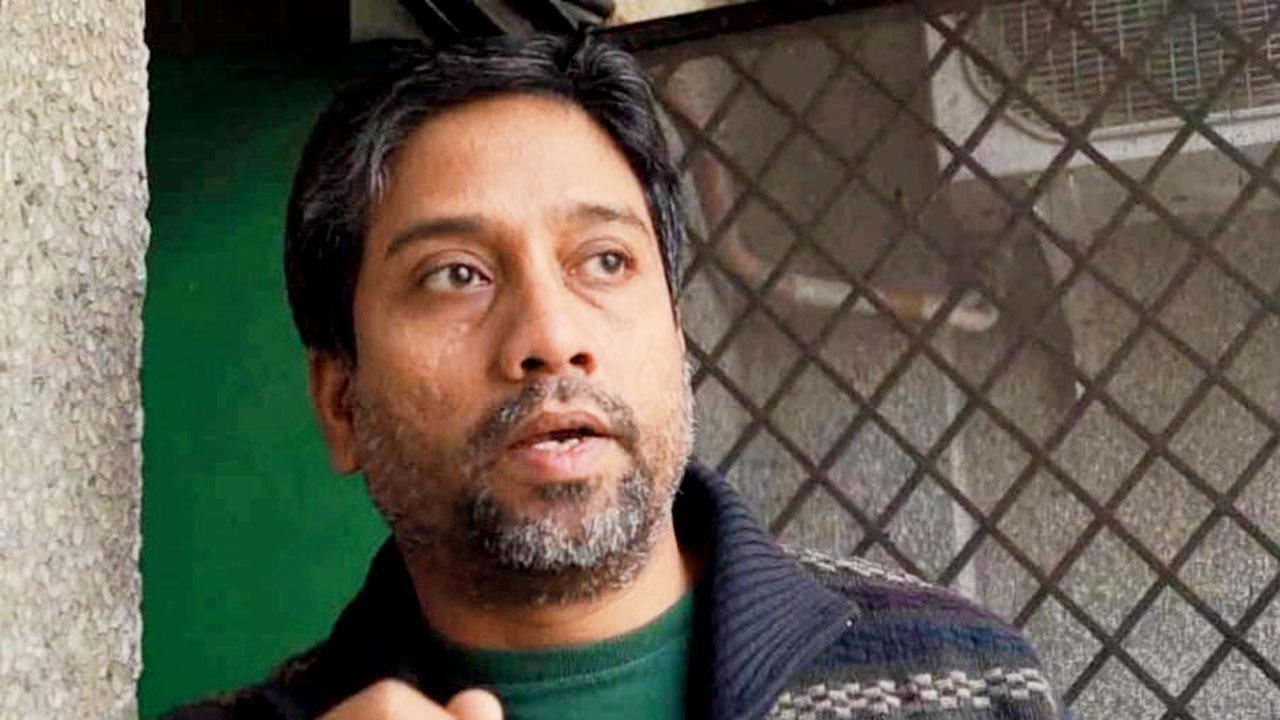 Hany Babu has always been an activist—from leading a struggle to have beef and pork served in the hostel mess at EFLU to waging the reservation battle at DU. Pic/Twitter

When Hany Babu was arrested, on July 28, 2020, under the Unlawful Activities (Prevention) Act for his alleged role in the 2018 Bhima-Koregaon violence, his daughter Farzana seemed unflappable. Surprising for a Standard XI student? Well, one night three months later, Farzana could not go to sleep. She persistently dialled Hany’s mobile, and, after failing to get a response—judges and police officers please note—she cut herself. Accident? An alarmed Jenny Rowena took Farzana away from Noida, adjoining Delhi, to Kerala, where the love of Hany’s family and friends healed the wounds festering inside her.

In Mumbai’s Taloja Jail, aware of how difficult it is to get bail under UAPA, Hany heard the call of Allah—and learnt to offer namaz five times a day. Last year, when he was admitted to Breach Candy Hospital with a COVID-related eye infection, Hany told Jenny about the peace he now experiences.

An imagined, one-way love, steeped in faith, too can heal wounds!

Hany Babu Musaliyarveettil Tharayil is Muslim. And that is a surprise for me, partly because such a name a north Indian Muslim would unlikely have. It is also because his public persona has been of a feisty fighter who deployed the Right to Information Act to prove colleges in Delhi University were not implementing 27 per cent reservation for the Other Backward Classes. Then Hany did not know the Quran beyond its opening line: “In the name of Allah, the most beneficent, the most merciful.”

His turn to Islam is in contrast to the belief of his father, an atheist and Marxist, who dispelled the charm that religion had for Hany’s mother. Not surprisingly, it was an atheist Hany who enrolled in 1992 for PhD at the English and Foreign Languages University (EFLU), Hyderabad, which was then witnessing an assertion of oppressed caste students, galvanised by Prime Minister VP Singh’s decision to implement the Mandal report. All Muslims in Kerala are OBCs. Hany’s caste—not religious—identity was his primary self-definition.

At EFLU, Hany led a struggle to have beef and pork served in the hostel mess, speaking and arguing—and attracting the attention of Jenny Rowena, who too was doing her PhD there. They began to live together. Three years later, in 1997, Hany was appointed an assistant professor at EFLU’s English department. When Jenny discovered she was pregnant, they decided, in 2003, to marry.

Hany’s family had reservations, not because his and her religions were different. “My family is poor. They are propertied,” Jenny explains, as we sit conversing in the living room of their 21st floor apartment, which the police raided on September 10, 2019, and from where they arrested him nine months later.

What, you are not a Christian, I ask, dumbfounded.

Giving caste-neutral names to their children was her parents’ revolt against the hierarchy perpetuated by Hinduism.

When a child was born to Jenny, she named her Farzana, Persian for ‘wise woman’, stumping her friends, who thought she had surreptitiously converted to marry Hany. But theirs had been a court marriage. In 2008, Hany was appointed associate professor at Delhi University’s English department. Jenny bagged a teaching post at Miranda House, becoming the elite college’s first OBC appointee.

As Hany joined others to wage the reservation battle at Delhi University, Jenny had a choice to make: Should Farzana have a secular upbringing? But secular grooming, Jenny and Hany concluded, on the basis of their observations, would turn Farzana either anti-religion or culturally a Hindu, or both. She thought it would be democratic to introduce her to Islam and let her decide, when she grew up, what she wanted to be. Jenny had a maulana teach Arabic and the Quran to Farzana. He narrated stories to the family about the Prophet’s defiance against formidable rivals who wanted him to eschew his beliefs.

The maulana’s stories seeped into Hany’s subconscious, surfacing when he was packed off to Taloja for his role, it is widely believed, in making Delhi University accessible to all castes.

Prophet Muhammad inspires; so does Ambedkar. Both represent, in many ways, ideas that are anathema to Hindutva.

Jenny barely gets time to examine her emotions, as she must hold classes, mother Farzana, ensure the EMI on the loan for their apartment is paid, organise legal support and visit Hany every fortnight… the to-do list is long. When she feels emotionally hollowed out, she imagines Hany out of jail and he and Farzana feasting on the biryani cooked by her.

“The political part in me knows my suffering is not unique in a country where the 10 per cent of richest include those who earn R25,000 a month,” she says, adding, “All of us, Bhima Koregaon families, know that to slip into depression is to let the state defeat us.”

Farzana will soon join a media school, a step toward her dream of becoming a filmmaker. She would, hopefully, one day make a film on UAPA victims that would make people wonder that such an India too had existed once. “Lazim hai ke hum bhi dekhenge—Certainly, we too shall see [that day].”

Next Story : In week 2, mind games will begin