Phase 1 of Metro Line 2A connecting Dahisar to Dahanukar Wadi and Metro Line 7 between Dahisar and Aarey were inaugurated on April 2. Operational for barely three months, the infrastructure seems to have already developed wear and tear 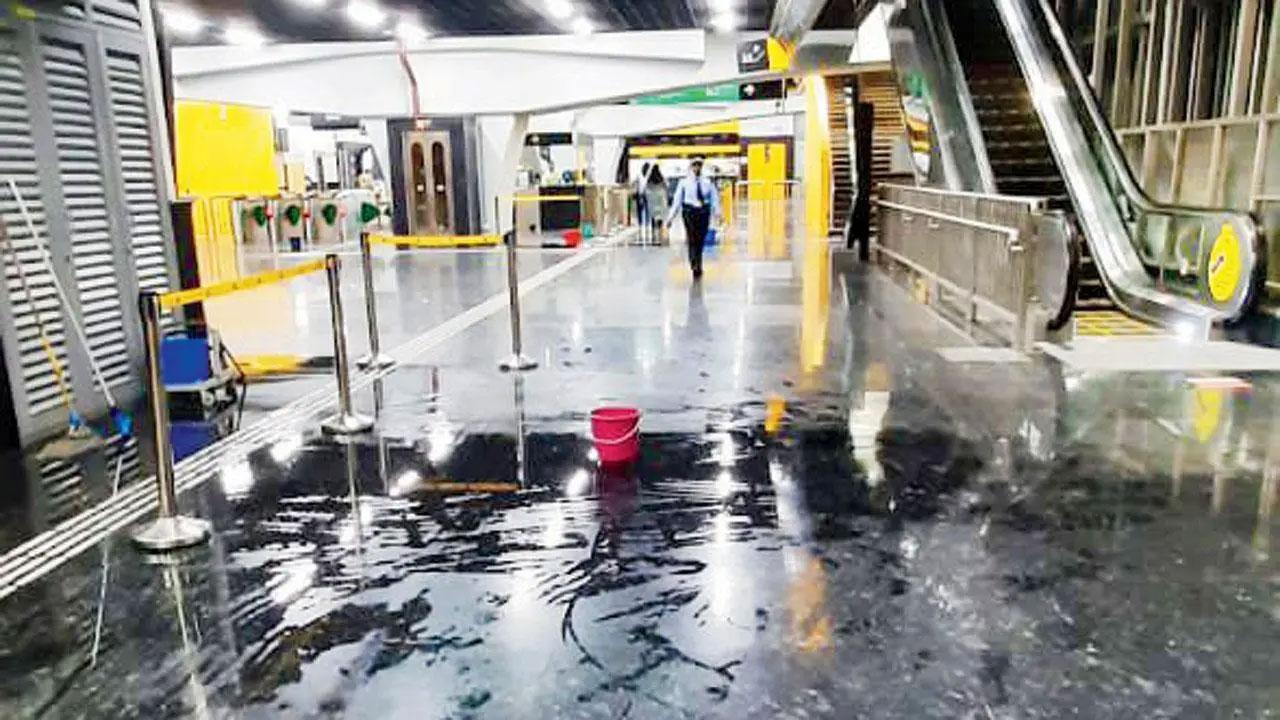 Buckets, as seen in the picture, are placed to collect rainwater leaking from the roof of Kandarpada Metro station


Metro lines 7 and 2A, which opened to the public recently, have leaky roofs, complained a commuter who shared with this paper photos of the leakage inside a compartment and at a station.

Phase 1 of Metro Line 2A connecting Dahisar to Dahanukar Wadi and Metro Line 7 between Dahisar and Aarey were inaugurated on April 2. Operational for barely three months, the infrastructure seems to have already developed wear and tear.

While commuters acknowledge that the Metro is helping them commute faster, the experience has not been all rosy. One commuter claimed there were water leakages at the station, and inside the compartment too. There were also buckets placed to catch the seeping rainwater at the concourse level of the station. Not all has been dark though. Commuters also praised facilities like drinking water, toilets, and tactile pathways for the visually impaired.

With both sides of the Metro story, it is important that the leaky roof problem is addressed in double quick time so that this inconvenience is sorted out. Water inside the compartment is inexcusable and is a strong cause for ensuring quality work at the inception stage itself. This lacunae means there are double the expenses, time is wasted and there is a huge effect on commuters.

Leakage on platforms and inside the Metro means dangers of slipping. Anger and altercations may ensue as each commuter seeks to blame the other. This is not to say that fights do not happen for other reasons, but this is a prime factor.