Official data shows fall in new cases, but not in large parts of the population after government ended mandatory testing 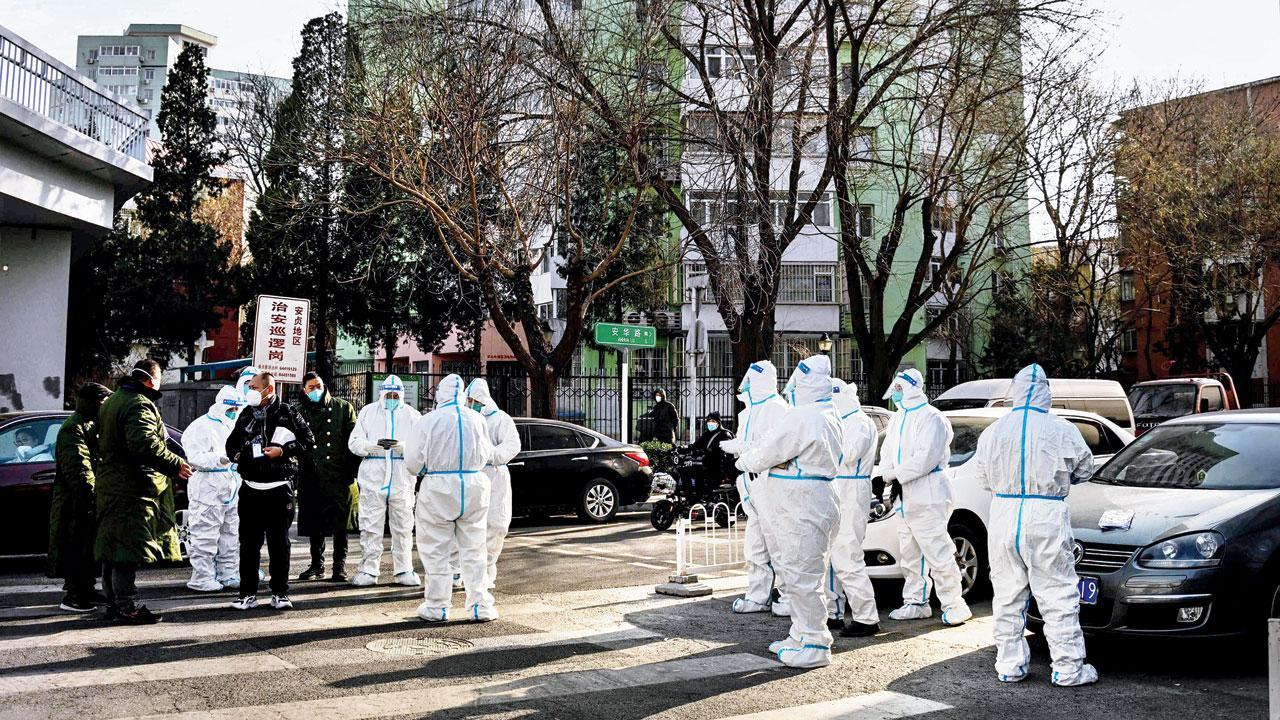 Workers near a residential community that just opened after a lockdown in Beijing Thursday. Pic/AFP


A rash of Covid-19 cases in schools and businesses were reported by social media users Friday in areas across China after the Communist Party loosened anti-virus rules as it tries to reverse a deepening economic slump.

Official data showed a fall in new cases, but those no longer cover big parts of the population after the government on Wednesday ended mandatory testing for many people. That was part of dramatic changes aimed at gradually emerging from “zero-COVID” restrictions that have confined millions of people to their homes and sparked protests and demands for President Xi Jinping to resign.Social media users in Beijing and other cities said coworkers or classmates were ill and some businesses closed due to lack of staff. “I’m really speechless. Half of the company’s people are out sick, but they still won’t let us all stay home,” said a post signed Tunnel Mouth on the popular Sina Weibo platform.

The reports echo the experience of United States, Europe and other economies that have struggled with outbreaks while trying to restore business activity. But they are a jarring change for China. Xi’s government began to loosen controls Nov. 11 after promising to reduce their cost and disruption. “Relaxing Covid controls will lead to greater outbreaks,” said Neil Thomas and Laura Gloudeman of Eurasia Group in a report, “but Beijing is unlikely to return to the extended blanket lockdowns that crashed the economy earlier this year.” On Friday, the government reported 16,797 new cases. That was down about one-fifth from  the previous day and less than half of last week’s daily peak above 40,000.