'When it comes to central bank reserves, we will judge and interact with any future Afghan government on the basis of its conduct and its conduct in key areas,' US State Department spokesperson Ned Price said during a press briefing 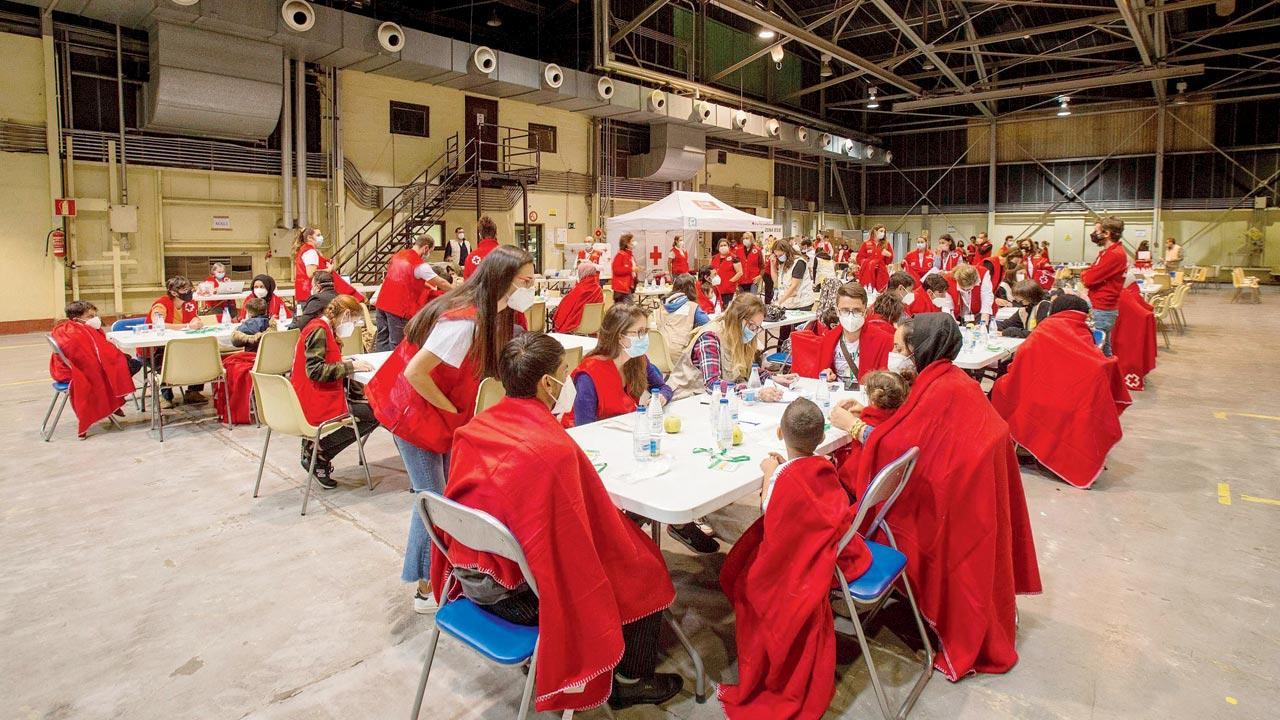 Members of the Spanish Red Cross with evacuees from Afghanistan at the Torrejon de Ardoz air base near Madrid on Wednesday. Pic/AFP


Following in-person talks with the Taliban in Doha last week, the United States on Tuesday (local time) said that it will make a decision regarding Afghanistan’s bank reserves on the basis of the future government’s conduct.

“When it comes to central bank reserves, we will judge and interact with any future Afghan government on the basis of its conduct and its conduct in key areas,” US State Department spokesperson Ned Price said during a press briefing.

The Biden administration has decided to freeze billions of dollars of Afghanistan government reserves held in the US financial institutions to halt the Taliban from accessing these funds. The Taliban took over Afghanistan in August and the US military ended its 20 years of military presence in the country. In the subsequent weeks, the World Bank and the International Monetary Fund suspended financial aid to the country.

Additionally, the US also froze billions of dollars in assets belonging to the Afghan Central Bank. Last week, delegations from the US and Taliban held discussions on humanitarian assistance to Afghanistan during the weekend’s talks in Doha. Taliban had urged the US to unfreeze its account.

The UN refugee agency (UNHCR) said on Tuesday that the humanitarian crisis in Afghanistan is worsening, and funding for emergency aid is urgently needed to
help 20 million people there. This comes a month since the UN had led an appeal for solidarity for the people of Afghanistan, seeking USD 606 million for the troubled country. Only 35 per cent of the funds it needed to fund operations for the next two months had been received, the UN refugee agency said.

Next Story : Assailant kills 5 people with bow and arrow in Norway, arrested