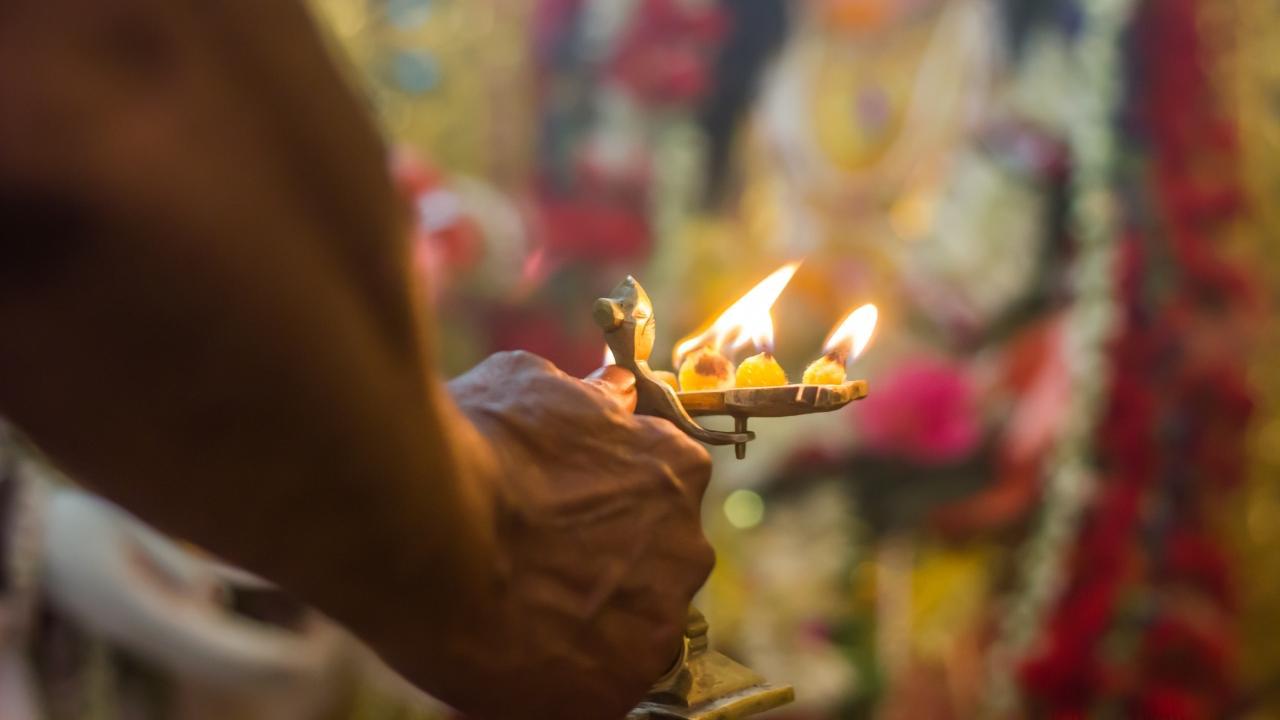 
A third Hindu temple was vandalised with anti-India graffiti in Melbourne's Albert Park on Monday, days after Shri Shiva Vishnu Temple in Carrum Downs was vandalised, The Australia Today reported.

The management of Melbourne's International Society for Krishna Consciousness (ISKCON) temple also known as the Hare Krishna Temple found the temple walls vandalised with anti-India graffiti in the early hours of Monday morning.

Speaking to The Australia Today, Bhakta Das, Director of Communication for ISKCON temple said that they were "shocked" by the disregard for respect for the place of worship and added that they hav filed the complaint with Victoria Police.

"We are shocked and outraged with this blatant disregard for respect for the place of worship," Das said.

Shivesh Pandey, an IT consultant and devotee of ISKCON temple said that Victoria Police has failed to take any action against people who are running a "hate-filled agenda" against the Hindu community, the news report said.

"In the last two weeks, Victoria Police has failed to take any decisive action against the people who are running their hate-filled agenda against the peaceful Hindu community," The Australia Today quoted Shivesh Pandey as saying.

Earlier, the Shri Shiva Vishnu Temple in Australia's Carrum Downs was vandalised with anti-Hindu graffiti. The act came to notice on January 16 after temple devotees came for 'darshan' amid the three-day long "Thai Pongal" festival which is being celebrated by Australia's Tamil Hindu community.

On January 12, BAPS Swaminarayan Temple in the Mill park area of Melbourne was vandalised by anti-India elements with anti-India slogans written on the walls of the temple, located in the suburb of Mill Park, The Australia Today reported.

Patel, an onlooker who does not want to reveal his first name told The Australia Today, shared how he witnessed the vandalised walls of the temple when he visited the site on Thursday.

"When I reached the temple today morning all walls were coloured with graffiti of Khalistani hatred towards Hindus." The Australia Today quoted Patel as saying.

He added, "I am angry, scared and dismayed by the blatant display of religious hatred towards the peaceful Hindu community by Khalistan supporters."

In a statement to The Australia Today, BAPS Swaminarayan Mandir stated that they are "deeply saddened and shocked by these acts of vandalism and hate." It said that they have remained committed to "peaceful coexistence and dialogue to all faiths."