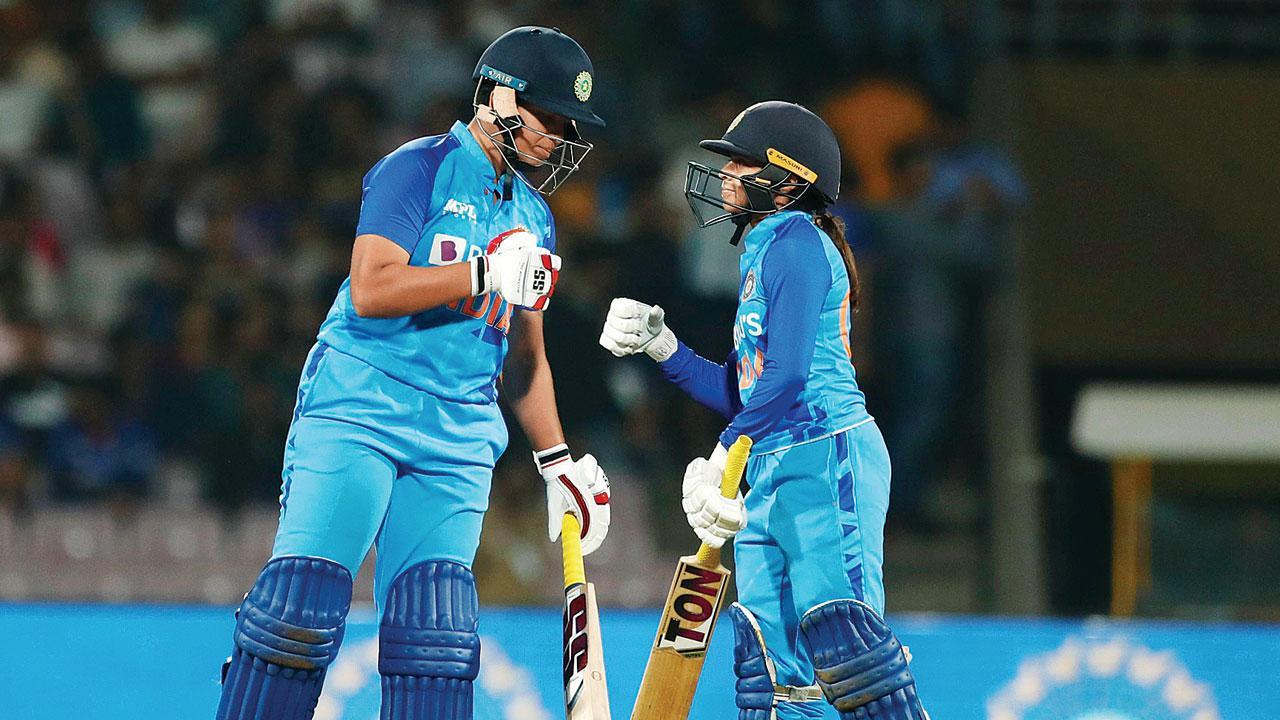 
Finally after a long wait of 13 years, the DY Patil Stadium at Navi Mumbai hosted its first international cricket match on Friday. The first match scheduled here was also between India and Australia, way back on November 11, 2009. MS Dhoni and Ricky Ponting’s men couldn’t get any play on that day because of incessant rain.

On Friday evening, Harmanpreet Kaur & Co showcased a complete team effort while posting 172-5 in the allotted 20 overs. The top-order batters failed to capitalise on good starts, but No.6 Richa Ghosh and No.7 Deepti Sharma shouldered the responsibilities quite well. Sharma remained unbeaten on 36 while hitting eight fours in just 15 balls. Wicketkeeper-batter Ghosh too played an attacking knock of 36 (5x4, 2x6). Pune-based Devika Vaidya scored 25 not out (1x4, 1x6) and captain Kaur contributed a 23-ball 21.

Earlier, put into bat, India began briskly, scoring 18 runs in the first two overs. Opener Shafali Verma (21) faced just 10 balls, but she looked confident while dispatching the ball twice over the fence. Her opening partner Smriti Mandhana (28) started cautiously, but showed her class while hitting five fours during her 22-ball stay at the crease.

Pacer Ellyse Perry (2-10) dismissed Verma through wicketkeeper Alyssa Healy in her first over. In her second over, Mumbai’s Jemimah Rodrigues offered an easy catch to mid-on fielder  Annabel Sutherland.  The India batters enjoyed a good crowd support, which was around 15,000.