The Afghanistan spin bowling sensation hit a 10-ball 31 and backed it up 2 wicket haul in a rain curtailed 11 over contest. Najibullah Zadran also smashed a 50 with the blade 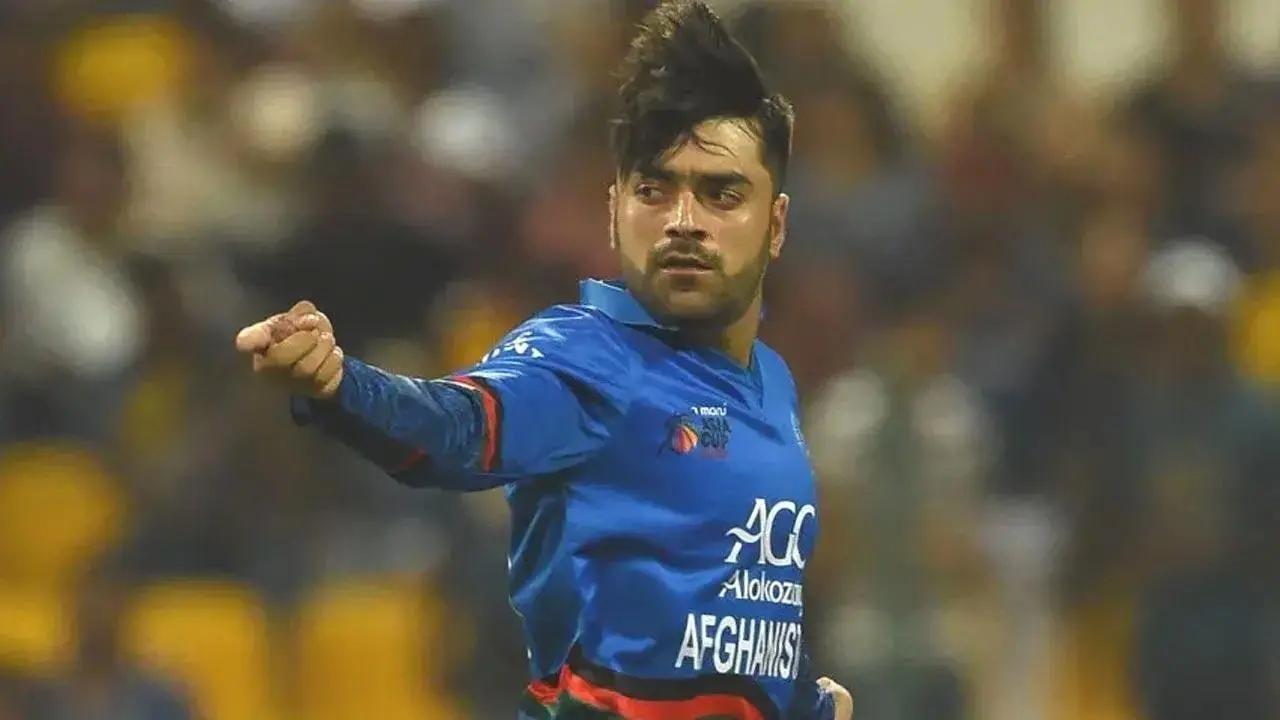 
Najibullah Zadran's half-century and an all-round performance by Rashid Khan helped Afghanistan register a 27 run win over Ireland in the fourth match of the five-match T20I series on Monday.

Chasing 133, Ireland had a short but blistering opening stand. Opener Paul Stirling's got the innings moving from ball one, and Balbirnie went four, four, six in the second over as Ireland drove to 28-0 after nine deliveries. But Balbirnie's stay on the crease was short, and the losses of Stirling and Lorcan Tucker a couple of overs later left Ireland in serious trouble.

In-form George Dockrell tried to ensure that his team reached three figures. He smashed 41 off just 27 deliveries with four fours and two sixes. He couldn't get support, and Ireland fell short of 27 runs.

Earlier, Ireland won the toss and chose to bowl first but it was Afghanistan who took the early initiative; Rahmanullah Gurbaz hooked a six to make it 17 runs off the opening over, bowled by Josh Little. Gurbaz scored 24 off 13 deliveries, and eventually went back to the pavilion in the third over when Mark Adair took a catch at short fine-leg off the bowling of Barry McCarthy.

Afghanistan recovered well from 55-4, led by Najibullah, who smashed 50 runs in the 24-ball with another sparkling knock. His 24-ball stint saw him smash four fours and three sixes, and Rashid also shifted the gears and smashed three sixes in an effective cameo. The duo took their team to a comfortable total of 132/6 in 11 overs.

Next Story : Asia Cup 2022: India are favorites but Pakistan can beat them opines former Pak captain