At sixes and sevens! 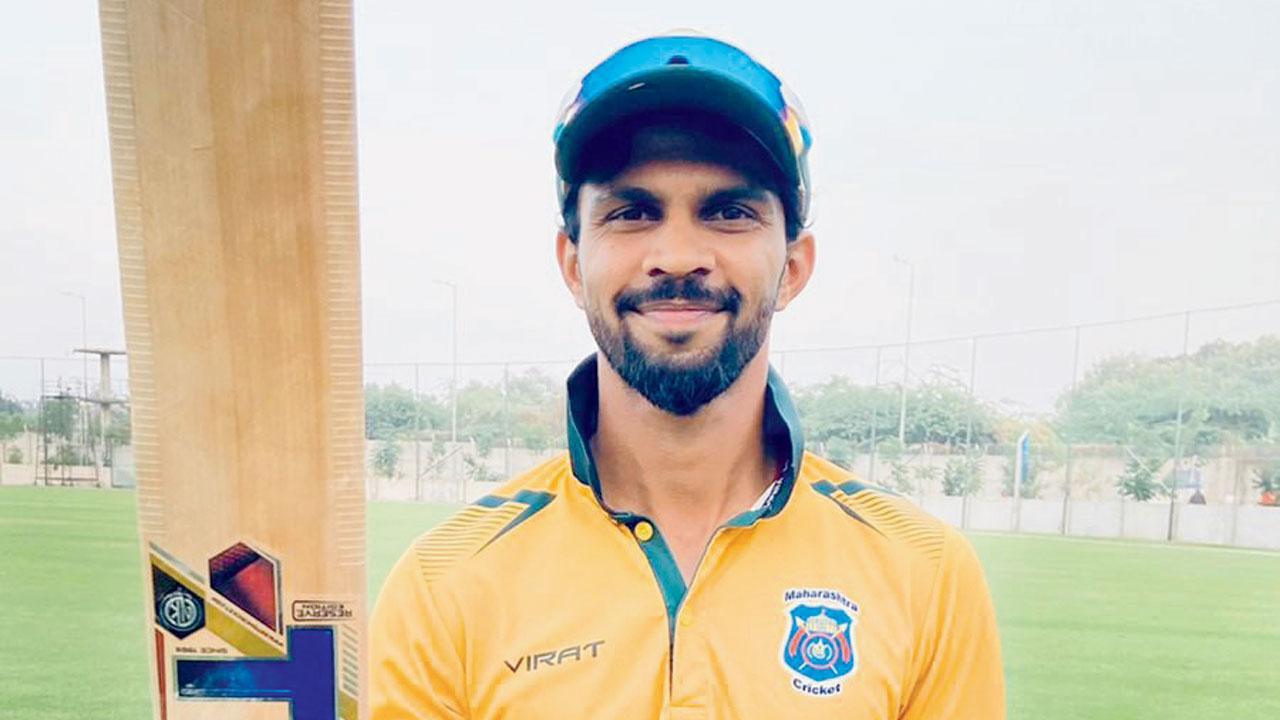 
Maharashtra captain Ruturaj Gaikwad (220 not out) smashed his way into the record books on Monday by slamming seven sixes in an over from Uttar Pradesh’s left-arm spinner Shiva Singh in the Vijay Hazare Trophy quarter-finals at Ahmedabad.

Gaikwad, 25, who missed the last four games of the competition due to a wrist injury, helped his team beat the former champions by 58 runs to enter the semi-finals. His seven sixes in one over are the maximum hit in the history of List A cricket.

The Maharashtra opener didn’t go bang-bang at the start of his innings, opting to concentrate on singles. However, he accelerated after reaching his century and capitalised in the penultimate over which fetched him 43 runs. His 159-ball knock was laced with 10 fours and 16 sixes.

Six No. 1 and 3 in the 49th over zoomed past the midwicket region. The second one was over long on. The fourth sailed over long off. Shiva’s next delivery was a no-ball and Gaikwad decided to loft it straight to the sightscreen of the Narendra Modi Stadium’s B Ground at Motera. The free hit was exploited by a hit to long on. Ditto the final delivery. Gaikwad is probably inspired by his Chennai Super Kings skipper MS Dhoni, under whom he has played three IPL editions (2020, 2021 and 2022).

Maharashtra’s head coach Santosh Jedhe was over the moon. “He [Gaikwad] was totally positive. ‘Sir, I want to play this game anyhow,’ he told me. It was an unbelievable and exceptional knock,” the former Maharashtra all-rounder told mid-day on Monday.

Net gains way back then

Gaikwad provided the first signs of his big-hitting ability 10 seasons ago when he gave his bat a workout while practising at the Dilip Vengsarkar Academy nets in Pune. The Academy’s coach Mohan Jadhav revealed yesterday that he dissuaded him from going for those big hits as he was only 14 and didn’t have the required strength to do so in a match. Gaikwad, according to Jadhav, wrote about this in his  diary ‘Sir told me not to hit on the up.’

“Six years later, we [Vengsarkar Academy] were playing an Invitation League game against Deccan Gymkhana at PYC Hindu Gymkhana [in Pune]. We were chasing 260-270 runs and lost early wickets, but he was in a different mood that day and smashed 11 sixes to help win the game with 160 not out. Later that evening, he sent me the screenshot of that diary page, reminding me about the time when I stopped him from hitting those big shots in the nets.

“Ruturaj is like a silent killer of opponents. But I never expected he would hit six or seven sixes in an over. He’s a batsman who loves big innings while playing along the carpet and on some occasions, going for big shots. Today’s knock showed his improved confidence levels,” Jadhav remarked.

Next Story : Australia confirm XI to feature in first Test against West Indies