Lionel Messi missed a controversial first-half penalty for Argentina against Poland but his side recovered in time to register a 2-0 win, their second successive one and move into the knockout stage of the FIFA World Cup as Group C winners 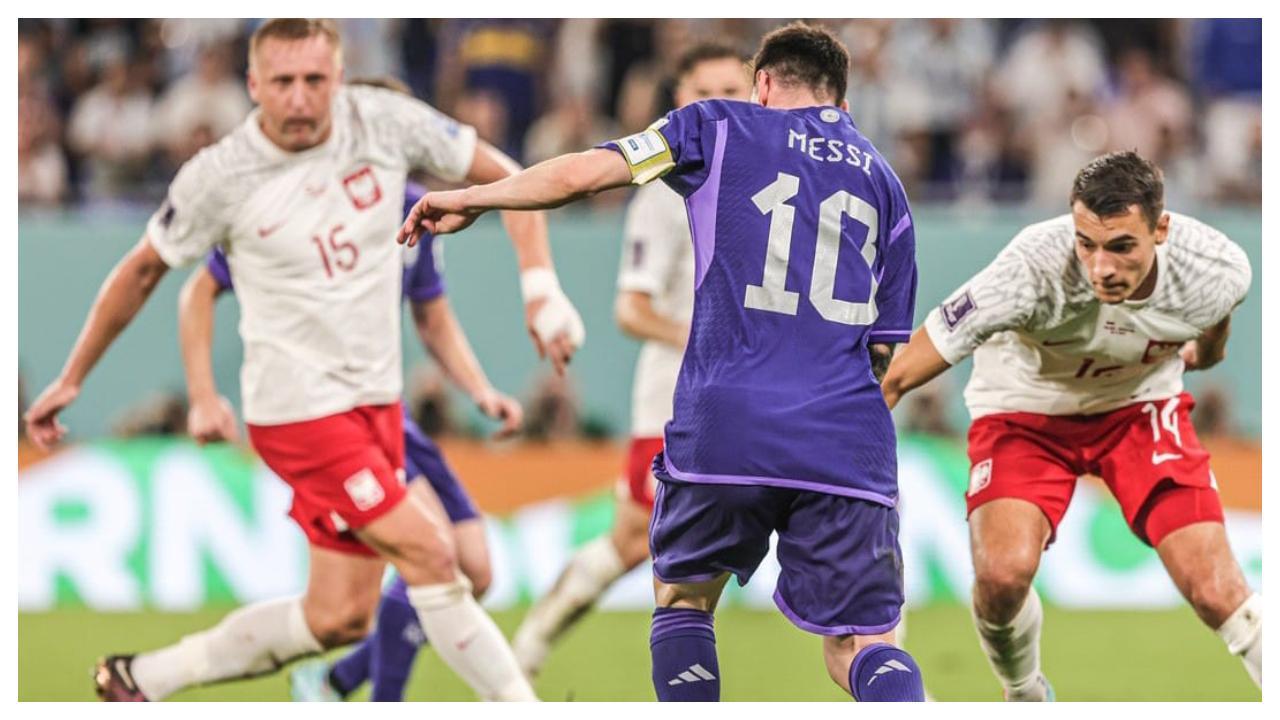 
Lionel Messi missed a controversial first-half penalty for Argentina against Poland but his side recovered in time to register a 2-0 win, their second successive one and move into the knockout stage of the FIFA World Cup as Group C winners.

La Albiceleste scored both the goals in the second half to finish with six points, having started their campaign with a shocking 2-1 loss to Saudi Arabia in the Group C opener.

Argentina as group winners will take on Australia, which finished second in Group D. Poland with one win against Saudi Arabia and one loss, the same as Mexico, qualified on account of better goal difference over their Latin American opponent. Saudi Arabia finished at the bottom with three points for the lone win against Argentina.

Poland which finished behind the group leaders Argentina also qualified for the last 16 stage and will take on defending champions France, which despite their 1-0 loss to Tunisia finished as group winners.

Dider Deschamps side aiming to retain the trophy will aim to continue their strong start to the tournament in the hope of reaching the quarter-finals.

Argentina and Poland join Australia, Portugal, Brazil, England, France, the Netherlands, Senegal and USA, making it ten teams making it to the last 16 stage with another six set to join the qualified teams in the next stage of the tournament.

"It was a very important victory. We were under pressure after first game but have now won the group. Very happy to score my first goal for Argentina. Today was an amazing moment for me and for my family. It's a big moment for me and I will always remember it. We played a big match," Brighton's Mac Allister said.

Mac Allister their last 16 opponents Australia will be tough one.

Argentina were the dominant team in the first session in which Messi's struck two shots on target in the opening ten minutes as Argentina battered at the door of Poland.

They continued to rack up shots through the first half, including a stunning attempt from Rodrigo de Paul from the corner flag.

Julian Alvarez - replacing Lautaro Martinez in the starting line-up - also had a shot blocked from close range in the 36th minute.

Then controversy struck when Messi was awarded a penalty after a VAR review. Poland keeper Wojciech Szczesny had attempted to punch away an Argentina cross but missed, and his hand struck the head of Messi at the back post. Messi had already headed the ball wide of the upright.

But, in a stunning twist, Szczesny saved Messi's penalty with a brilliant diving block - his second penalty save of the tournament.

Argentina playing their best football of the tournament, which will please Scaloni ahead of the round of 16, overcame the penalty save with two goals in the second session.

Argentina went into the lead 60 seconds after the restart with a goal by the Brighton midfielder Mac Allister. Molina got to the touch line and cut the ball back where Mac Allister was waiting - the 23-year-old didn't make a clean connection as he swept it with his right foot, but the direction was perfect and just kissed the far post after passing Szczesny.

The second goal had been coming. It was a brilliant finish from Alvarez. Enzo Fernandez drives at the defence and finds Alvaraz, who takes a touch, swivels and blasts a rocket into the top corner. A brilliant, instinctive finish from the Manchester city man in the 67th minute to confirm Argentina as group winners.

Next Story : Everyone is hard to beat at World Cup: Argentina coach Lionel Scaloni