After winning U-16 Division-I title earlier this month, Matunga side beat Kandivli’s Cambridge School 2-0 to emerge champions of Ahmed Sailor Cup at Cooperage 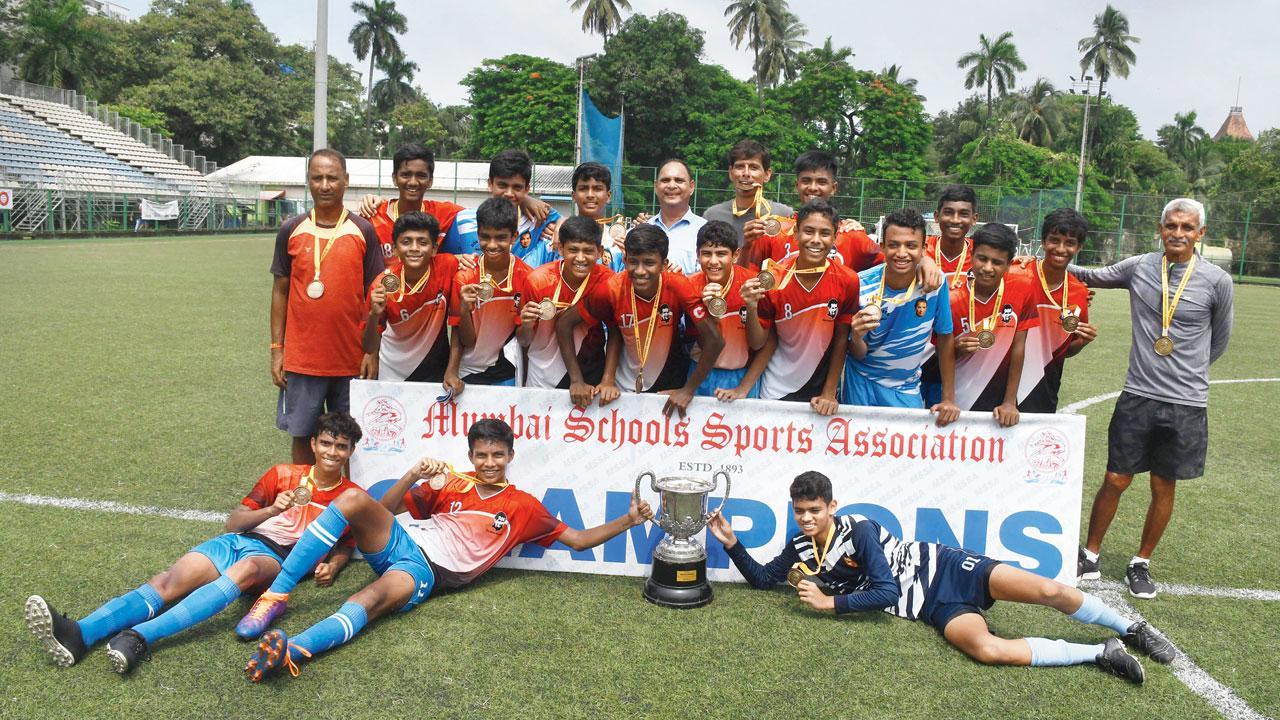 
Don Bosco (Matunga) underlined their dominance in Mumbai schools football by completing the double as they defeated Cambridge School (Kandivli) 2-0 to win the Ahmed Sailor boys’ U-16 title in the MSSA inter-school football tournament at Cooperage on Friday. Earlier this month, the Matunga boys had beaten St Stanislaus (Bandra) 2-0 to win the U-16 Div-I final.

“This win, to complete a double, is a big thing for us, our coach Leslie [Machado] sir and our parents, who have been supportive right from the time we started playing for the school in the U-8 team since 2008. Never before has this team won either the MSSA league or this knockout tournament. So, it’s a first for this bunch. We did finish runners-up and even won third place, but winning both, the league and Ahmed Sailor, is a very big victory,” Don Bosco’s dependable striker Yohaan Panjuani, who has scored 14 goals in MSSA competitions this season, told mid-day.

“I’m confident that we can continue to win next season as only four players will be passing out this year. That means our core will be intact,” he added. Don Bosco dominated play and their attackers made a series of runs towards the Cambridge goal, but all attempts went in vain as they were hasty or wayward with their shots and the first half ended goalless.

On resumption, Don Bosco continued to call the shots and finally tasted success with five minutes to go for the final whistle. Dead-ball specialist Arya Kamble from the left side of the box drilled in a perfect chip to the far corner of the net, giving the Cambridge goalkeeper no chance.