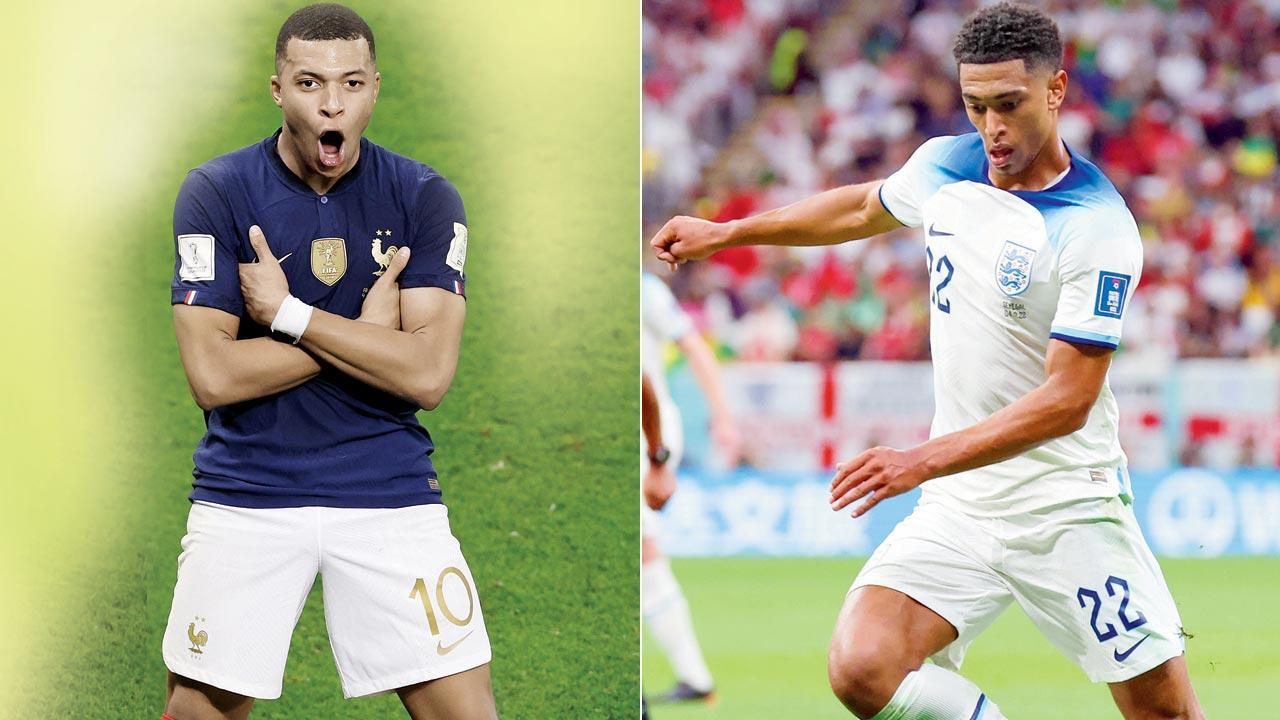 France’s Kylian Mbappe and England’s Jude Bellingham are very different when it comes to their playing positions, but are surprisingly similar in their playing styles.

Mbappe, 23, is a forward while Bellingham, 19, is a midfielder. Yet, throughout this World Cup they have both played the roles of provider and scorer, equally effectively for their respective teams.

On Sunday night, Mbappe set up senior striker partner Olivier Giroud into the history books as France’s all-time top scorer with 52 goals, surpassing the legendary Thierry Henry. Mbappe’s short and sweet pass into the striking circle saw the veteran forward turn-and-shoot (44th minute), without even looking up, to beat the in-form Poland goalkeeper Wojciech Szczesny just before half-time. Late in the second half, Mbappe then beat Szczesny, first to his right and then to his far left with accurate shots for a famous World Cup brace that ensured he leads the Golden Boot race with five goals so far.

At his creative best

A couple of hours later, at the Al Bayt Stadium, teen Bellingham was at his creative best. Bellingham, who scored England’s tournament-opening goal in the 6-2 rout of Iran, was the chief provider this time round. He first set up Jordan Henderson for an easy tap in (38th minute) and then initiated the move from just outside the England box to relay the ball to Phil Foden who squared it to skipper Harry Kane (46th min) to open his account at this World Cup. There are other similarities with Mbappe and Bellingham. Both are brilliant sprinters, stylish one-on-one dribblers and powerful shooters. It’s a pity however, that one of the two highly promising youngsters will see their World Cup journey cut short as England and France face off in the quarter-finals on Saturday.

Meanwhile, coaches and teammates are most effusive in their praise for the dashing duo. “Kylian has been one of the best players in the world for some time now and he is feeling very confident, you can see that in the way he is playing. I knew that he was going to be ready for this World Cup. This is his competition. He knows how to make a difference. I’ve got a lot of attackers, but Kylian is of course an outstanding one,” said French manager Didier Deschamps.

Interestingly, Poland coach Czeslaw Michniewicz was also all praise for the man who ‘harmed’ his team.

‘No recipe to stop him’

“There is no recipe to stop Mbappe in the form he’s in. He is a fantastic player and he harmed us today, but I’ll be cheering for him. At the moment, we have [Lionel] Messi, [Cristiano] Ronaldo and [Robert] Lewandowski, but somebody is going to take over from them and I think Mbappe will be that player in the coming years,” said Michniewicz.

England coach Gareth Southgate meanwhile, admitted that Bellingham has pleasantly surprised him. “I don’t think we could have predicted how quickly Jude would mature. In the last six months, or three months in fact, he has gone to another level,” said Southgate. Bellingham’s teammate Foden is convinced he can go on to be one of the best midfielders in the business. “I don’t want to big him up too much because he’s still young, but he’s one of the most gifted players I’ve ever seen. He has no weakness in his game,” said Foden. Former Manchester United and England defender Rio Ferdinand aptly summed up Bellingham’s brilliance with his tweet: “Jude Bellingham is 19, I want to see his birth certificate.”