On the threshold of another season, India’s Bengaluru FC captain and star striker Sunil Chhetri explains how simple things in life have helped him in his longevity 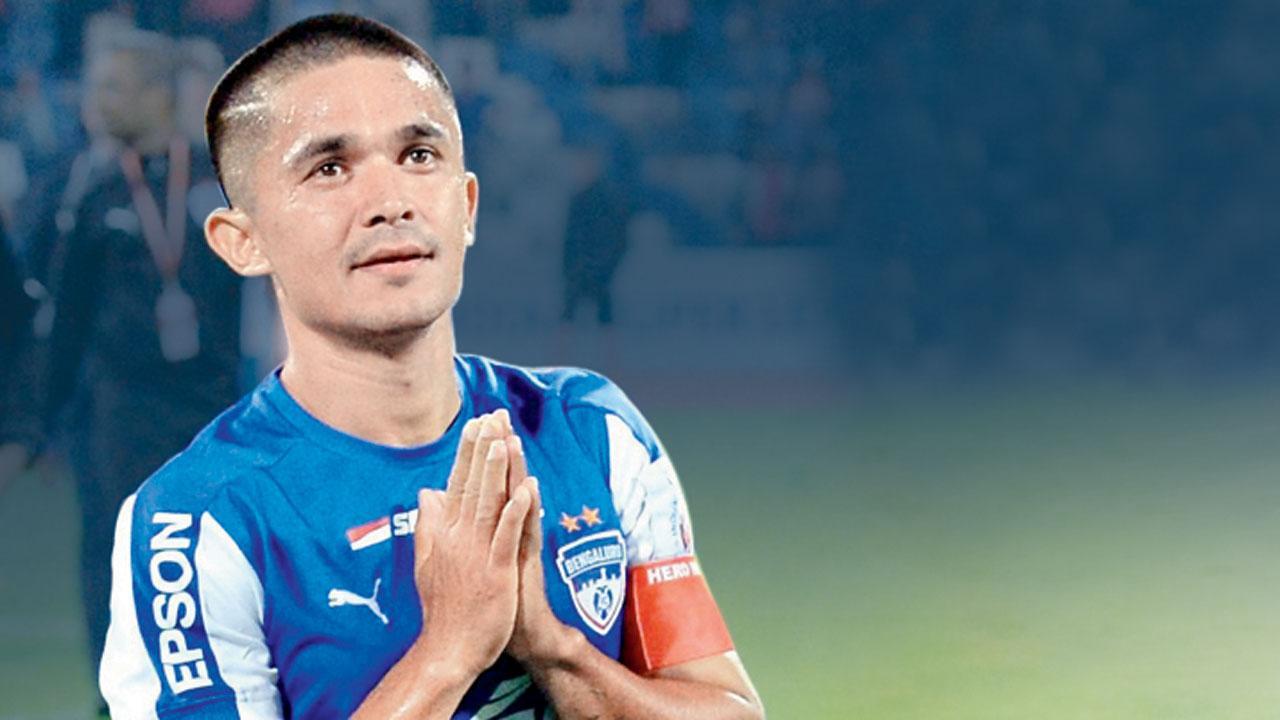 
India football skipper and captain of Bengaluru FC, Sunil Chhetri, who turned 38 last week (August 3), is all set to begin another professional season with the 131st edition of the Durand Cup kicking off in Kolkata from Tuesday. And despite being around for a good two decades, this one is special, he says. “The Durand Cup is very special. It is one of the oldest tournaments which in itself is huge, but more so for me because, as a club, we have not won it. Individually too, I’ve been fortunate to win almost all tournaments that one can in India, but the Durand Cup is missing,” said Chhetri during a virtual media interaction organised by BFC in the build-up to the new season, on Sunday.

So what is it that keeps him going in a sport that is physically and mentally demanding?
“There are a few factors that help me perform the way I do,” he said. “Surrounding yourself with the right people is very important and I’m blessed to have the kind of support I have from my immediate family, friends, my club and my fans. That’s a lot of positives there to keep yourself motivated. Then of course, the fact that I love what I do, also helps,” added Chhetri, who topped the scoring charts with five goals and won the Player of the Tournament in the SAFF Cup.

In the third round of the AFC Asian Cup qualifiers too, Chhetri led from the front, scoring four times in three games and helping India qualify for the 2023 AFC Asian Cup. “I’m living a very privileged life and don’t need added motivation. I also realise that I’m not as young now, so I try my best to keep myself fit always,” added the stylish footballer, who is blessed with not just brilliant feet, but also a fine head on his shoulders.

In reply to a question about changes in his diet or fitness regime given his age, Chettri, who is vegan, insisted nothing has changed: “I eat a lot of what I need and not what I want. In the last four or five years, whatever changes have come into my diet—like amount of sleep, amount of water I drink or amount of rest I take—it’s all very rigid and monotonous because I have found a sweet spot. I know I’m at an age, where I don’t have the liberty to take any chances. Over time, I have realised that the way you eat is the way you want to perform. These are things I live by. It’s very, very simple.”

Coming back to the start of the new season, Chhetri said he’s raring to go. “After a decent outing with the Indian team, I took a 20-day break recently and now I’m back. After the Durand Cup, there is the Indian Super League, then we have an international window and then the Super Cup, so there are back-to-back games. It’s up to the individual to take care of yourself and focus on recovery, which is very important,” he signed off.