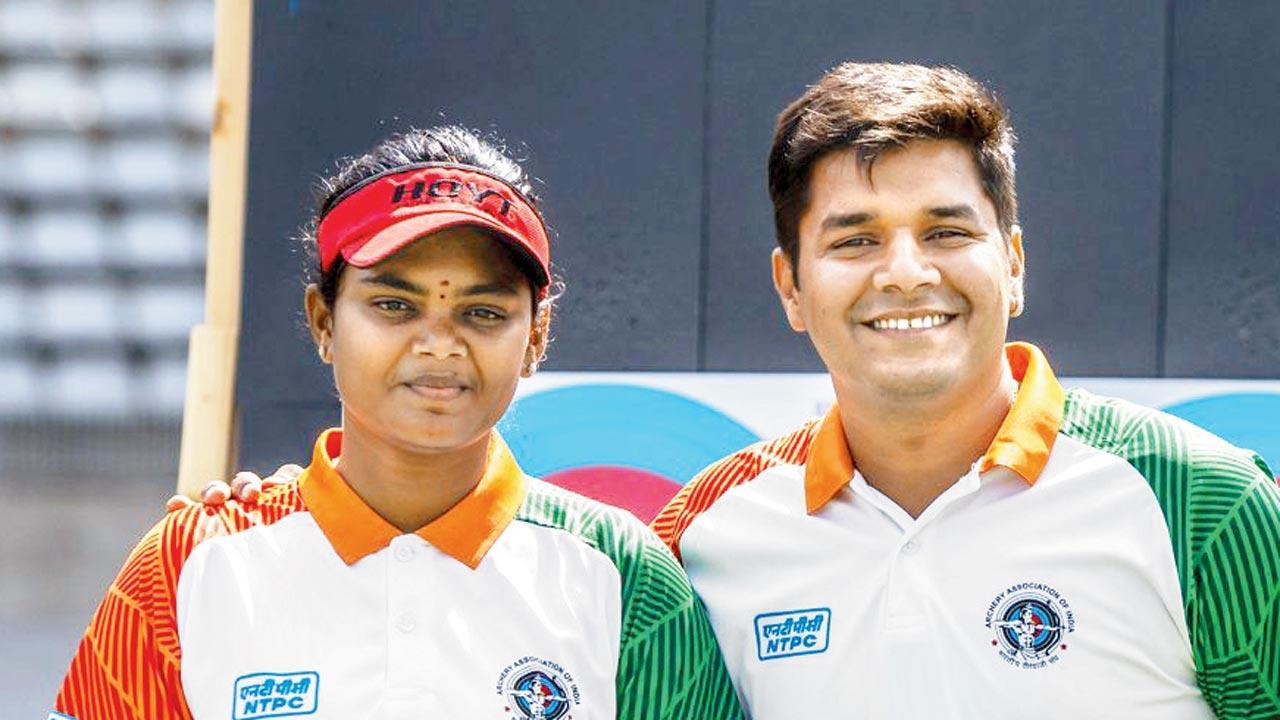 
The Indian compound mixed team archery duo of Abhishek Verma and Jyothi Surekha Vennam won a bronze medal by getting the better of their rivals from Mexico by one point at the World Games here.

Having started off with a perfect first round, the Indian duo faced some resistance from Andrea Becerra and Miguel Becerra, who levelled the second end.

But Verma and Jyothi held their nerves to return strongly in the third end before slotting in a perfect final round to clinch it 157-156 in their bronze medal playoff on Saturday.

According to an Archery Association of India statement, this was India’s first ever medal at the World Games and for former World Cup gold medallist Verma, this was his 50th podium finish at the international level.

Verma’s individual campaign however ended in disappointment following his dream run that saw him eliminate world No. 1 and world champion Mike Schloesser of USA in the quarters.

Next Story : Wimbledon: Novak Djokovic goes seven up; one title behind Roger Federer