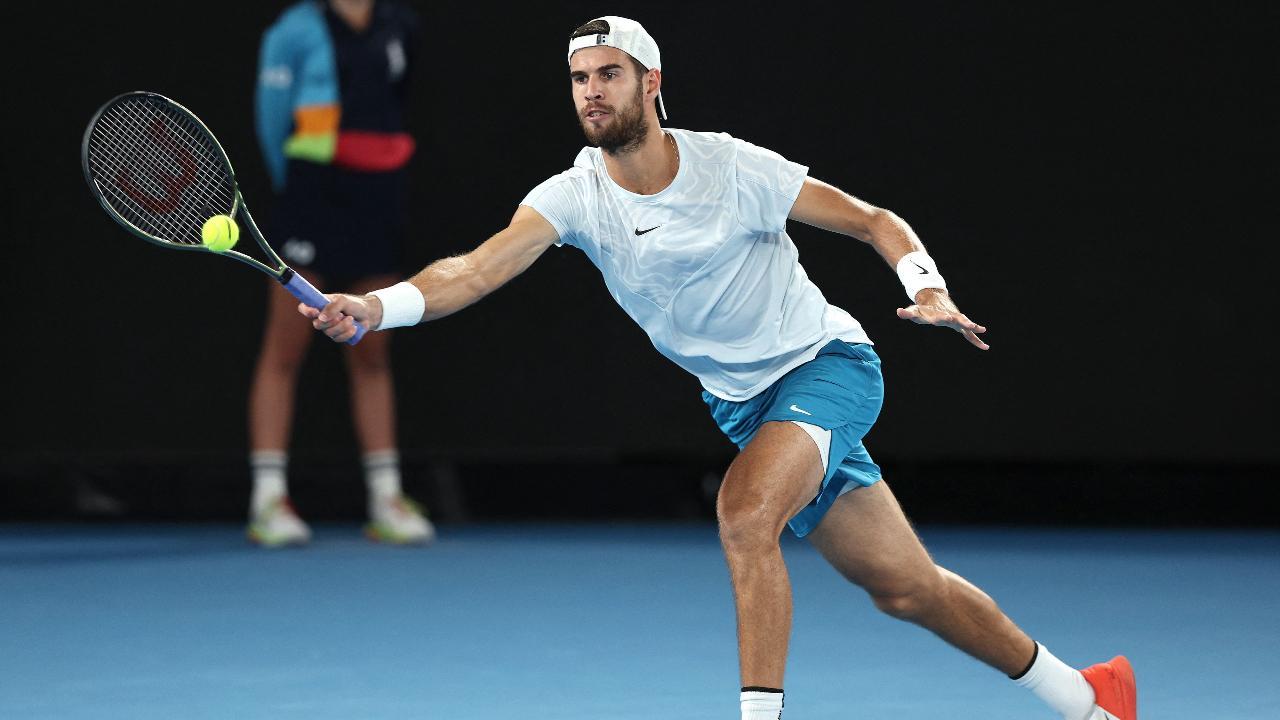 
Karen Khachanov advanced to his second consecutive Grand Slam semifinal on Tuesday after Sebastian Korda retired in the third set of their Australian Open quarterfinal match with a right wrist injury.

The 18th seed Khachanov was leading 7-6(5), 6-3, 3-0 after winning seven straight games following a medical timeout for the American midway through set two.

Khachanov won a hard-fought opening set, regrouping with a strong tie-break after failing to serve it out at 5-4. He then saw three break points go begging early in the second set as he stayed on top with his consistent baseline game.

Korda received a medical timeout and had his wrist taped at 3-2 in the second set, and he struggled to control his forehand once he returned to the court in Rod Laver Arena as Khachanov quickly extended his lead.

Khachanov became the 10th active male player and the 50th in the Open Era to reach that stage at all four Grand Slams. He has now won his past two major quarterfinals after his run to the semifinal at the 2022 US Open.

"Back-to-back semifinals in a Grand Slam, it feels great," Khachanov said in his on-court interview. "Not the way you want to finish the match. I think until a certain point it was very competitive. A very good battle. Sebastian beat one of my friends Daniil (Medvedev) and five sets against Hubert Hurkacz - he's been playing great tennis. Big applause to him.

"I think I've kind of reinvented myself," he added. "I've always believed in myself, and when you get a great result, it shows what you're capable of, and then you start to believe more and more. This belief and self-confidence I believe appear much stronger after the US Open. I hope to continue to grow as a person and a sportsman."